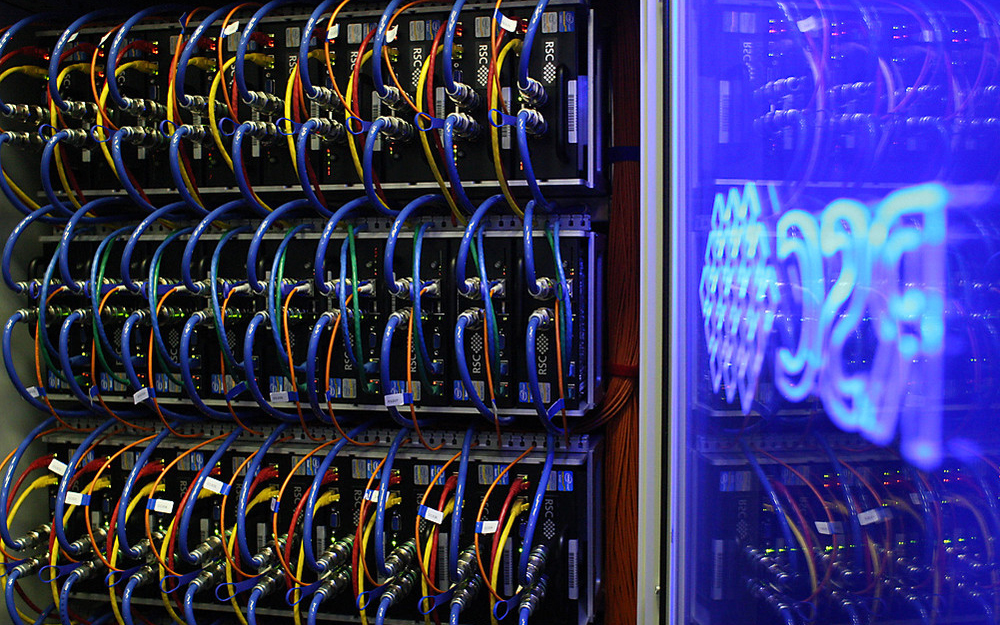 Only twenty of the very best applicants will be able to study at one of the most innovative master’s programs of the Moscow Aviation Institute, and that means that they will gain access to the wonderful world of supercomputers and those incredible opportunities that modern technologies grant to humanity.

Why do we need supercomputers?

A supercomputer is a computing cluster that consists of several powerful computers, servers, and data storages brought altogether via special software that distributes tasks between individual blocks and optimizes data processing. Supercomputers are able of performing various supercomplex tasks. They are used where it is necessary to take into account, analyze and evaluate many different factors and use large volumes of constantly updated information: from weather forecast to digital production and modern technological devices operation.

It comes as a no surprise that the master’s degree program "Technologies of supercomputer modeling of complex technical systems" is launched in MAI, since aircraft engineering is a high-tech industry that develops, launches and maintains transport equipment of the future. The supercomputer helps to develop the concept of the aircraft, conduct its testing (including emergency situations tests), assess reliability, configure the operation of airborne systems and search for optimal operating modes. On the basis of supercomputers, new equipment is being prepared for certification, and future pilots are learning to operate it under great variety of conditions and modes, using virtual simulators and immersive training complexes.

Sergey Krylov, the Director of the Institute 8 "Information technologies and applied mathematics: "Supercomputers allow us to design, produce, operate and maintain new aircraft more efficiently, at lower costs and quicker, and the most important thing about them is that the data provided by them is more reliable than the field experiment data, because computer excludes the „human factor“ from these processes."

Why this very program?

Unlike most master’s programs in the field of supercomputers of other Russian universities, the MAI IT master’s program has a specific practical focus: supercomputer modeling technologies are studied via solving specific practical tasks. Students take part in real projects using supercomputer modeling for complex technical systems. They receive unique and highly demanded education at the intersection of the engineering knowledge and knowledge in the field of computer science and engineering, applied mathematics and natural sciences. 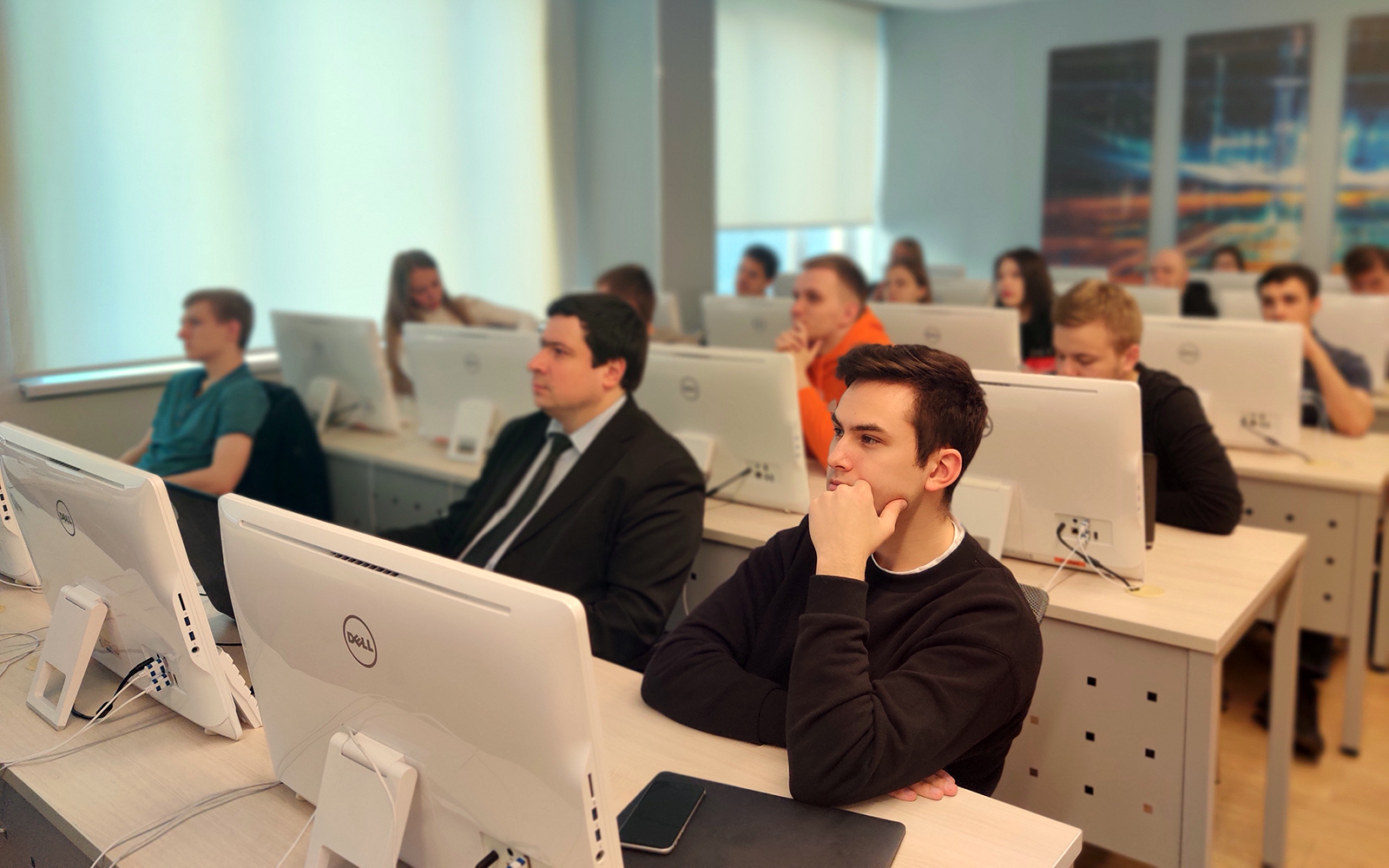 Maria Bulakina, candidate of Technical Sciences, associate professor, head of the it Center of MAI:

"Since the program was developed at the intersection of professional competence areas, we can distinguish two groups of applicants, who, primarily, are expected study at the MAI IT-master’s program, and as a result we will have two types of graduates.

First, we expect to develop the design engineer digital competence of a designer, or a technologist who gains new applied knowledge in the field of computer science and engineering and the skills so he/she would be able to apply modern supercomputer modeling in their main subject area. He/she becomes an expert who is able to set tasks for IT developers, fully understanding what engineering tasks they can solve basing on supercomputer modeling and optimization, and how they should develop solutions to these problems.

Second, we are ready to expand the competence of the experts in the field of information technology, of those, who not only study how the specific technologies work on computer clusters, not just write good code and make interfaces software engineering aware of the issue, but who understand the peculiarities of modern technologies applied for production of complex high-tech equipment and the specific features of its operation".

What will it teach you?

The master’s program includes mandatory part that forms the universal and general professional competence of the training area. In addition to the mandatory part, the program includes a part that is developed basing on the specific professional interests of students, project tasks of industrial partners and, in fact, the scientific interests of the competence center for mathematical modeling of MAI — the scientific school of supercomputer modeling.

Mandatory subjects include courses that develop soft skills, which allow student to organize the work of large computing clusters and the interaction of teams that develop and apply supercomputer modeling technologies for complex technical systems effectively and efficiently.

The profile part of the program is formed by specific applied disciplines, where methods, models and tools of modern computer technologies for complex technical systems design are revealed on the examples of real engineering problems. At the same time, the choice of specific subjects depends on both students and industrial partners of the program as well as the tasks that will be relevant for them. 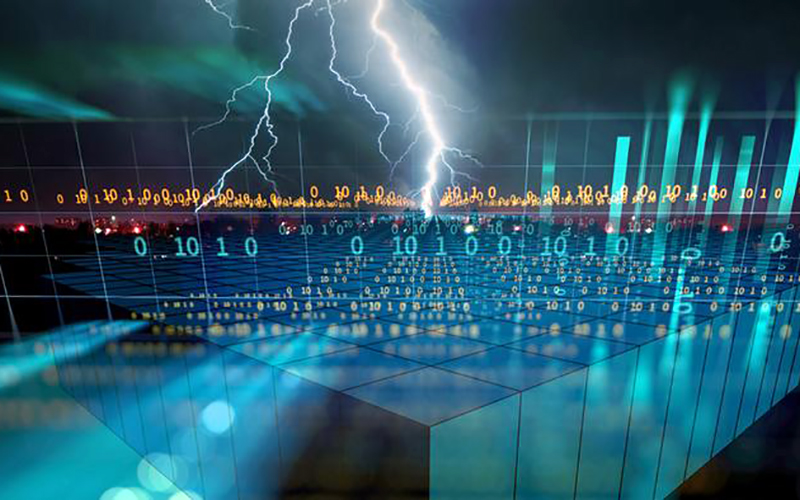 The program comprises not only theory, but also practicum, which is divided into two unequal parts:

In the first semester, there is training, production and technological practicum aimed at developing skills required for interaction with the supercomputers. It is implemented in a distributed format, that is, it is combined with the process of theoretical subjects studying.

Starting from the second semester, production and technological practicum is provided, during which students solve specific practical tasks at the intersection of IT and engineering calculations. This practicum will take place either in the laboratory of the MAI mathematical modeling competence center, or at partners’ premises, where similar tasks are solved, for example, at the Institute of system programming named after V.P. Ivannikov, and at the Institute of General physics named after A.M. Prokhorov (RAS).

The master’s program is academic, meaning that it provides a block of research work, and it allows one both to generalize and generate new scientific and practical approaches in the field of supercomputer modeling and optimization of complex technical systems.

"Currently, there is a need for new qualified personnel to perform interdisciplinary IT projects using supercomputers."

Where does the training take place?

Although the graduating Department is Department 806 «Computational mathematics and programming», a row of disciplines is delivered by the Department 101 "Design and certification of aviation equipment", which also develops and implements this program. This is the main Department of MAI, the ancestor of the Design departments of the Institute, which trains the engineers for aircraft design. 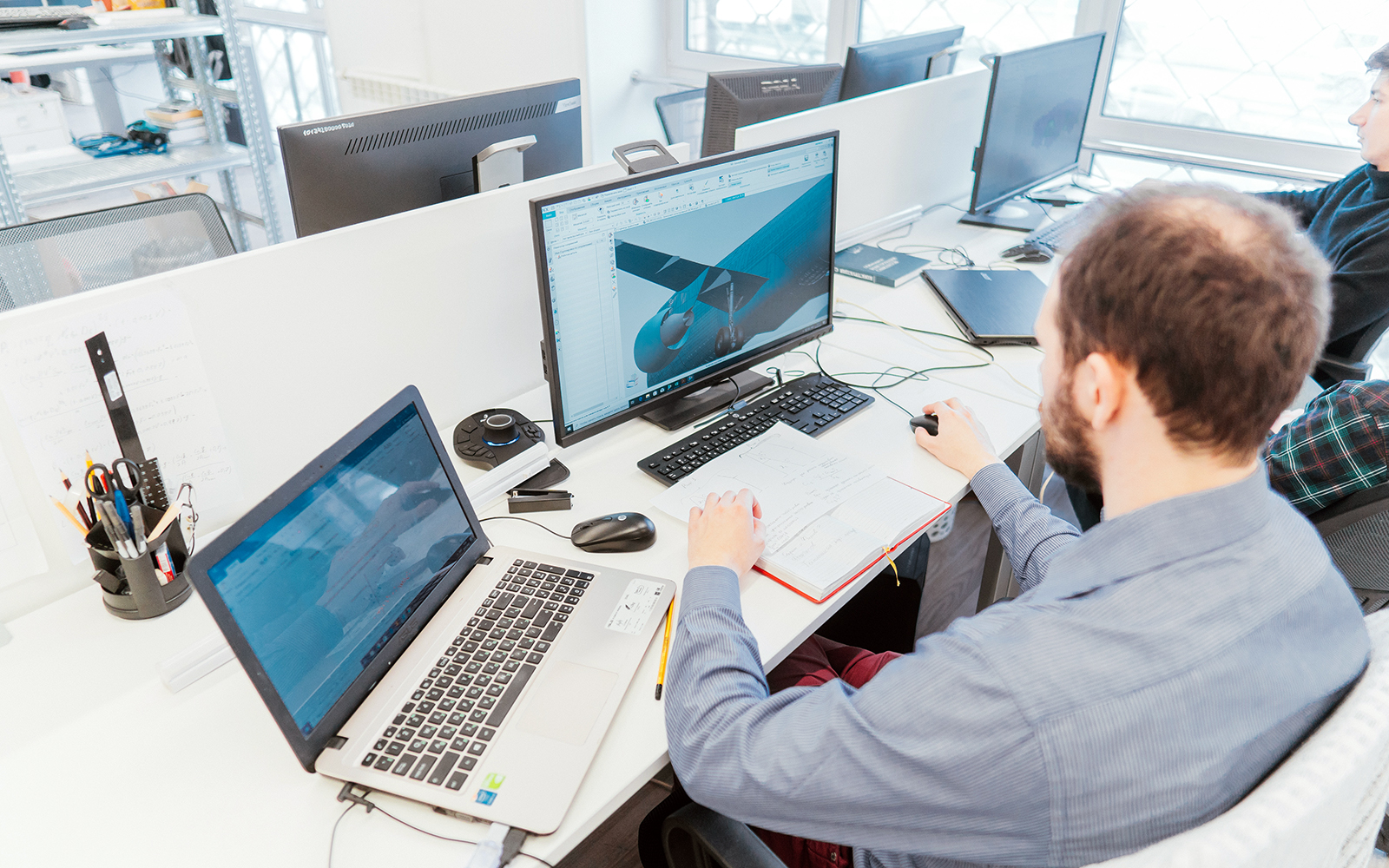 The architects of the program are Sergey Strizhak, Candidate of Technical Sciences, senior research fellow of the ISP RAS, and Dmitry Strelets, Deputy Director of the design and research center of the Sukhoi branch of the Sukhoi design Bureau, head of NIO-101 MAI. For a long time, they have been researching the problems of modeling and optimizing complex technical systems, as well as in recent years they were developing the field of supercomputer technologies for solving engineering problems. They both are most competent theorists and practitioners in this field.

Svetlana Lyapina, head of IT master’s programs at the MAI IT Center: "The applicants who would like to study under this program should evaluate their opportunities realistically, because the program is quite stressful and requires the mobilization of intellectual resources. And, of course, one need a very high level of self-organization as well as willingness to sacrifice something for a prospect of further successful professional career."

The portrait of an applicant

Graduates of bachelor’s and major’s in engineering and natural science degrees, as well as graduates of computer science and mathematics programs, have an advantage as far as the enrolling is concerned if they pass the interdisciplinary examination successfully.

We are going to organize electives for those enrolled to the program: for students with an engineering background — in the field of programming and higher mathematics, and for «mathematicians» and "computer scientists" — in the field of engineering. And one also needs a good command of English language, so those who have not yet reached the required level are going to have an elective in English.

The portrait of a graduate

The graduate of this IT master’s program is designed to solve complex engineering problems using modern information technologies. At the same time, they must understand the essence of these tasks and understand modern technologies for the production of high-tech equipment. And of course, a graduate of the program must be confident in operating information resources and know modern computer tools well.

What to apply for?

According to the experts, there are currently more than 100 vacancies in the field of design systems modeling and development in the Moscow region alone. The salary is from 100 thousand rubles a month, plus social package, since we are talking about key employees who provide the main factors of competitiveness of complex expensive equipment. 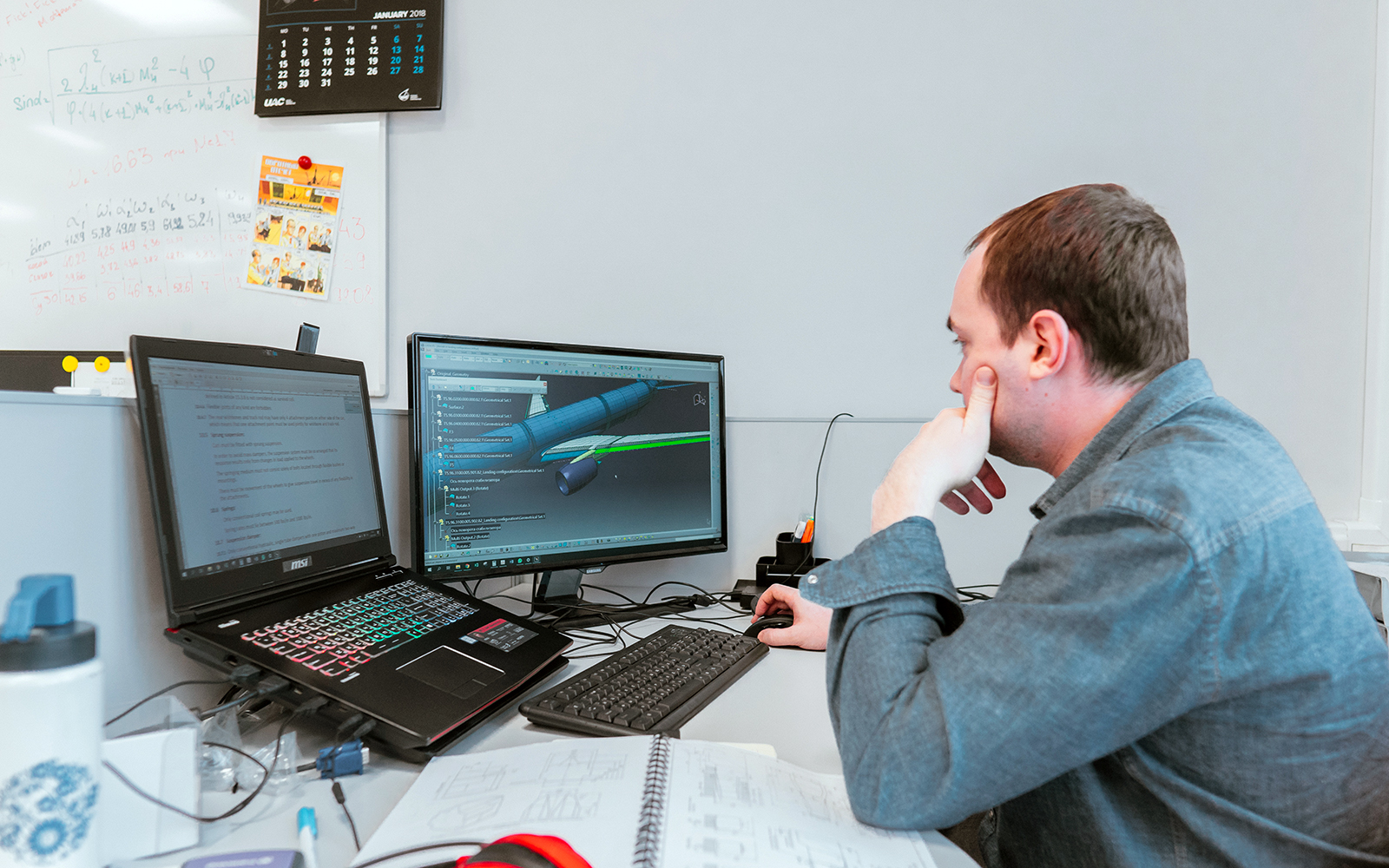 The external life of the MAI IT Center is also very interesting. Students are invited to participate in the implementation of real projects and research from the very first day. The knowledge they receive does not have time to "age". Teaching is conducted in the real time mode: as soon as new technology, a new framework or a new model appears, they are immediately included in the program.

Svetlana Lyapina: "This program implements the agile principles, that means that it will change as long as new technologies become available. In addition, the IT Center has diverse student life: from hackathons and creative competitions to workshops of industry gurus and excursions to the leading enterprises of the industry. On the basis of the IT Center, a community of IT graduates of MAI is being formed, they act as experts, potential employers, and customers, and some come to teach and share knowledge with our students."

This is a unique opportunity to get the most modern education, and even if this is the most difficult of all the master’s programs, it is also the most interesting one.