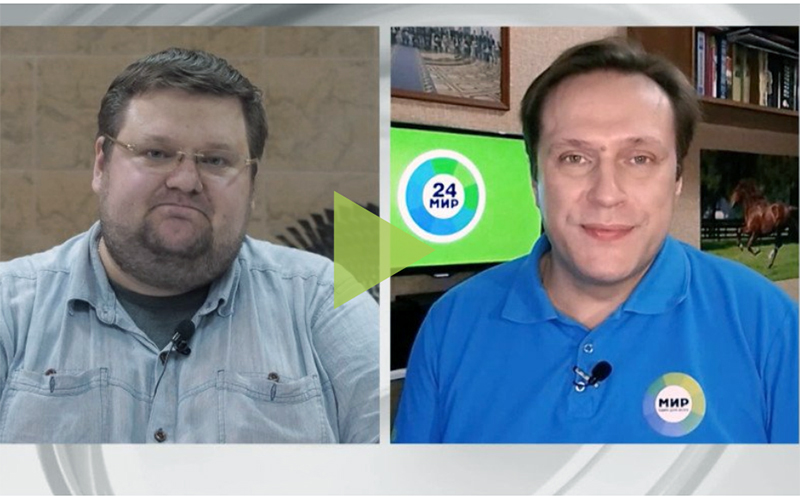 For the very first time in Russia an aircraft engine made on a 3D printer was tested. The production time of the main engine elements, according to the Foundation for advanced research, was reduced by 20 times, the cost — twofold. Alexey Ionov, Deputy Director for science of the Institute No. 2 «Aviation, rocket engines and power plants» of the Moscow aviation Institute, told MIR 24 TV channel how reliable it is.

Yes, certainly this is a success, because speaking about gas turbine production, there are almost no examples of engines completely printed on a 3D printer. There are some elements — this is the mainstream in the engine industry worldwide. This is an example of the fact that Russia is at the forefront of science, creating a final product that can work for the customer.

How did 3D printing affect the quality?

This is a complex issue, because science tells us that 3D printing has its own field of application, and it would be incorrect to state that 3D printed details are always cheaper and of higher quality. It is necessary to say that under certain conditions — a small serial number of products — 3D printing at the stage of research work significantly speeds up and reduces the cost of all development processes. If we used to need a year to put parts into production, now we can do it in three days. This is a completely different level.

There are certain questions about quality. We must understand that this is a completely different industry in terms of metallurgy and materials. We might lose quality and reliability, though we would gain as far as some other characteristics are concerned. When we say that we need to provide resource, durability, reliability — all that always comes as a result of systematic work. In the context of 10-15 years, up to 15-20% of aircraft parts, missiles, and engines will be made with usage of additive technologies.

The aircraft engine experiences huge loads. What are they printed of?

These are special heat-resistant alloys which characteristics are similar to those used in classic production technology. If we are talking about the hot part of the engine, it is mainly casting.

If we take a gas turbine engine blade for example (the blade dimension is the aircraft engines that we fly in Russia and abroad), it is printed on a 3D printer, and made of a metal-cobalt — chrome alloy. Its temperature and performance characteristics are close to that of real engines. But we are at the beginning of the road. There are works on printing from ceramic materials that allow you to raise the temperature of the turbine by 200-300 degrees Celsius. This means that fuel efficiency will be increased by 15-20%. Aircraft engine generations differ in fuel efficiency by a maximum of 5%. The use of ceramics will be a revolution in terms of fuel efficiency and flight prices. That would be a breakthrough in terms of the economy of flight.

For what type of the aircraft is the printed engine meant?

We are not talking about serious machines, this is a small engine with a thrust of 40 kg. They are applied as engines for jet hobby. You can watch videos on social networks, but now they have taken the next step. Thanks to the development of small-sized unmanned aircraft for various civil and military purposes, they have received a huge boost in development around the world. Many companies make lines of small engines — 15 kg, 40 kg, 100 kg. These are drones, engines for dispersing gliders, engines for saving small aircraft. They have their peculiar niche. People do not fly them yet, but there is a well-known example: last year there was man-piloted flight across the English channel on a jet wing — there are 4 engines, and the Foundation for advanced research says that this is their field of application.

What is the next step? Maybe, the adaption of the printing technology for larger engines?

And we now are working, and our aviation industry, and the rocket industry are currently working on that. Recently, there were news about the signing of an agreement between Aviadvigatel and the Center for additive technologies, located in Moscow, for the serial production of parts for the PD-14 engine. These parts have passed certification tests, the first engine produced will be with 3D-printed parts. We have made quite a lot of progress. The distinctive feature of the engine, described by the Foundation for advanced research, is that it is printed from domestic materials completely, using domestic technology.

Is it possible to print parts of the fuselage, for example?

We deal with the economy and technical limitations here. The larger the part, the more difficult it is to print, the bigger the printer, the more material. At the moment, from the point of view of the economy (unit per kilogram of a ready-made product), additive technologies can only be mass-produced by aviation and space, and also only in limited sizes. The largest printing plants made of metal are up to half a meter in size, while this is the limit, they are unlikely to move into the niche of larger installations in the near future. This is technologically difficult and very expensive.

Recently, there was news that a 3D printer printed a house. Is there the whole difference in materials?

Yes, it is all about the materials. We print using metals, very exotic alloys, there are rare earth additives, so the materials are very expensive.

In which sectors in the nearest future, might 3D printing bring the traditional technology to an end?

Medicine. As for oral medicine, almost 50-70 percent of the market is occupied by 3D printing — tooth-implants. Now in many clinics that deal with implants, there are printing machines that make implants out of titanium. There are also bone replacements, traumatic brain injuries. We just don’t know much about it, but from the point of view of medicine in China, in the US, in Europe, in Russia, additive technologies already have 15-20 percent of the market and the numbers will increase.

Each person needs an individual implant. It is expensive to make it using classic technology, and 3D printing allows you to scan a person on a tomograph, get the geometry of the bone and make it exactly the same, with the same properties and characteristics as the lost part of the skeleton, for example. Medicine is something that is at the forefront here.