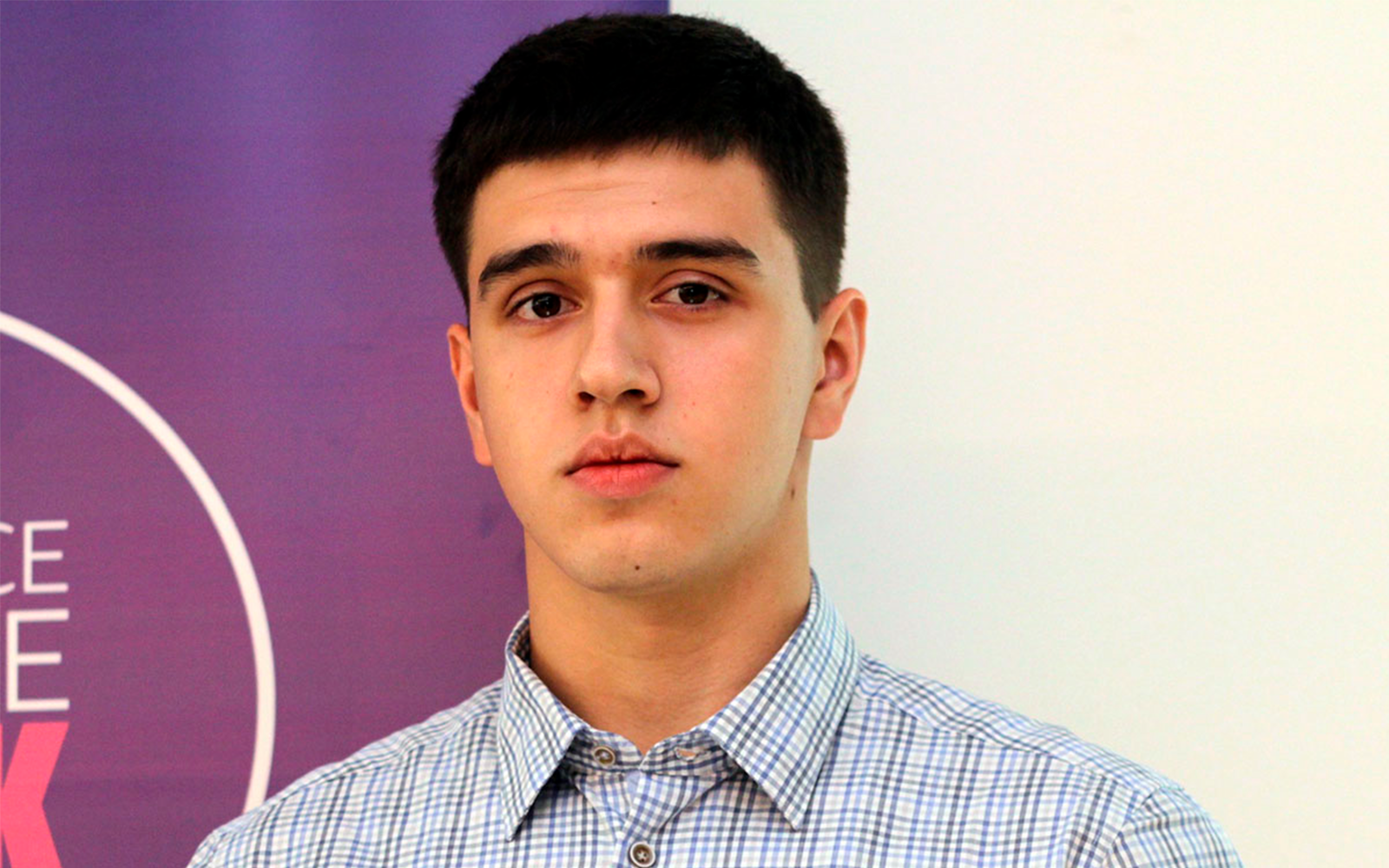 The 4th-year student of the Department 301 Ilya Klimov is the author of the system. While working on the project, it is his responsibility to develop the drawings and design the structure itself. Two of his fellow-students — Kirill Gavrilin and Rodion Shaikin — help Ilya in his work. Kirill searches for conferences, places for publications and prepares articles, while Rodion prepares materials for speeches and publications. They both are actively involved in the process of development of the device and its further implementation too.

"It all began after my first publication titled „The analysis of the possibility of creating a multirotor platform with a hybrid power plant“. Having come to the conclusion that the transition from conventional batteries to gasoline or hydrogen storage used in hybrid systems is quite effective, I started working on a project around which the friendly team of three people appeared by the middle of the second year." — Ilya said.

Vladimir Borisovich Chemodanov, the project scientific supervisor, Doctor of Sciences, Professor, Head of the Research Department and scientific-production center "Aviatika" Department 301 "Systems of automatic and intellectual control" provided complete support to this work and so did also the entire teaching staff of the Department, for the reason that in order to solve various control problems, the team requires profound consultations from various experts.

The peculiarity of the new MAI project is that the new scheme allows to increase the efficiency of the aircraft by 30%, if compared to its closest counterparts. The platform is also universal, which means that it is possible to upgrade the device.

"Due to the implementation of a special coupling, the platform might be either a tethered flying probe (due to cable power system), or a device with an internal combustion engine. However, we are not going to stop there. If necessary, any other engine might be used for the platform", — says Ilya.

The flying platform is equipped with four electric motors with propellers that provide angular stabilization of the device, and one electric motor driven by four main rotor propellers, which comprises the most thrust to lift the device into the air. There are two flight modes: manual (via joystick) and automatic (via setting flight points or a ready-made route in the program). The approximate working time is 30 minutes or more (depending on the load).

All tests were conducted at the MAI airfield in Alferevo and on the territory of the Institute, but the testing still continues. During the upcoming academic year, the students are planning to study the fuel consumption of the device.