Dedicated to the 90th anniversary: the Space Crew Was Met with the MAI Flag 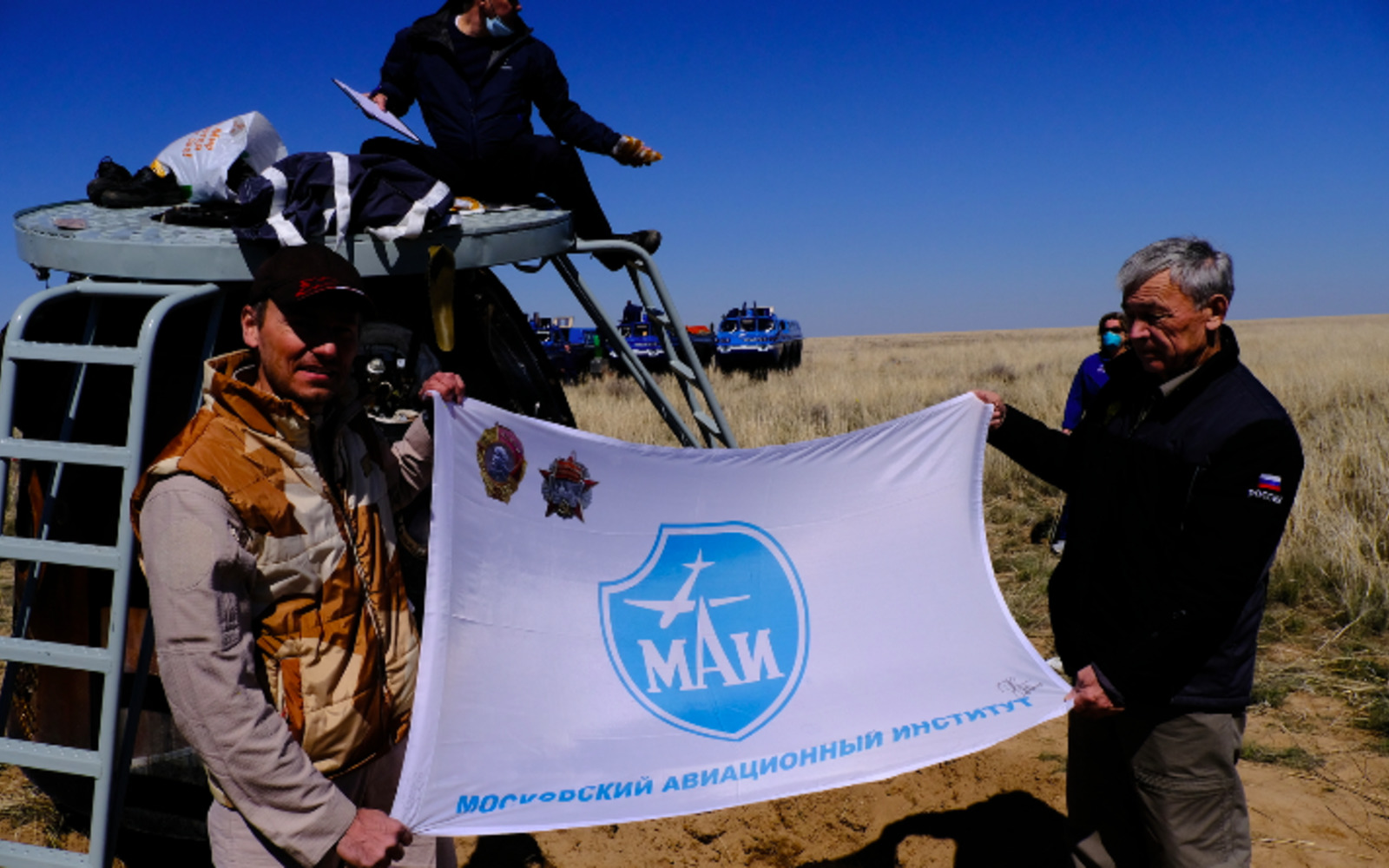 A ship landed in the steppes of the Karaganda region of Kazakhstan. As part of the celebrations marking the 90th anniversary of Moscow Aviation Institute, acting director of the MAI Voskhod branch in Baikonur, Anatoly Prosochkin, and graduate of Department 608 "Design of Aerohydrocosmic Systems" Sergei Samoilenko met the crew returning from space, and organized a photo-video shooting with the branch’s MAI flag on the background of the descent vehicle.

Soyuz MS-15 is a Russian transport manned spacecraft launched on September 25, 2019, from the Baikonur Cosmodrome on the Soyuz-FG launch vehicle to the International Space Station. The main crew members Oleg Skrypochka and Jessica Meir spent 205 days in orbit. It also included the first UAE astronaut, Hazza al-Mansouri - he returned to Earth after 8 days. The launch of the Soyuz-FG rocket was the 70th and final launch in the history of this rocket.