MAI Team is a Participant in E-sports Competitions Among Universities 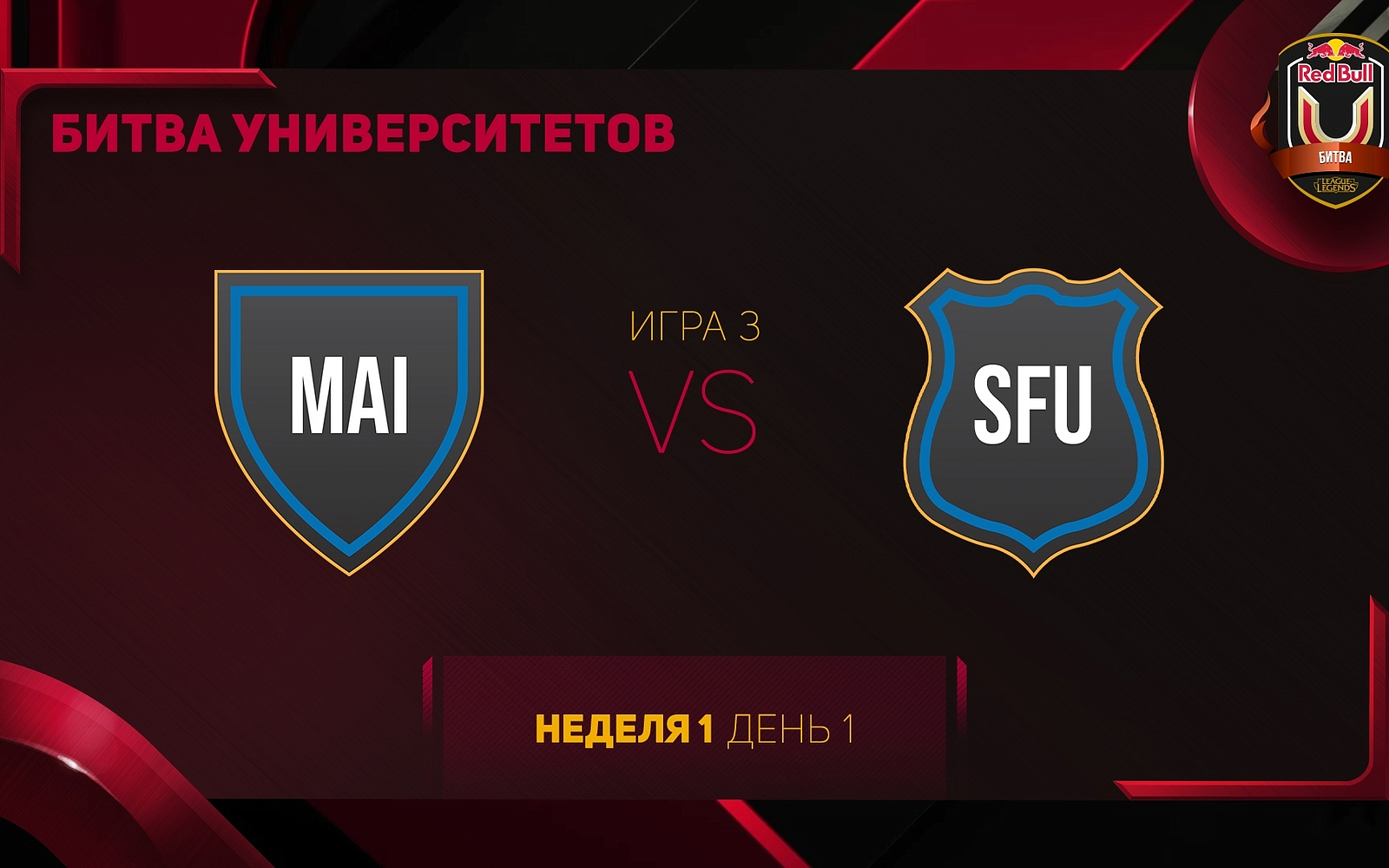 On April 3, the new season of the Red Bull Universities League of Legends program started. A team of MAI students takes part in student e-sports competitions. The MAI team has six people, some of whom already have experience in such competitions.

MAI students won the match against Southern Federal University (Rostov-on-Don) and lost to Saratov State Technical University (the MAI team will have another meeting with this team in the near future). According to the rules of the competition, the best teams of the tournament will go through three stages of the competition, after which they will compete in the big LAN finals. The winners will receive the main prize - participation in the International College Cup 2020.

“It is not true that the victory against Southern Federal University was easy, but we were confidently waiting for the late stage of the game so that the Kassadin could gain his strength and calmly end the game,” says a member of the MAI team, fourth-year student of Department 308 “Information Technologies”, School No. 3 "No.3 Control Systems, Informatics and Power Engineering" Ilya Samuilov. "In League of Legends, I started playing at school, I joined the MAI team three years ago by submitting an application on the League of Legends website. At the moment, we have in our team those who have already participated in the battle of universities, and even one winner.”

An open qualification took place on April 3-4, after which on April 8 the eight best teams started a series of meetings in the group stage of the program, which will last until April 23. The participants are students from different universities in Russia and the CIS (Moscow Aviation Institute, Kharkiv National University of Radio Electronics, National Aviation University, Russian University of Transport, Kazan State Power Engineering University, Southern Federal University, St. Petersburg State University and Saratov State Technical University).

Teams are divided into two groups that hold two rounds of games in the format of matches until one victory. The games will be held on Wednesdays and Thursdays for three weeks. All matches of the group stage will be broadcast live on the Live Portal, and they can also be viewed in the recording.

The playoffs will be waiting for the participants on May 2-3, then the online training stage will take place, which will last until May 25. Thereafter the University Cup will be held on May 31, where the strongest teams will meet in the offline final of the Red Bull Universities League of Legends.

The winner of the University Cup will go to the international student tournament in League of Legends, the exact dates of which will be announced later. 10 days before the start of the international tournament, the team will join by the Red Bull bootcamp, where, under the guidance of a professional trainer, the students will be able to form the right attitude necessary for victory.