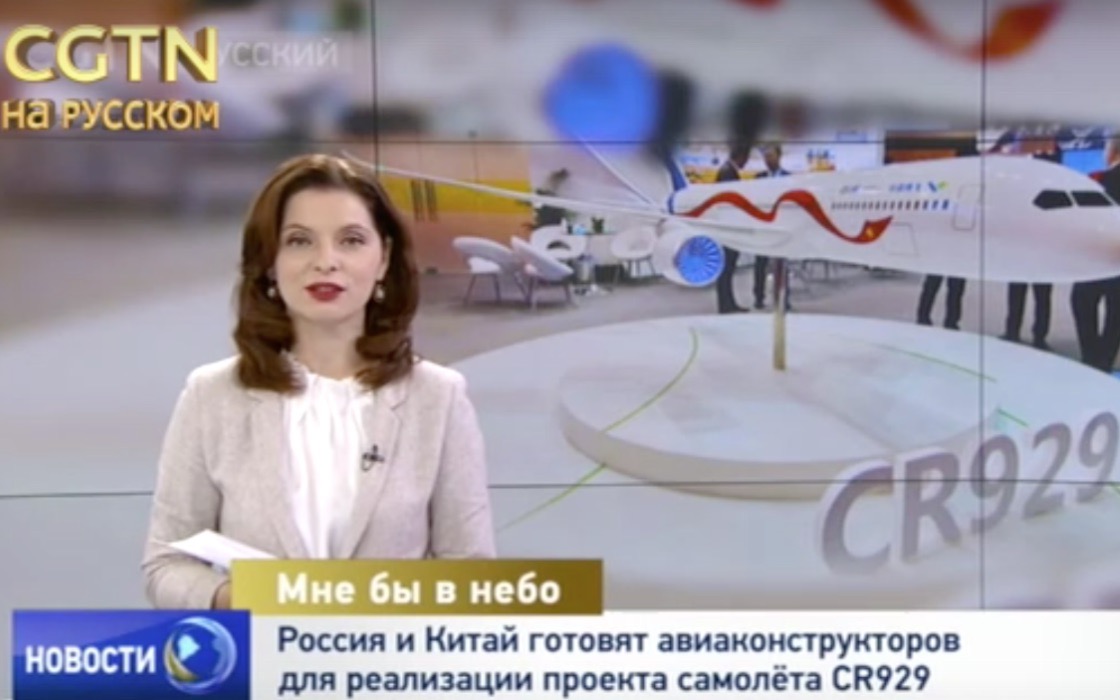 Forward to new heights. Students of Moscow Aviation Institute and Shanghai Jiao Tong University (SJTU) received diplomas. This is the first wave of specialists for a joint project between China and Russia - the development of a wide-body long-range CR929 aircraft.

Aircraft engineers are ready to take off. Straight ahead is adulthood. Yesterday they were students, and now they are graduates with international diplomas.
Ilya Konstantinov, a graduate of MAI-SJTU joint master's degree program, noted: "Not everyone fully understood what was happening, because we had defended our theses for two days in a row, and after that there was a graduation ceremony. It was very solemn, joyful and very proud." Ilya recalled how quickly two and a half years of the master's degree program had passed.

The first diplomas of the MAI-SJTU joint program received 52 students - 29 from Russia and 23 from China.

Anastasia Zubova, a graduate of MAI-SJTU joint magistracy, said: "I see myself in the program management. This is a direct interaction with a project team, with allies. I will track deadlines, create production plans for a year, three or five years." Anastasia's specialty is product lifecycle management. The girl plans to use knowledge in the work on the project of a wide-body long-range CR929 aircraft.

Students, during the study, have internships in partner companies, work with 3D models and mockups of the future aircraft, and after graduation they immediately get places in design bureaus.

Zhong Xuesong, a student of MAI-SJTU joint master's degree program, said: "Civil aviation is now represented mainly by large European and American companies such as Airbus or Boeing. It is time for China and Russia to combine technology and take their rightful place in the market."

The curriculum China and Russia prepared together. Students spend a year in Moscow, a year in Shanghai. Classes are divided into three blocks: lectures, laboratory works and practice.

Anton Matushkin, associate professor at the MAI Department "Design of Aircraft Engines", said: “People who at one time were engaged in engine design and their production teach students. They are taught on the engines' samples of different generations. We told them what has changed, why it has changed in such a way, so they could not make mistakes when they would design new engines."

A joint Sino-Russian aircraft will be able to transport about 300 people at a distance of 12 thousand kilometers. Russia is responsible for wing development and mechanization, and China for the fuselage and fins. The elements will be tested in a special aerodynamic tunnel.

CGTN correspondent Yevgenia Strygina said: “The model is suspended by steel cables. And using the mechanisms on the control panel, the angle is changed. This way they check the loads that the aircraft can withstand.”

Every year, the joint master's program program expands. Indeed, for the successful implementation of the project, according to experts, you need to grow at least 5-6 thousand engineers.

Head of MAI Directorate of Advanced Scientific Programs, Roman Klinovsky, said: "Each intake is about 50-60 people. We plan to open new directions within the framework of this program and want to increase the number of annual graduates to 80-100 people."

The flight tests of the aircraft will begin in five years, and in seven years, according to the plan, the first deliveries will begin.