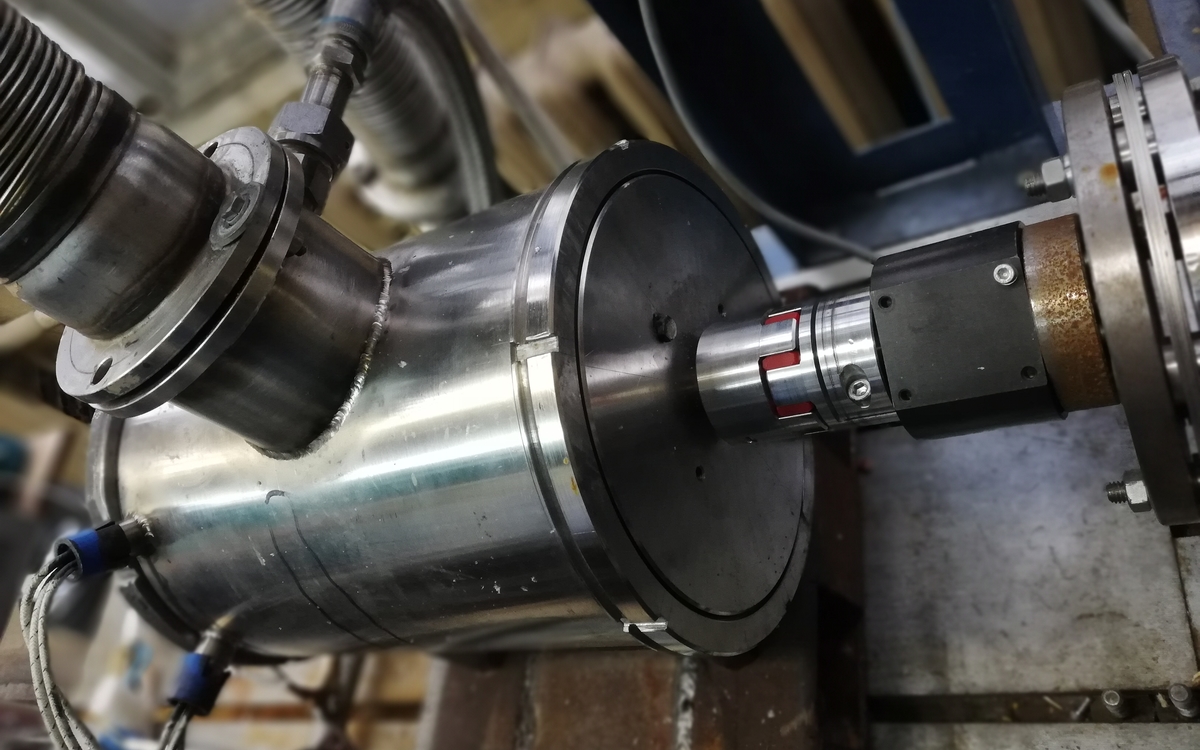 At the same time as the formation of the school, two major departments were founded: the theory and design of aircraft engines. The curricula at that time included the training of engineers in aircraft piston engine. At the end of the 1940s, there was a revolutionary transition in aviation from internal combustion engines to gas turbine engines. In accordance with this, both the educational process and the research plan were re-structured in the direction of gas turbine engine building. With the advent of liquid and solid-propellant rocket engines and electric rocket engines, new departments and laboratories were created at the faculty.

Aircraft engines are the most sophisticated technical devices that have covered the most advanced achievements in various fields of science: the theory of combustion, strength, reliability, fluid and gas mechanics, materials science, etc. That is why only four countries in the world are able to independently develop, produce and operate aircraft engines. These are Russia, the USA, Great Britain and France. Having managed to keep itself in this four, despite the disastrous 1990s, Russia regained confidence that it is an advanced technological power. 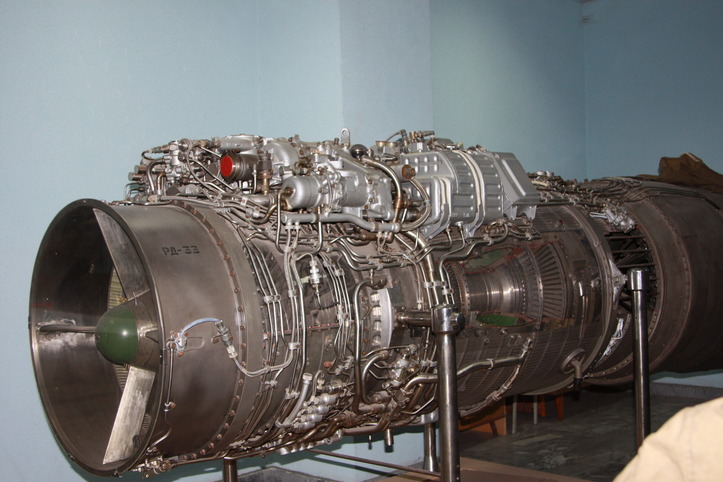 One of the components of the developing new aircraft engines process is staffing. It should be noted that it is impossible to train yesterday’s student at the level of an engineer in the design of aircraft engines in less than 5 years. That is why the ideology of a three-four-year undergraduate program does not really take root in the aircraft engine environment. At the same time, the heads of enterprises to which graduates of the school come, note that at least a year is still necessary for the university graduate to fully adapt to practical work. In connection with such a significant response of the educational process, it is necessary to train students on the next generation technologies of aviation equipment. If aircraft and engines of the 5th generation are placed in service, then the educational process at the university should be oriented at least to the 6th generation.

We are on the verge of another revolution in the aircraft engine industry. Different authors refer to various promising areas: distributed power installations with mechanical, gas-dynamic or electric way of power transfer, variable bypass engines, hybrid power plants with gas turbine and electric components, engines in the combustion chambers of which detonation combustion is realized, engines with combustion in supersonic flow, combined power plants.

In addition to work process improvement, design and technology of existing and currently developing dual-circuit and turboprop engines, the specialists of the School No. 2, in view of the above, are more actively developing the following promising topics, which, in our opinion, will determine the development of aircraft engines of the 6th generation:

This can be most clearly represented on the diagram of the dependence of the specific impulse of the propulsion system on the flight speed for various types of propulsion systems. The possibility of creating aircraft capable of overcoming the speed limit of Mach number=3 is determined, first of all, by the possibility of creating the corresponding power plants. The School No. 2 of Moscow Aviation Institute has unique experience in studying the work process and developing engine designs for high-speed aircraft. We mention only some of the most important work performed in the field of flight support with ultra-high flight speeds. 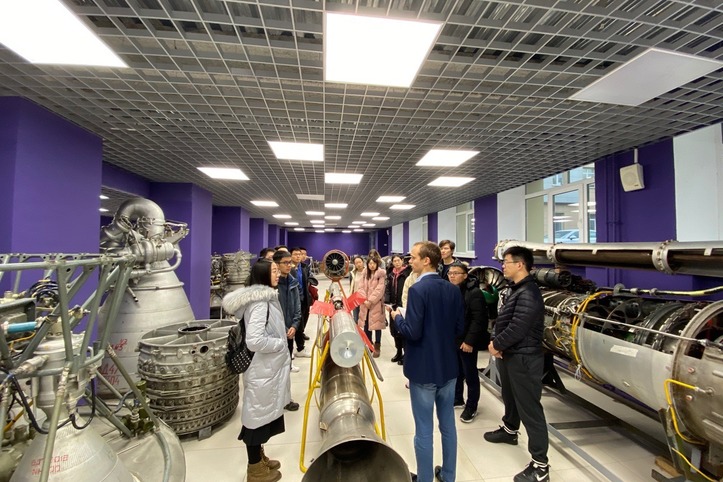 The problems of the regulation of combustion at supersonic flow rates in the combustion chamber are studied in detail. Various types of fuel were investigated: hydrogen, kerosene, methane. Various cooling methods have been developed, a unique experimental research unit has been created, equipped with the most advanced measurement methods, which allows not only to study the physics of combustion, but also to test structural elements, material samples at high temperatures and flow rates.

Based on the theoretical principles and the experience of the staff of the School No. 2 Institute, it is obvious that an aircraft capable of implementing the controlled flight depending on the task in the speed range from Mn = 0 to Mn = 4-6, should have a turbo-propulsion power plant. In the class of ramjet engines with high flight speeds, many problems have been solved for the numbers Mn = 3.5 and higher, but they are used in rocket technology and are essentially single-use products. At the same time, there are a number of issues for turboprop engines of future high-speed aircraft, which still do not have any clear solution. In our opinion:

- it is necessary to have construction materials capable of withstanding high temperatures for a long time; this applies to structural elements that were previously considered the “cold part” of the engine;

- a fundamentally new engine cooling system should be developed, since air at such flight speeds can no longer be used as a cooler;

- it is necessary to create fundamentally new ways of providing energy to both the board of the aircraft and the control system of the power plant, since the traditional method of obtaining energy from the rotating rotor of the gas-turbine engine becomes impossible due to the fact that at high flight speeds the gas turbine part of the turbo-ramjet engine must be closed from the oncoming air flow and stopped;

- it is necessary to solve the problem of restarting the gas turbine engine when the aircraft is returned, which may be problematic after a long flight at high speed and high temperature of the structure, and since the rotor will cool slower than the stator, jamming of the rotor is possible; it is obvious that these questions need serious study. 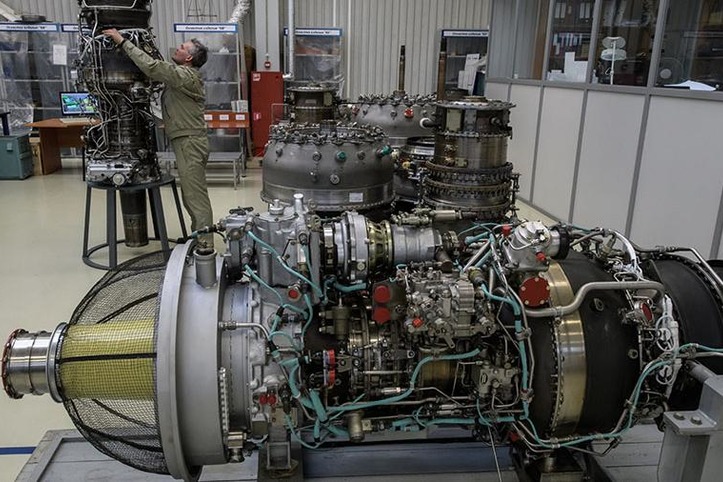 2. In the class of engines for subsonic civil aviation, which in the foreseeable future (planning horizon is 20-30 years), in our opinion, will remain the main type of commercial air transportation, despite the development of technologies of supersonic passenger aviation, the main criteria for assessing engine excellence along with profitability is environmental performance. It is obvious to specialists of the MAI School No. 2 that these new challenges may correspond to a hybrid electric turbojet dual-circuit engine or an electric turboprop engine.

To develop hybrid engines, it is also necessary to solve a large number of design and technological problems. We see, as primary, the following:

- it is necessary to study and optimize the schemes of hybrid power plants, as applied to various types of aircraft; characteristics of electrical machines;

Already today, specialists of Moscow Aviation Institute have begun work on hybrid power plants. These works are carried out in cooperation with domestic enterprises, and plans for international projects have been agreed with the leading world companies and universities under the IMOTHEP and FUTPRINT programs.