MAI Scientists Told about a New Way of Orbital Docking 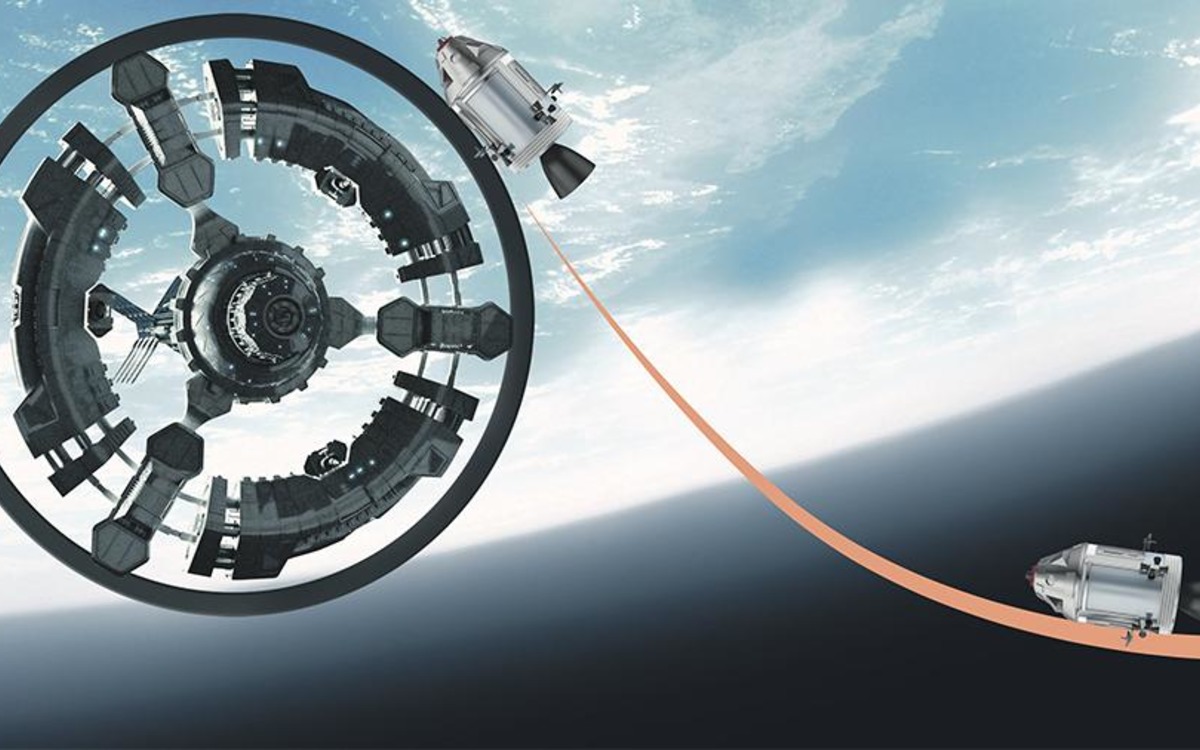 The created method of connecting one shuttle to another will save fuel and eliminate breakdowns.

Russian scientists have developed a docking method for the recently presented new type of manned spacecraft in the form of a freely rotating torus: it creates artificial gravity. The method is based on the use of the special properties of such ships for space exploration and will require a minimum of changes in their design.

The advantages of the proposed solution are in fuel economy and ensuring the integrity of both devices even in case of an unsuccessful rendezvous attempt.

Scientists of Moscow Aviation Institute have proposed an innovative method of docking with a new type of manned spacecraft. Previously, experts developed a TOR spacecraft for deep space exploration. To eliminate the long-term effect of weightlessness on the human body, TORs are proposed to be made in the form of a “donut” with a diameter of 100 m: such a toroidal shape of the ship provides a constant simulation of the effect of gravity on the crew due to rotation.

However, the continuous rotation, the large mass and dimensions of the TOR are fraught with problems of docking with other spacecraft. A new approach method proposed by scientists is the use of power and transport rails of the outer loop of the new type of manned spacecraft. These elements are already provided by the design of the ship.

According to the professor of Moscow Aviation Institute, academician of the Russian Academy of Sciences, Oleg Alifanov, they are in any case necessary to create the strength and stiffness of the entire loop of the apparatus.

Today, docking basically happens like this: special appendages of the docking bodies are mechanically interlocked, pulling together ships or shuttles. At the end of the process, the locks are interlocked and closed, fixing the position. The problem is that the TOR is a large-sized complex, all of which elements are continuously rotating. This creates significant difficulties for docking with it an external spacecraft

“The normal functioning of the TOR is possible only as part of the so-called space squadron,” said Jamil Ramazanova, a graduate student of the MAI Department of "Space Systems and Rocket Science". "These are groups of unmanned spacecraft for various purposes, in total ensuring the fulfillment of all functions of the complex. Since these devices do not have a rigid connection between themselves (that is, they carry out free flight in a group), the transfer of people and materials between them is carried out by specialized platforms - shuttle robots. And they are already equipped with a docking system, which allows connecting to the TOR in a new way."

The process scheme is as follows. First, the shuttle stabilizes in coordinates and speed in a certain position relative to the TOR. Then it receives a momentum of movement so as to fly at a tangent to the power transport rails of the manned spacecraft. Moreover, at the moment of contacting, the shuttle will have almost zero speed. At this moment, with its docking probes-manipulators, it captures the surfaces of the element of transport rails on both sides.

This must be done fairly quickly. The manipulator drives are equipped with rollers, which simultaneously provide the “cohesion” of the shuttle to TOR, and the ability to move along rails.

According to them, the shuttle can easily "roll" to the desired gateway, fix in locks and carry out the acceptance and transfer of goods. To disconnect it will be enough just to open the locks, and then the centrifugal force itself will begin to divert the shuttle from the TOR.

The first advantage of this method is that it is more economical in terms of fuel and energy costs for the entire docking and undocking cycle. The second advantage is the minimization of risks in case of unsuccessful contact, thanks to the easy departure of the shuttle without causing damage to it and the TOR. One of the drawbacks is the mass limitation, since an overly heavy apparatus can destabilize the rotation of the TOR.