MAI Will Show the Mockup of the Orbital Station Almaz 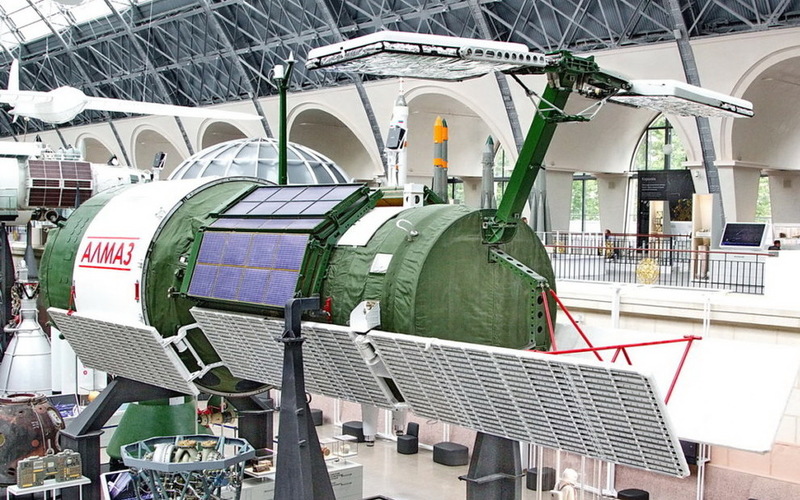 The declassified orbital piloted station Almaz, which was the USSR's most closed military space project, will be shown at Moscow Aviation Institute.

Now the model of the orbital piloted station Almaz is already at MAI. You can see it, get inside it and feel like real astronaut in March 2020, during the celebration of the 90th anniversary of the university.

The station is 11.6 meters long, with a maximum diameter of 4.2 meters and a mass of 18.9 tons. The station is designed for a crew of two to three people, and the operating time in orbit is up to 410 days. It has three compartments: nose where the living area and observation windows are located, inhabited and working ones. Almaz also has a quick-firing gun designed by Nudelman-Rikhter NR-23.

The full-size model of the station was intended for ground tests. The astronauts honed skills on it, simulating the various stages of flight, as well as actions in emergency situations.

The Almaz program itself was top secret. The orbital station was a space observation and reconnaissance center.

The first orbital station under the program of the USSR military orbital piloted stations of the Almaz series, officially named the Salyut 2 for cover, was launched into orbit with the Proton launch vehicle on April 3, 1973. In total, five stations were launched into orbit under the program: piloted Salyut 2, Salyut 3, and Salyut 5, as well as their automatic modifications Cosmos 1870 and Almaz 1.