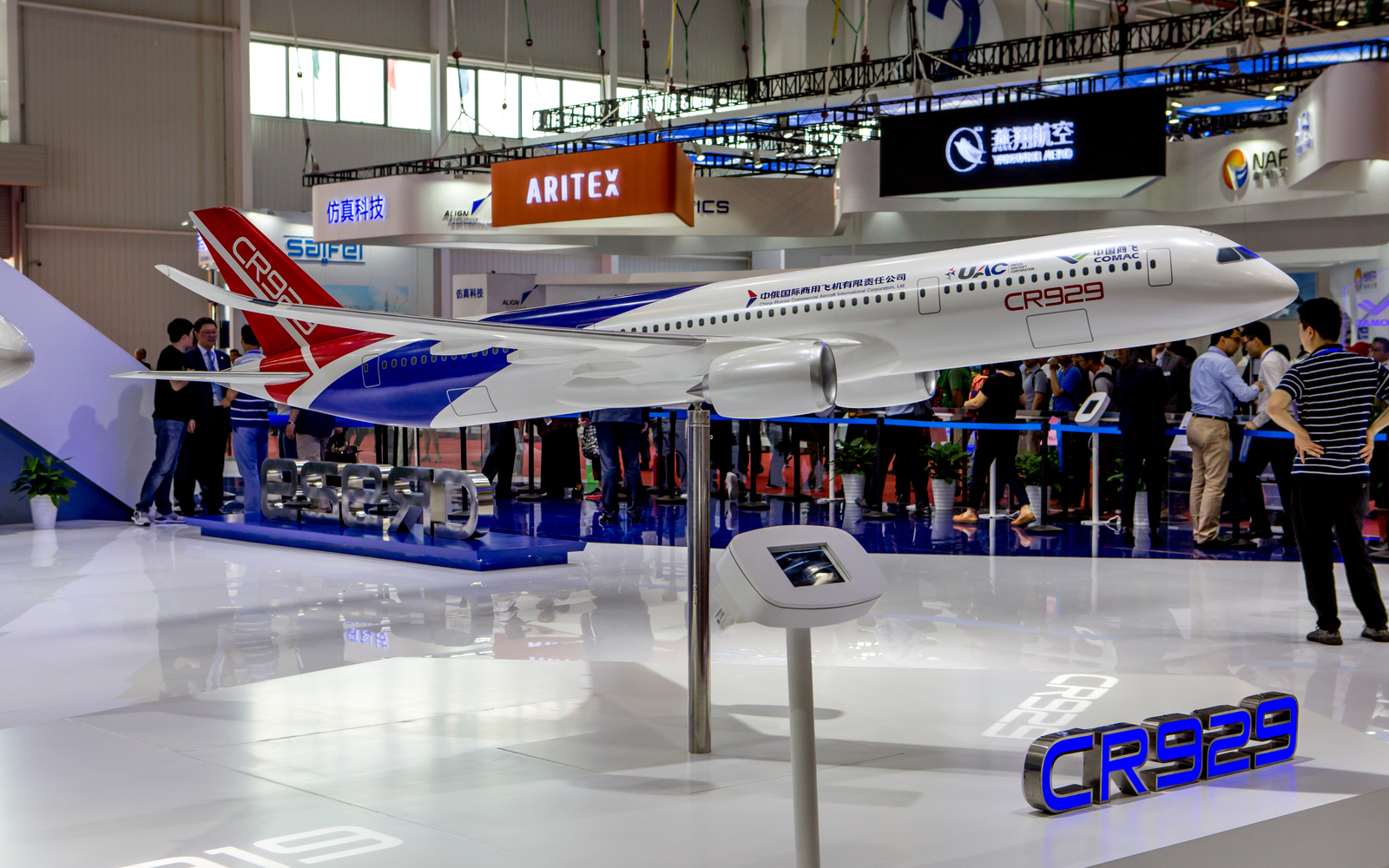 The first group of engineers, who will be engaged in the creation of a promising Russian-Chinese CR929 aircraft at the enterprises of Rostec and its partners in the People's Republic of China, graduated from the universities of Russia and China. Joint diplomas of Moscow Aviation Institute and Shanghai Jiao Tong University (SJTU) were awarded to 29 Russian and 23 Chinese students.

Russian graduates of the program will work on the creation of the CR929 wide-body long-range aircraft in the design units of Rostec enterprises - United Aircraft Corporation (UAC), United Engine Corporation (UEC) and Technodinamika holding company, as well as at the MAI Competence Centers. In the future, they will be able to continue working in the engineering center under the CR929 program, which is being created in Russia with a branch in China. In total, about 80 Russian specialists will receive diplomas with the support of the corporation in the next three years.

“The technological challenges, facing the industry, and the prospects for working on such large international projects as the CR929 wide-body aircraft require new staff with special training and a whole range of specific knowledge. In addition to engineering and technical competencies, training in the field of digital technologies and the use of modern materials, specialists are required to understand the characteristics of the industrial culture of both countries, know the specifics of markets, operate aircraft on them to successfully promote new technology,” explained the importance of the project Yury Slyusar, General Director of the United Aircraft Corporation, Vice-President of the Russian Engineering Union.

13 Russian students from UAC, 10 from UEC and 6 from MAI studied at the first intake. They began their studies in 2017 in Shanghai, the second year of study spent at MAI. Graduates defended master's theses at two universities and received engineering degrees in the design of aggregates from polymer composite materials, product lifecycle management in the design of modern aircraft, and aircraft engines.

The master's theses of three Russian and three Chinese students were especially appreciated and received outstanding status. Rector of Moscow Aviation Institute Mikhail Pogosyan spoke at the first graduation ceremony in the history of the joint program. He congratulated the graduates and noted the importance of global education for the development of international projects such as CR929. On behalf of UAC, the program participants were also congratulated by Lyubava Shepeleva, HR Director of UAC.

At the second intake, which started in 2018, study 10 students from UAC and UEC, as well as 4 people under the target program of Technodinamika holding company. Starting in 2019, at the third intake of the master's program, another 10 people undergo targeted training from UAC and UEC, the training of 4 students was supported by Technodinamika. From the Chinese side, Commercial Aircraft Corporation of China (COMAC) and Aero Engine Corporation of China (AECC) participate in the program.

A joint project to create the Russian-Chinese CR929 wide-body long-range aircraft is being implemented by UAC and COMAC. In Shanghai, a joint venture CRAIC operates, which is responsible for marketing, business planning, program management, as well as manufacturing, sales and after-sales service of aircraft. The Joint Engineering Team (JET) meets five to six times a year in the format of working sessions in Moscow and Shanghai. The work is carried out on a whole range of issues: technical aspects, supplier management, service issues, software, etc. Within the framework of the project, it was decided to create an engineering center in Russia.