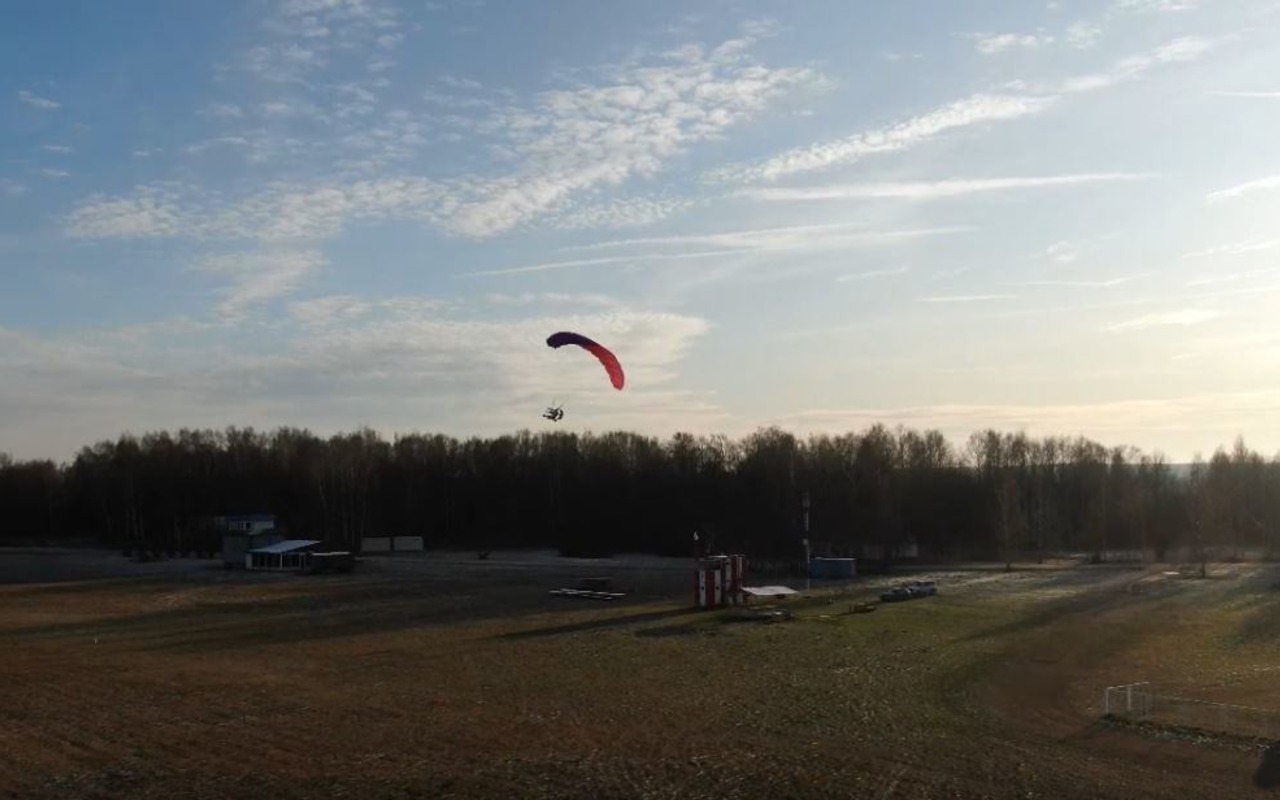 It is planned that the new device will be used to test new samples of GLONASS navigation equipment in flight conditions. It can also be used in marine search and rescue operations, as carriers of communication repeaters and for agrochemical spraying of fields.

According to the design engineer, senior lecturer of MAI Department of "System Analysis and Management" Sergei Akhramovich, the new drone is characterized by highly stable flight. “Our UAV is essentially a paraglider, which in case of weather conditions change or emergency situations provides a soft landing without negative consequences for the payload,” noted Akhramovich. He also admitted that the device is completely autonomous: a hardware and software complex was developed for it at the university. On the personal computer the route is assigned that the drone should fly around, then it is recorded on a conventional flash card and inserted into the on-board computer.

The drone is able to take on board up to 15 kg of payload and make autonomous flight along the assigned route over long distances, without involvement an operator and a telecontrol system.

The design is an aero-type wing, which is attached to the engine nacelle with an airborne control and an electric motor using slings. Depending on the area of ​​the wing, the carrying capacity can reach up to 120 kg, the non-stop flight time is up to 3 hours and depends on the weight of the cargo and the capacity of the batteries. The horizontal airspeed is up to 50 km / h.

UAVs are controlled by the height and pitch attitude of the engine thrust, and by the course - by steering toggles (control slings) that deflect the rear left and right edges of the airborne wing.

The designers of Moscow Aviation Institute also involved artificial intelligence: it makes an independent decision depending on the external conditions and the mass of the payload. The architecture of the expert system is developed in the CLIPS language.

Most of the time, the device actively maneuvers on-course and altitude, while in planning mode with the thrust engine turned off that significantly increases the drone’s flight time. The engine turns on if necessary.

The project involves students, graduate students, young specialists and leading scientists of the university. Flight tests were held at the Alferevo airfield, the drone completed all the tasks.