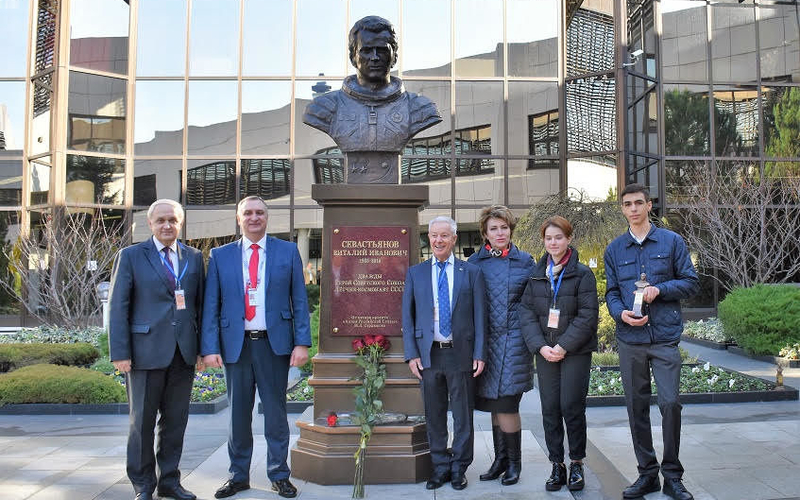 The monument was installed in the atrium of the airport complex. The sculptor Mikhail Serdyukov, the author of the Alley of Russian Glory project, gave it to the airport, and the honored sculptor of Russia Anatoly Dementyev created the bust. The total weight of the monument is 120 kg.

Recall that on October 5, 2018, social activists proposed to give the names of prominent compatriots to 47 airports within the framework of the Great Names of Russia project. Krasnodar, Sochi, Stavropol, Minvody, Anapa and Simferopol were included in the list of cities participating in the contest.

Russian President Vladimir Putin on May 31, 2019, signed a decree on appellation of airports. In Krasnodar, most of the votes were given to Catherine II, in Anapa to test pilot Vladimir Kokkinaki, in Sochi to Vitaly Sevastyanov.

Vitaly Sevastyanov - a pilot-cosmonaut of the USSR, candidate of technical sciences, twice Hero of the Soviet Union (1970, 1975). He moved with his family to Sochi when he was ten years old. With a gold medal, he graduated from Sochi High School No. 9, after which he entered Moscow Aviation Institute. Sevastyanov was part of a group of astronauts who were trained according to Soviet programs of the L1 / Zond circumlunar mission and for landing on the Moon. Despite the closure of the program, Sevastyanov twice flew into space - in 1970 and 1975.