MAI Presented a Work on Superconducting Electric Motor at VUZPROMEXPO 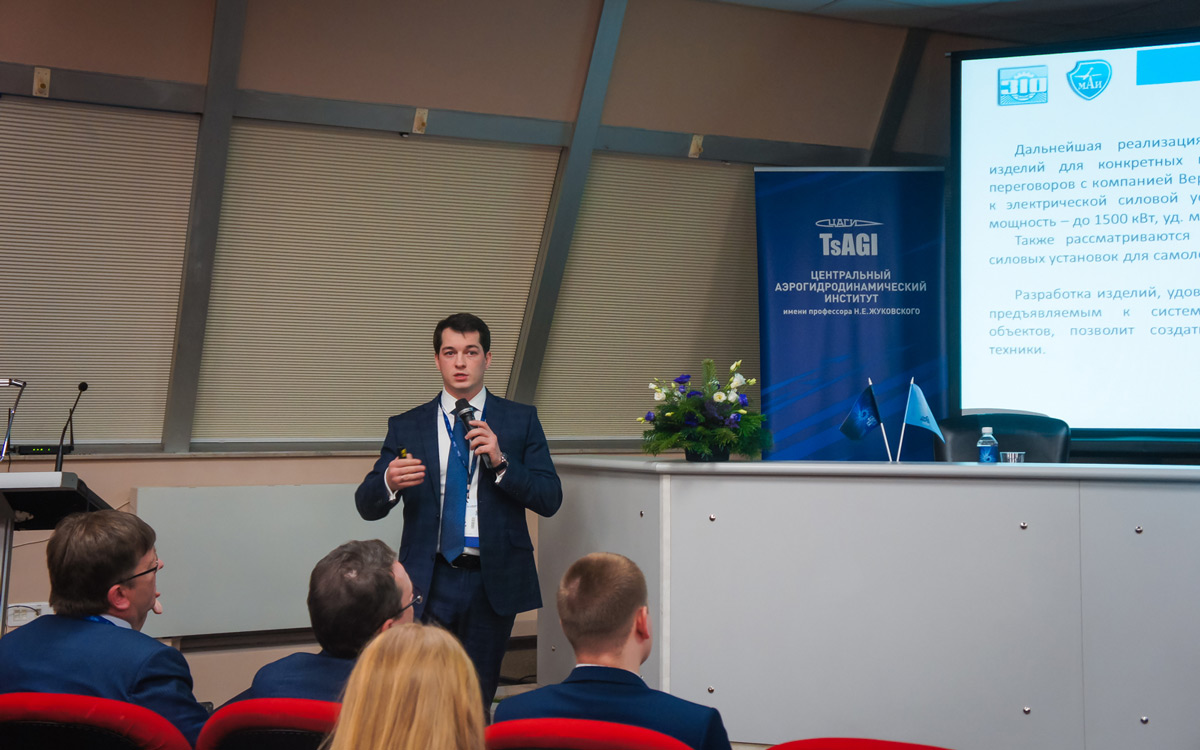 On December 11, within the framework of the VUZPROMEXPO-19 business program, a presentation of the V National Sky.tech Innovation Projects Competition was held, organized by the Central Aerohydrodynamic Institute (TsAGI) and Russian Helicopters.

As part of this event, the winners of the competition in 2016-2018 performed. One of them was Nikolay Ivanov, Candidate of Technical Sciences, Associate Professor of the MAI Department 310 “Electric Power, Electromechanical and Biotechnical Systems”. He spoke about the results and plans for his work on the project "Hybrid System for an Electric Aircraft with a Superconducting Engine and Generator."

The team of authors has developed a method for calculating and designing electrical machines based on high-temperature superconductors (HTSC). These machines may have a specific power of more than 10 kW / kg, which is several times higher than the measure of traditional machines. This paves the way for the creation of hybrid systems for aircraft.

Further implementation of the project is associated with the development of products for solving specific industry problems. In particular, during negotiations with Russian Helicopters, requirements were obtained for the electric propulsion system of a promising helicopter: output power - up to 1500 kW, power - 10 kW / kg. Also the schemes of electric and hybrid systems for aircraft and marine vessels were considered.

Summing up his presentation, Nikolay Ivanov noted that the development of products that meet the high requirements for electric propulsion of moving objects will allow us to create models of fundamentally new devices.