Flight in Dreams and Reality: Tour to S7 Training for MAI International Students


On November 30, first-year international students of MAI undergraduate program in Aircraft Engineering visited aviation training centre on the basis of the S7 Airlines.

S7 Training is an aviation training centre, which was founded in 2004 as an independent educational organization. It uses state-of-the-art facilities to deliver different types of initial training, type rating courses and refresher courses to flight crew, cabin crew and ground personnel.

MAI students spent an unforgettable day. At first, everyone tried themselves in the role of the pilot and copilot of the Airbus A320. On the dynamic simulator, students performed the standard plan of actions for each role at the stage of preparation for take-off and control of the aircraft when gaining the altitude with a change of course, found out about the actions of pilots in the turbulence zone. They got acquainted with the flight control features of the A320, learned about the differences in avionics and control systems between Boing and Airbus aircraft. 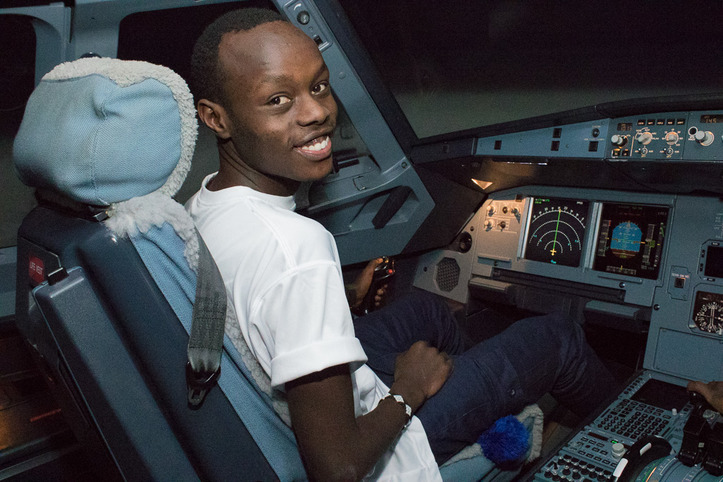 In addition to the “flight” on the simulator, training sessions were held with the students on how to provide premedical first aid, how the on-board personnel prepare for the flight and behave during takeoff, landing and in the turbulence zone.

Training was also conducted on how to prevent emergency situations by onboard crew and pilots. In practice, situations and rules on how to open passenger cabin doors during emergency landing, leave the aircraft cabin through emergency exits, wing exits were worked out. Each student tried himself in the role of a flight attendant: they found out how to be responsible for the lives of passengers in flight and how to use escape slides. 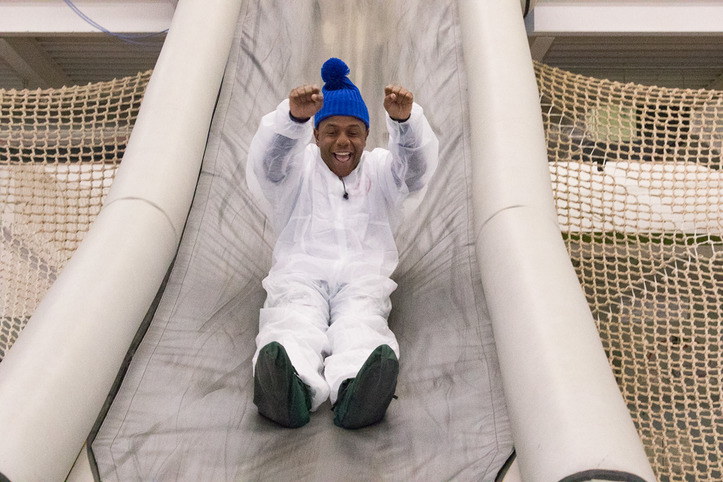 The S7 Training staff took into account that the major of students was aircraft engineering, and familiarized them not only with the work of the cabin crew, but also with design principles of the passenger cabin, installation rules of aircraft seats and placement of fixed and mobile equipment in the aircraft cabin. Features of the design of the cabin doors and emergency exits of the passenger cabin, the design of escape slides were examined in detail.

“We really enjoyed the tour to the S7 Training. It was new experience. The practice of emergency situations was very useful for us as future engineers”, said Oshadha Yasas Bimsara, a MAI student from Sri Lanka. 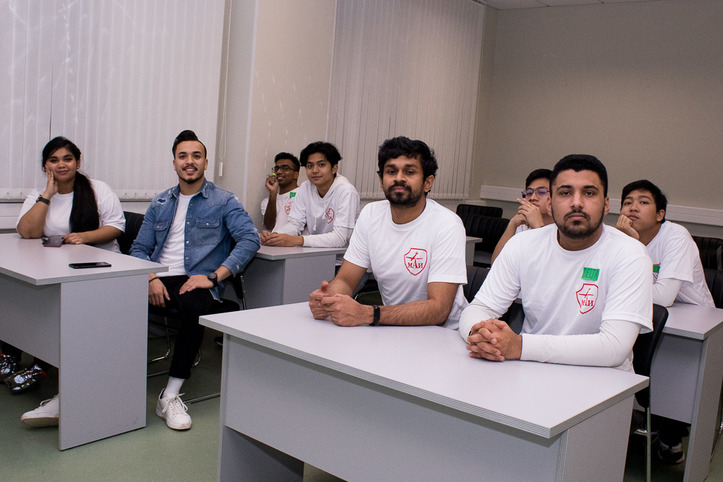 During the break, the students were asked to design from creative resources an aircraft. By the results of competition all participants received valuable prizes in memory of the excursion to S7 Training.

“Who among us has never flown in a dream? The dream of flying lives in every person and is especially true for MAI students. That day, it has become a reality for many of us. I wish everyone to experience these amazing emotions and thank everyone who helped us organize this amazing excursion", said Elena Baranova, Head of MAI International Students Educational Center.