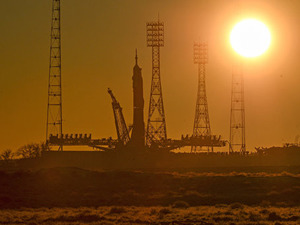 In October 2019, the Voskhod branch of Moscow Aviation Institute (National Research University), located in Baikonur (Republic of Kazakhstan), celebrates its 55th anniversary. Voskhod is the only state university in the city and prepares engineers for state, joint-stock and commercial organizations, test centers of the Baikonur complex and the region in the main areas of operation of training and launch vehicles and spacecraft, control automation and information technology.

Stages of a Long Way

The formation of the Voskhod branch took place gradually. On October 9, 1964, in the city of Leninsk (now Baikonur), the Zarya Training and Consulting Center was opened at the Faculty No. 9 of Moscow Aviation Institute (now Institute No. 9 “General Engineering Training”). Further, the Center was transformed into the MAI evening faculty “Voskhod”, where full-time education appeared in 1970, and in the fall of 1974 the faculty was transformed into a branch Voskhod. 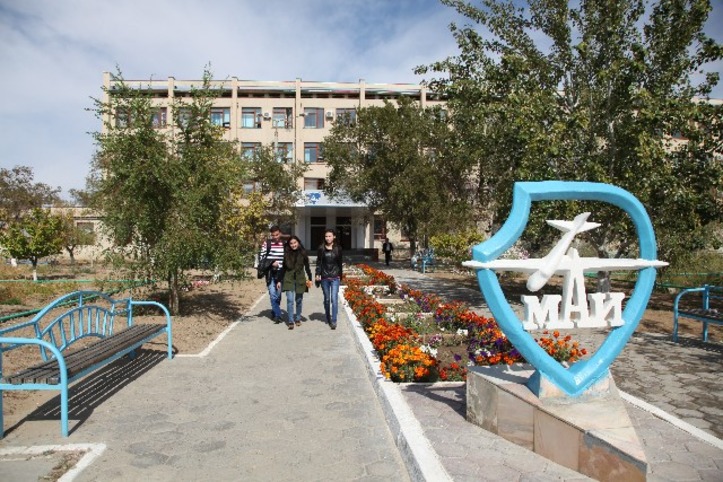 In 1964, according to the results of the first entrance tests, 93 students started to study, by the 40th anniversary of the faculty (2004) the number of graduates was 3,750 people. Today, 330 students are studying at the branch, of which 252 are full-time students. Among the students of Voskhod branch there are citizens of both Russia and Kazakhstan. Over the years, 5915 engineers graduated from the walls of the branch.

Throughout the years of MAI Voskhod branch’s work, its laboratory research capabilities have been developed and improved. Following current trends, today the Voskhod branch of Moscow Aviation Institute actively uses digital learning technologies. In particular, remote access to the e-learning environment is being introduced into the educational process, which allows to achieve the highest efficiency in mastering learning outcomes.

Today, the branch structure consists of: 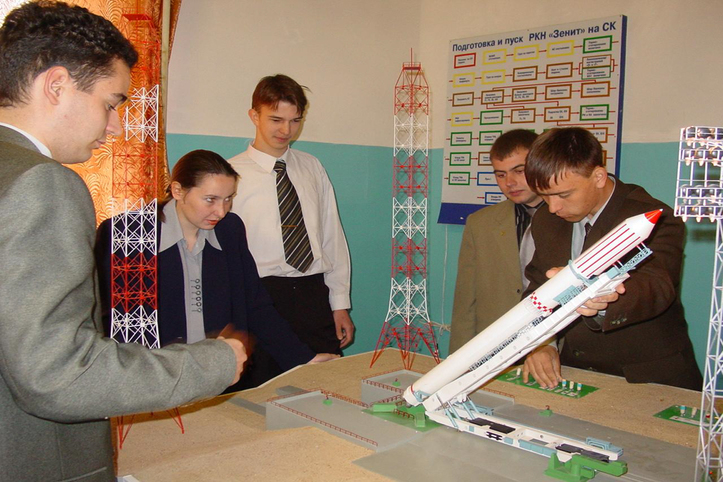 The study of disciplines of a special cycle is carried out on the basis of 8 laboratories using more than 130 different educational and laboratory facilities and stands for laboratory work. In addition, laboratory work in special disciplines uses the equipment of the basic enterprises of the Baikonur Cosmodrome, which operate under national and international space programs.

The laboratory research base in the disciplines of the natural science and general professional cycles is represented by 5 laboratories, in which more than 30 different types of laboratory facilities and sets of devices are used.

In addition, there is an active scientific activity. The teaching staff of the branch publishes articles in publications included in the Higher Attestation Commission (HAC) list, as well as in journals peer-reviewed by Scopus, textbooks are published, and patents for a utility model are registered. Students regularly take part in international conferences and online competitions in various disciplines of priority. 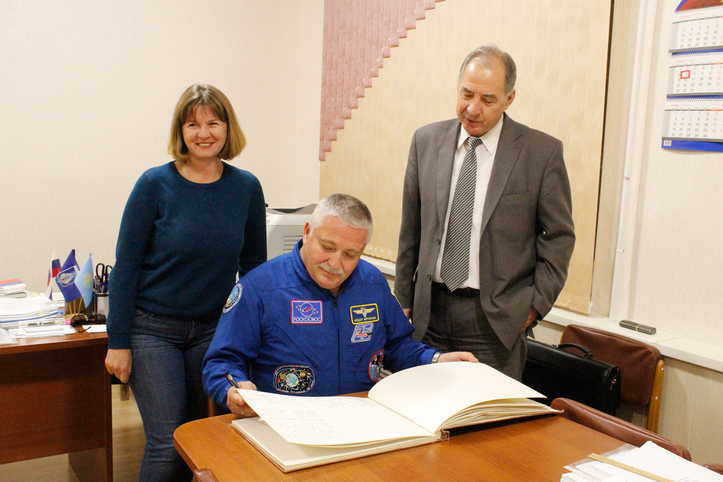 Demand for Graduates in the Aerospace Industry

The first contracts for research work with enterprises of the aerospace industry were concluded by the branch in 1976. In 1995, Voskhod branch for the first time began to carry out targeted admission of students. By 2002, the branch’s partners and employers for its graduates were organizations such as the Baikonur Cosmodrome Department, Khrunichev State Research and Production Space Center, Russian Space Systems, Center for Operation of Space Ground Based Infrastructure TsENKI, etc. 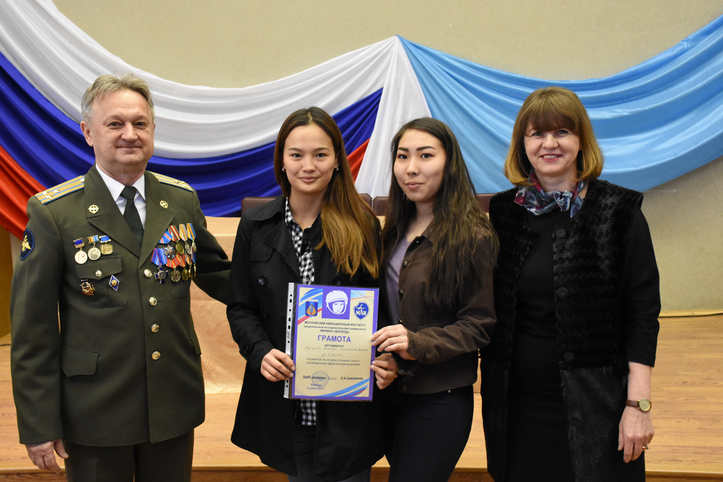 In the future, the number of industrial partners of the branch increased significantly, as did the number of target students. In 2006, the branch was recognized as a significant participant in the Baiterek international Russian-Kazakh space program in the field of personnel training. A few years later, an agreement was concluded between the Federal Space Agency and the MAI Voskhod branch on the organization of targeted contract training for specialists from a number of leading Roscosmos enterprises. To date, the branch has trained more than 400 young professionals accepted on the basis of targeted admission.

For 2019, cooperation agreements were concluded with three enterprises, within the framework of the targeted admission program from which 94 students are studying at Voskhod branch: 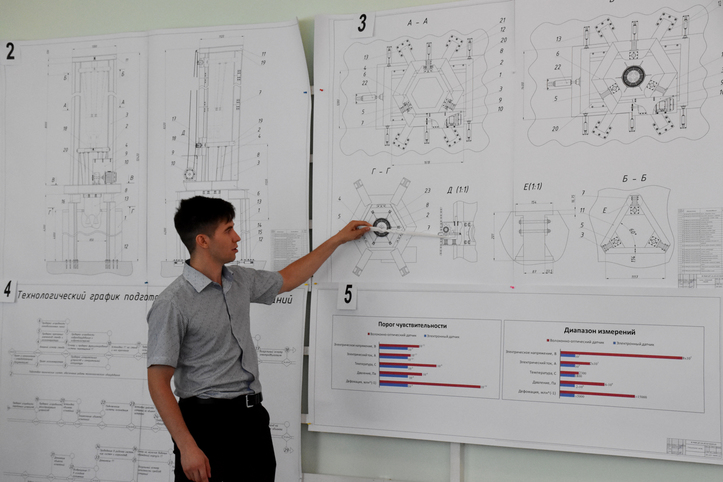 The partner enterprises provide great support to the Voskhod branch as part of their production and undergraduate practice,  giving the technical base and methodological guidance of leading specialists.

New Partnership Projects in the Field of Education

The Voskhod branch develops cooperation in the educational and scientific fields with leading universities in Russia and Kazakhstan. So, for example, the branch concluded a cooperation agreement with the Siberian State Aerospace University. M.F. Reshetnev, Al-Farabi Kazakh National University and others. 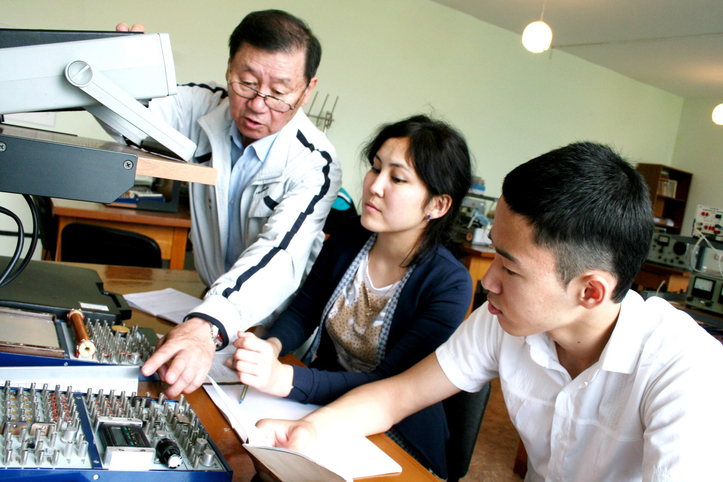 Since 2013, a memorandum of cooperation has been in force between the Voskhod branch, the Akimat of the Kyzylorda region and the Republican state enterprise on the right of economic management Korkyt Ata Kyzylorda University (Republic of Kazakhstan). The participants in the memorandum develop joint projects in the field of international cooperation in education and science, the exchange of faculty, academic exchange, advanced training of university employees.

New partners in the field of education and science appear at Voskhod branch regularly. Only in 2019, the branch concluded a cooperation agreement with ТОО "INT-SAT ALATAU", with the Republican State Enterprise on the right of economic management "Institute of Information and Computing Technologies" of the Science Committee of the Ministry of Education and Science of the Republic of Kazakhstan. An agreement was signed on cooperation within the framework of the ERASMUS + APPLE program “Applied Curricula in space exploration and intelligent robotic systems” (“Applied Curriculum for Space Exploration and Intelligent Robotic Systems”). The project aims to expand cooperation between EU universities and higher education institutions of Kazakhstan, Belarus and Russia, providing innovative training programs in space exploration and intelligent robotics based on enhanced cooperation around the world and the exchange of best practices. 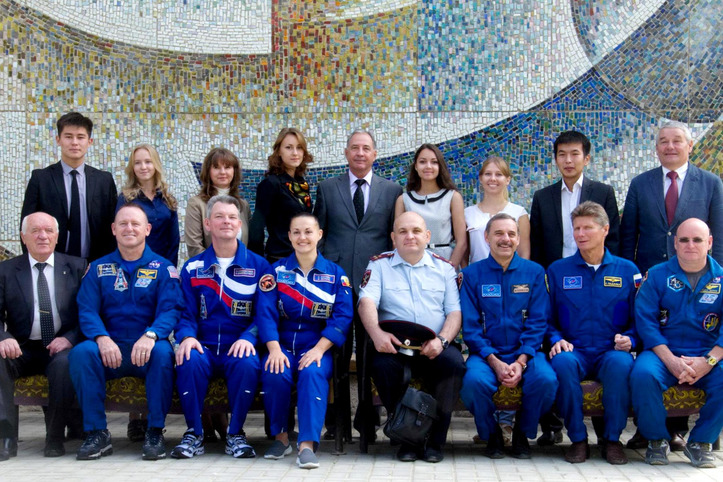 Congratulations from the Staff of the Voskhod Branch

Alfiya Shamilevna Slepova, Deputy Director for Educational and Extracurricular Activities: “I sincerely congratulate the staff and students, as well as the graduates of Moscow Aviation Institute Voskhod branch, on the 55th birthday! Our university is distinguished by the high quality of training young personnel, whose knowledge is used in various fields of the aerospace industry and the field of modern computer technology. I wish the team professional success and optimism, students - excellent knowledge and vivid impressions, and graduates - professional growth. ”

Elena Arkadyevna Samoilenko, Deputy Director for Academic Affairs: “Fate connected us to Baikonur, and here, at the launch site, the Voskhod branch became our home, and over the course of its 55-year history we have trained many qualified specialists who have successfully worked in organizations of various profiles in Russia and Kazakhstan. You all gave your talent and strength to successfully complete the great tasks assigned to modern higher education. On this significant day, let me wish you all prosperity, creative success, fruitful work! ”

Special Achievements of Graduates over the Past 15 years

Separately, it should be mentioned the special achievements of the graduates of Voskhod branch, who joined the ranks of the intellectual elite of Russia and Kazakhstan.