MAI Experts Commented on the Rules for Using Drones 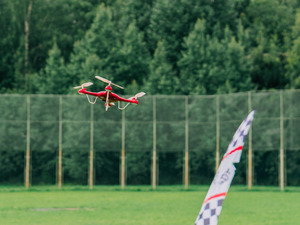 Today, a whole industry for the production of unmanned aerial vehicles has appeared in Russia. The scope of their application is really booming. The number of drones has reached such proportions that the Russian sky can no longer accommodate all UAVs.

The Federal Air Transport Agency assures that even a small aircraft can be extremely dangerous, including for civil aviation. In just the past two weeks, pilots of civilian ships carrying passengers have noticed drones at altitudes from 3.5 to 4 kilometers.

According to the new rules, all drones weighing from 250 grams to 30 kilograms need to be registered. The procedure will be simple: you should fill out an application form and attach a photo of the drone. You can learn how to control UAVs at MAI Drone School. MAI, by the way, is also now coordinating all its flights.

“It is necessary to submit a flight plan in advance to the Federal Protective Service (FSO), the Federal Security Service of the Russian Federation (FSB), General Staff and Federal State Unitary Enterprise "State ATM Corporation". Report should be send in four days, then confirm in two. Before the flight starts, call back again, say that I will conduct a flight. Then, upon landing, call back, say that you made a flight,” explains Kirill Schukin, the Director of MAI Drone School.