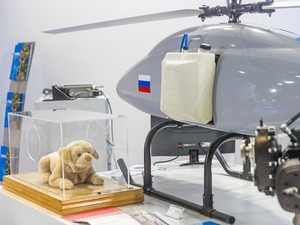 Scientists of MAI Robotics Department developed a social robot-rehabilitator, a small dogbot called Philya. For the first time, it was presented at the International Aviation and Space Salon MAKS 2019 by Arzamas Instrument-Engineering Plant. The dogbot was designed to provide psychological, information, and communication assistance to humans.

The development was carried out by MAI Department of Robotics, while the Arzamas Instrument-Engineering Plant named after P. I. Plandin together with AIEDL took care of the engineering part.

DogbotPhilya is a social assistant and a mini-lab designed for real-life communication without any walking features. Philya can move both its head and body and wiggle its tail, just like a real dog. According to its designers, that was done to ‘animate the robot’. The lab can recognize its owner by their look using cameras built into the front part of its head. Philya talks to its owner, answers tricky questions, and looks up things online.

As the AIEDL’s Deputy Chief Engineer Vladimir Pimenov describes, Philya can handle a deep conversation with its owner, remember what it heard, and capture one’s mimics and behavior. ‘If one feels they need to talk to the robot or look up something online, Philya will find the right article and read it or discuss any topics with its owner, whether weather conditions or philosophy’, said Vladimir Pimenov. 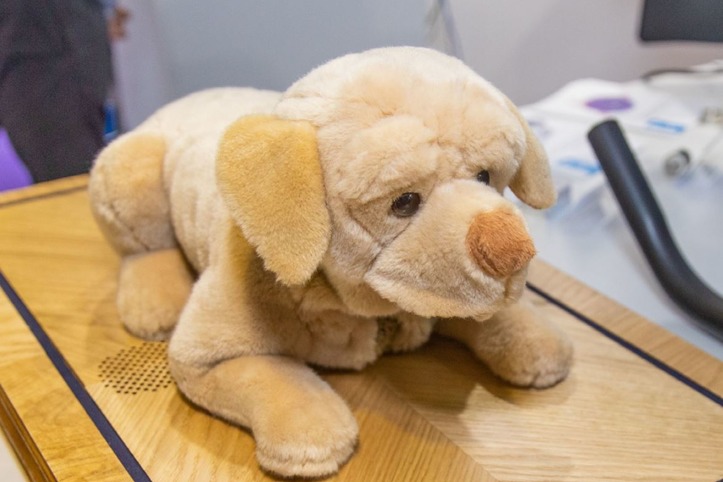 The robot’s interface has a planning feature to remind the user of any scheduled meetings or other important matters. Besides, Philly’s body contains Wi-Fi and Bluetooth modules along with a GSM modem. By the owners’ request, the robot-assistant can dial any number from the phone book from a list of contacts previously entered there.

This kind of dogbot can be used at rehabs and clinics, children's health centers, residential care facilities, and private homes. The robot will become a good friend to people who cannot keep pets. On top of that, Philya can be used as an educational toy for kids, for example, for those who learn foreign languages, do crosswords or listen to audiobooks.

Developers have not named the robot’s price yet, however, they emphasize the fact that it should be quite flexible and depend on the range of features the user needs. As dogbot designers pointed out, they are currently making arrangements with Moscow clinics to supply Philya bots to healthcare facilities.