Pushkin by Heart: MAI International Students at the 207th Birthday of Natalia Goncharova


On September 6-7, 2019, the traditional events dedicated to the 207th birthday of Alexander Pushkin's wife, Natalya Nikolaevna Goncharova, were held at the MAI recreation and training center “Yaropolets” estate. The organizer of the event was Pushkin Society and workers’ union of Moscow Aviation Institute.

Weather favored the participants of the trip: the weekend was warm and dry. This not only contributed to a large number of hours in the fresh air in the most beautiful places of the Moscow Region, but also created a sunny mood at all the events.

This year in the literary event participated two MAI international students: Isaac Wanderemah, first-year student of Faculty № 1 “Aircraft Engineering”, who impressed the audience by reading by heart a Pushkin’s poem “Cloud”, and Dulanjana Kavindu, a second-year student of Institute № 2 “Propulsion Engineering”, who also performed a poem and took photos of the event. In the evenings, on Friday and Saturday, in the Pushkin room, guests of the Yaropolts had the opportunity to expand their horizons with thematic reports by members of the Pushkin Society and enjoy the vocal and musical performances of the guests of the estate.

For example, Valentina Ruslanova presented the results of her research on an embroidered portrait of the 19th century. Deputy Head of the Archival Documents Restoration Department of the State Tretyakov Gallery, Lyudmila Muratova not only talked about the books of the Pushkin era, but also clearly demonstrated the Pushkin’s printed editions of the 18th – 19th centuries.

"Yaropolets" estate for many years belonged to the family of Natalia Goncharova, wife of Alexander Pushkin, the great Russian poet, who visited the estate twice. Unique materials about the “Yaropolets” of the 20-30 years of the last century was introduced by Sergey Lysenko. 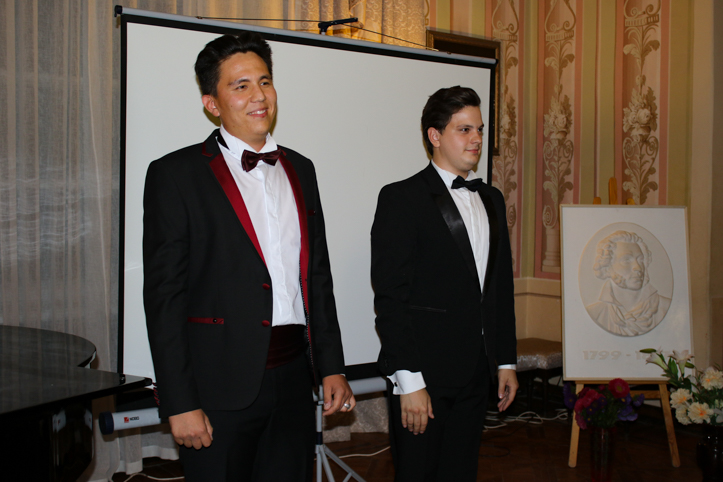 Guests and participants of the event will remember for a long time the performance of Viktor Nikitin, the People's Artist of Russia, winner of the prize named after Alexey Tolstoy, winner of the prize Imperial Culture. And Alexey Makshantsev (tenor), who became a guest soloist of the Bolshoi Theater this year, and Konstantin Fedotov (bass) to the accompaniment of Lyubov Venzhik, the leading accompanist of the Academy of Choral Art named after V. S. Popov, captivated listeners with the works of Russian and foreign composers, Russian folk songs.

The Russian poet is known far beyond the borders of his homeland. “Pushkin is world famous. We have known his poems since childhood,” wrote Isaac Wanderemah from Uganda  and Dulanjana Kavindu from Sri Lanka in the Diary of MAI Pushkin Society. The students performed Pushkin’s poems in Russian and English and received a honored certificated for active participation in a literary event. 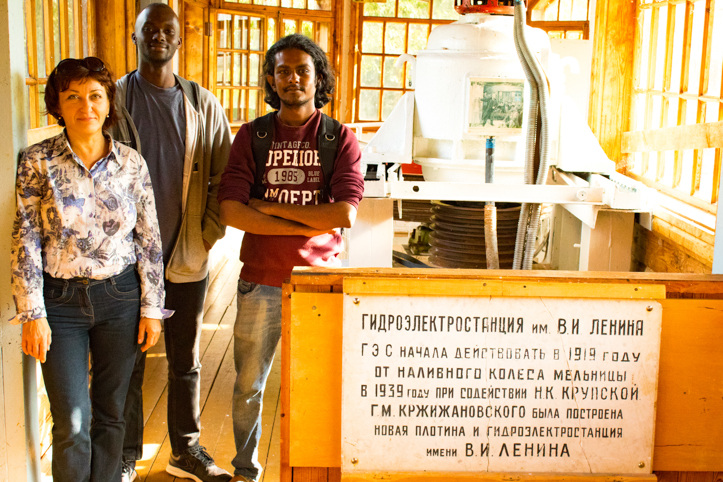 An invitation to the descendants of the Pushkin and Goncharov family has become a good tradition of the Pushkin days in Yaropolets. On September 7, the event was attended by Victoria Leiko - great-great-granddaughter of Sergey Goncharov (older brother of Alexander Pushkin’s wife).

Warm Saturday invited participants for a walk through the sights of Yaropolets village and Joseph-Volotsky Monastery. Tourists learned a lot of interesting things about the history of the region, the monastery and its inhabitants. The participants also visited the memorial to the Kremlin cadets, honoring the memory of the young soldiers of the regiment by laying flowers and a moment of silence.

On the last evening in a warm and friendly atmosphere with traditional tea drinking, the Pushkin Society held a discussion of past events, reports and plans for the future.