On July 26, 2019, at Moscow Aviation Institute, in the laboratory of Department 102 “Helicopters’ Design” (Faculty №1 “Aircraft Engineering”), the presentation of a variable blow-off model of the Mi-171A3 helicopter was held, intended for experimental study of its aerodynamic characteristics in the wind tunnel T-1 MAI.

The work is carried out by a team of employees of MAI Departments 102 “Helicopters’ Design”, 105 "Aerodynamics of Aircraft", 205 “Aircraft engine manufacturing technology” and 904 "Engineering graphics" by order of Mil Moscow Helicopter Plant. The Mi-171A3 helicopter is an offshore modification of the Mi-171A2 helicopter, mass-produced at the Ulan-Ude Aviation Plant. It is designed to service domestic drilling platforms located on the shelf of the seas of the Arctic and Pacific Oceans. One of the main requirements for an offshore helicopter is an increased flight range compared to the prototype. Therefore, obtaining reliable aerodynamic characteristics of the helicopter body has become a prerequisite for calculating the flight performance of a new machine. 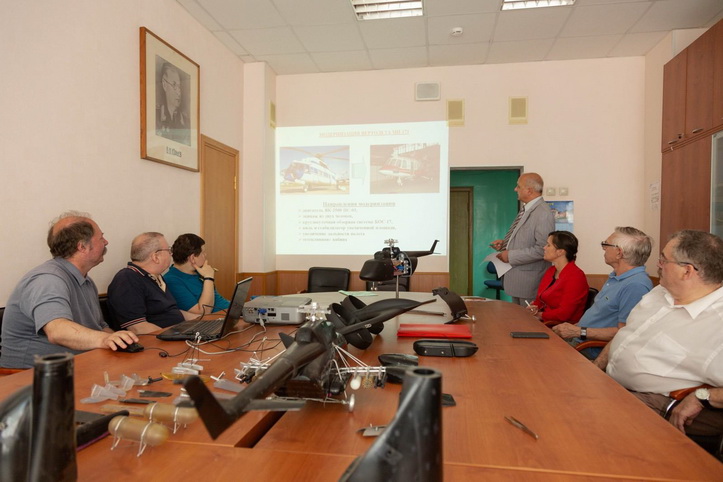 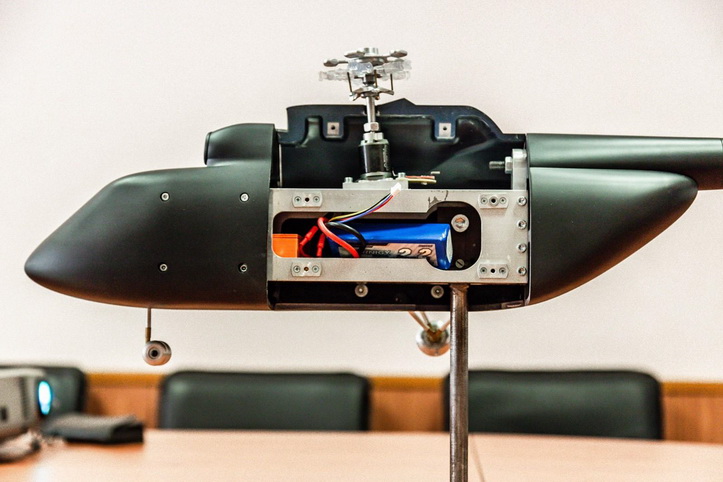 The report "Creation of Variable Purge Models of Rotary-Wing Aircraft Using Additive Technology" was made by the supervisor of studies at the Department 102 “Helicopters’ Design”, Ph.D. Boris Artamonov. Mr.Artamonov spoke in detail about the design and technological features of creating variable models that are designed and manufactured on the equipment of MAI Resource Centers using computer technology. 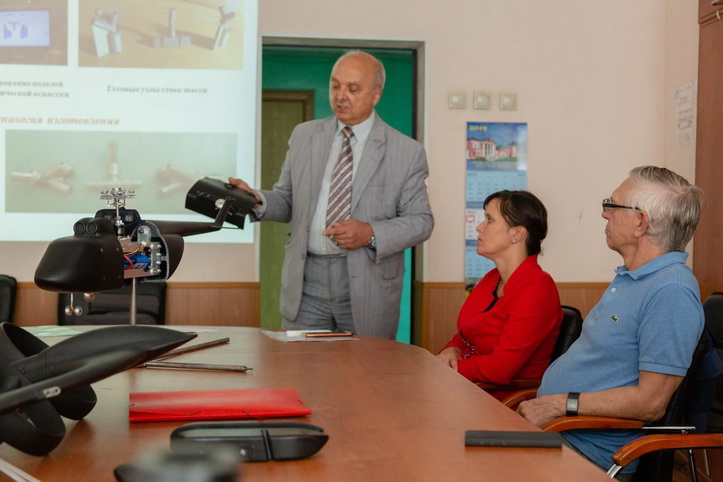 Work in the direction of creating models of rotary-wing aircraft based on computer technology was started in 2010 with the creation of a variable blow-off model of the Mi-171A2 helicopter. The main details of that model were made of a six-unit oil-filled polyamide on a five-axis milling machine with numerical control. This model in a variety of configurations has passed the full test cycle in the wind tunnel T-1 MAI. Based on the results obtained, a rational aerodynamic shape of the helicopter body was formed, which is implemented in the construction of serial helicopters.

In 2018, the Project Zero, tilt rotor wing aircraft with rotary propellers was developed by Leonardo (Agusta Westland), as a demonstrator of electric transmission technology. The tilt rotor wing aircraft is made according to the patented scheme with rotary screws in the annular cowlings located on the fixed wing. On this model, the concept of manufacturing the non radical using additive technologies was first implemented. 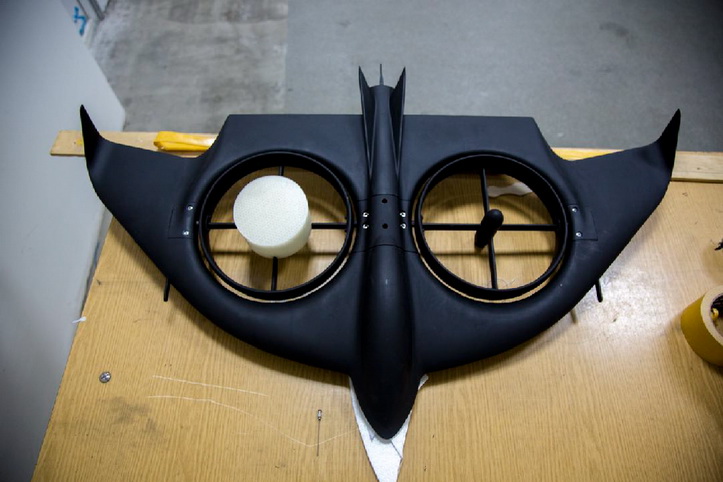 To ensure rigidity and strength, the power part of the model was made of metal, and the accuracy of the contours was provided by plastic parts. The design of the model includes a screw rotation mechanism, which provides rotation axis clamp of the screws relative to the horizontal construction of the fuselage in any value in the range from - 90 to + 90 degrees. This is necessary to obtain the aerodynamic characteristics of the Project Zero apparatus at any of the possible flight modes, since the apparatus is balanced by forces and moments when the axis of rotation of the propellers is deflected relative to the horizontal of the fuselage.

The Mi-171A3 helicopter model presentation includes a metal box made of box-shaped aluminum extrusion on a Profisped 600 CNC milling machine. Inside the box there is equipment for the motor-operated main rotor head, made in conjunction with a swash plate and a vibration damper. The power shaft of the tail boom and the differential mechanism for attaching the model to the suspension of wind-tunnel balance KT-1 are attached to the metal box. Removable elements are attached through the anchor nuts to the caisson: the nose and tail parts of the body, the left and right wings of the central part of the body, made by stereolithography on a Viper si2TM installation from a photopolymer component based on 3D models.

The three-rack chassis of the model consists of shankout, struts, wheels and crosses, which are the main power element of the structure. Сrossing pieces are made of brass by lost wax process. 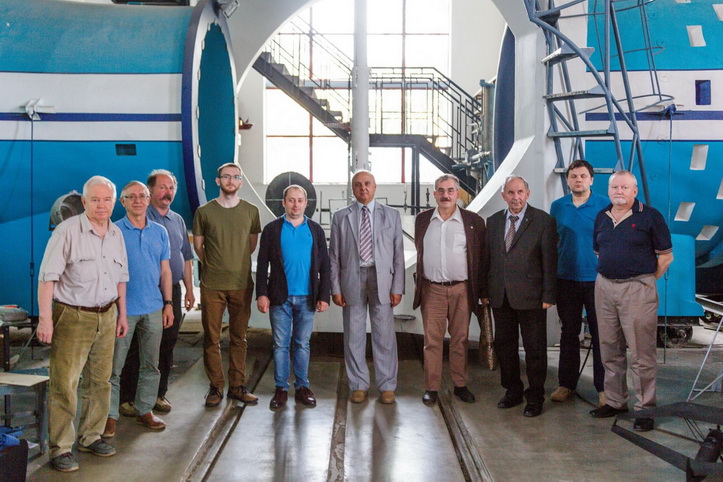 The Mi-171A3 helicopter model is fully ready for testing in a wind tunnel, which is scheduled for September 2019.