Kyrgyzstan is a New Area of MAI International Activity 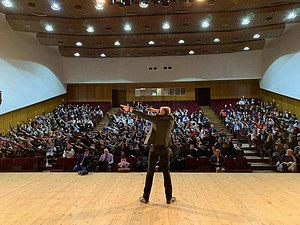 At the beginning of April, the representatives of MAI International Department paid an official visit to the Republic of Kyrgyzstan for the first time and took part in the educational campaign Choosing a Profession ─ Choosing the Future! They also held the final stage of the International Physics and Mathematics Olympiad for prospective students.

“The main goal of the educational campaign Choosing a Profession ─ Choosing the Future! is to help school graduates in the Kyrgyz Republic explore their career options and the university in which they plan to build their future,” - commented Oleg Bogdanovich Sernetskiy, Executive Director of Public Foundation “Edinstvo”. 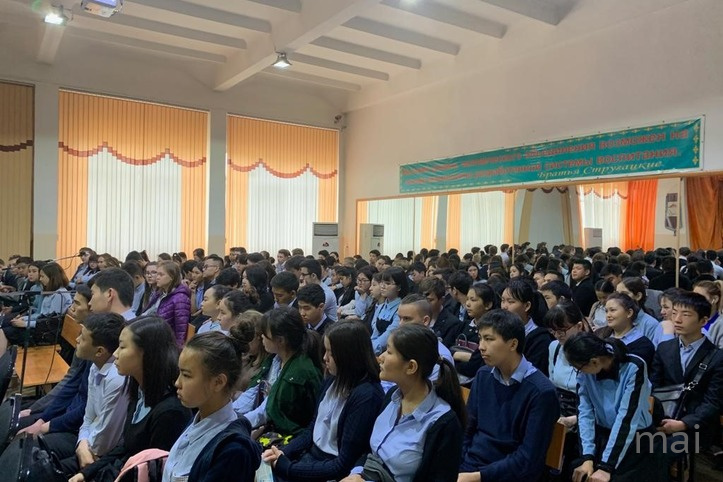 For three working days, MAI was represented in 13 leading schools and lyceums of the city of Bishkek. More than 1500 people learned about the opportunities that are opened to future students of the university. 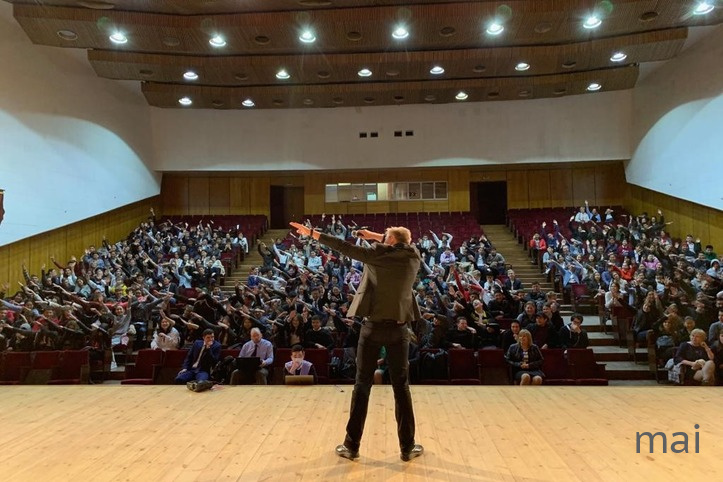 “There is great potential in Kyrgyzstan, all the prospective students with fire in their eyes and great interest watched our presentation, actively asked questions, and were eager to enter MAI. In this regard, we are removing barriers, and already in July of this year, applicants can enter MAI without leaving their homeland, passing the distance exams in Bishkek,” - said Eugene Guryev, coordinator of International Projects Department of MAI. 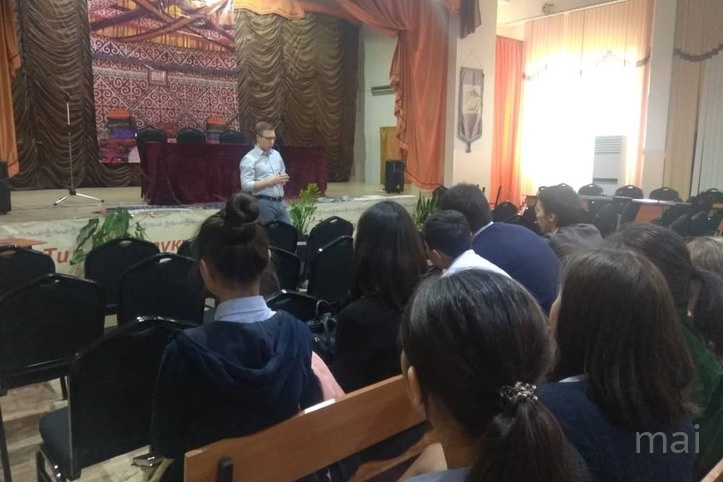 “This year for the first time we held a large-scale International Physics and Mathematics Olympiad for high school students in the five CIS republics at the same time - Belarus, Kazakhstan, Kyrgyzstan, Tajikistan and Uzbekistan. All participants were able to test their knowledge and assess the level of difficulty of the tasks in order to be able to better prepare for the entrance tests. The winners of this Olympiad will receive from 5 to 10 additional points for individual achievements, which will be summed up with the results of the summer entrance examinations,” - admitted Denis Vysokikh, Deputy Head of the International Projects Department of MAI.