MAI Scientists Have Developed a Robot for Inspecting Aircraft 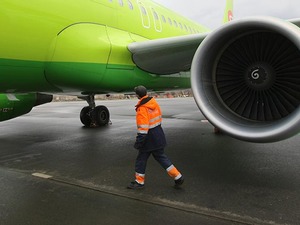 Engineers of Moscow Aviation Institute are working to create a mobile robotic complex, which will be able to make a 3D model of the aircraft and analyze its surface for damage after the flight. The model consists of interconnected ground and air platforms equipped with video cameras. The time of the inspection of the board by the robot will be 20 minutes, which is several times less than it would take by a person.

In this case, the complex may notice defects as small as several square centimeters. In the future, developers want to teach the neural network to identify smaller flaws. Tests of the experimental sample are planned to be held at the end of summer in the city of Zhukovsky, and trial operation will begin in February 2020.

Robots Are Working, Men Are Happy

During the flight, the liner is subjected to a number of serious loads - from the natural vibration caused by the engine to oncoming air flows. Therefore, airlines around the world pay great attention to the procedures for inspection of the liner after the flight.

For example, European robotics specialists have created the drone, which allows us to consider hard-to-reach places of the fuselage. Airbus experts have come up with a four-wheeled robot, with which the pilot can remotely inspect the aircraft, sitting at the controls. Russian scientists have gone even further by inventing their own system. 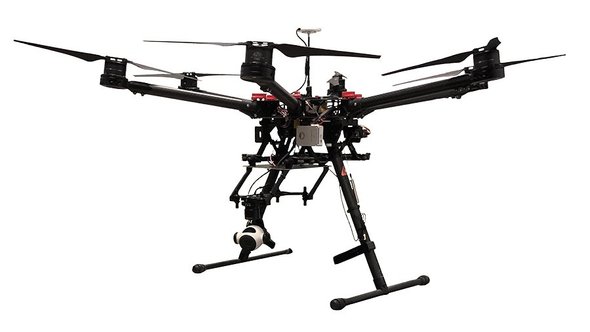 At present, the post-flight inspection is conducted by a person, which takes a lot of time, in addition, this process is ineffective. Inspection time depends on many factors, for example on its thoroughness, and may take several hours with the use of special equipment. Therefore, the Head of the MAI Department “Automated Complexes of Orientation and Navigation Systems”, Academician of the Russian Academy of Sciences Boris Alyoshin created a startup that develops a complex of ground and air platforms. The system will inspect the liner and automatically detect defects on its fuselage with minimal human involvement.

The capabilities of the complex have several advantages compared to a person’s work. First, the air and ground platforms will inspect a passenger aircraft for just 20 minutes - several times faster than a person. Secondly, the robot can accurately compare the model of the aircraft before and after the flight and indicate the place where the defect is just planned or has already appeared.

The ground platform, which is created by engineers of MAI, is a robot on four wheels about a meter high. It is equipped with a camera with a 30-fold increase. The platform can work for more than three hours offline, equipped with a variety of sensors, including the GLONASS/GPS system, for independent navigation.

The aerial platform is made in the form of a hexakopter - a six-engine unmanned aerial vehicle. Its diameter roughly corresponds to the reach of an adult. The UAV is equipped with an autopilot and a GLONASS / GPS navigation system. Same as the ground platform, the camera is fixed in a gyro-stabilized suspension for the most accurate pictures. The UAV is able to automatically take off and return to the ground platform, in particular, for recharging. And the work of the ground robot at this time is not disturbed. Flight time is about 20 minutes. 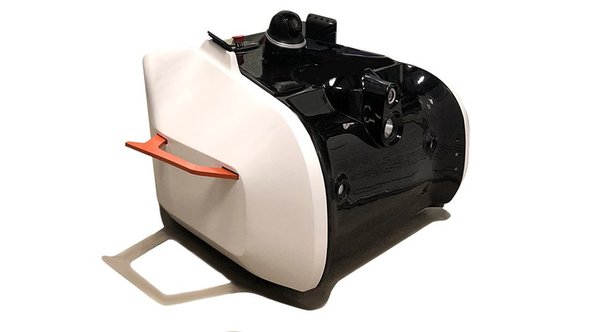 “This time is enough to inspect a Tupolev Tu-204 passenger aircraft,” - said Associate Professor of the MAI Department “Automated Complexes of Orientation and Navigation Systems” Dmitry Surkov. - “Also, the rotor communicates with the ground weather station (it will be installed on a four-wheeled robot) to find out about the weather conditions and to determine whether it is possible to start inspecting the aircraft. Our experimental model is capable of operating at temperatures up to –5 ° C and winds of 12 m/s.

I Ask For Inspection

Elements of artificial intelligence are involved in controlling the movement of both platforms. For example, a detour and circling obstacles of the platform are made based on the received signals from the navigation system and the technical vision system.

“The developed complex is capable of self-learning based on neural network technologies,” - said Alexander Chernomorsky, a professor of MAI Department “Automated Complexes of Orientation and Navigation Systems”, who explained. - “At the same time, it will be able to detect defects with an area of ​​several square centimeters — dents, deep scratches, cracks, open technological holes, and so on. The quality and accuracy of recognition directly depend on the number of iterations of neural network training performed. I think that as the tests continue, the system will be able to recognize defects and smaller ones.”

The first experimental site for the complex being created was Zhukovsky Airport.

“As a new airport, Zhukovsky strives to keep up with the times - to introduce and use the most advanced technologies, including the latest developments related to flight safety,” - said Yevgeny Solodilin, First Deputy General Director of international aviation holding company Ramport (the company manages this airport). - “Recently, MAI invited us to participate in the use of a robotic autonomous complex for inspecting aircraft. We have provided our platform for its testing and trial operation. We believe that the use of such technology in the future will significantly simplify the collection of the necessary information, which will positively affect the safety of flights. While we do not consider this project as commercial.”

According to Yevgeny Solodilin, at the beginning of the operation of the complex, it will be necessary to have an operator who can control his work. But in the future, with the accumulation of operating experience, the robot will facilitate the work of ground services specialists, quickly and accurately providing them with additional information.

Tests of the experimental model are planned to be held at the end of this summer, and the airport is going to begin trial operation in February 2020, the developers report. They added that, if necessary, the complex can be supplemented with a gas analyzer, a thermal imager, an electromagnetic radiation analyzer and other equipment.