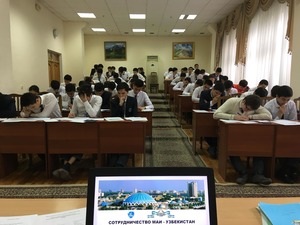 From 5 to 9 April, representatives of MAI International Department held the second stage of the Olympiad for prospective students in Uzbekistan.

This year, Moscow Aviation Institute for the first time held an Olympiad in mathematics and physics for schoolchildren in the CIS countries. All participants will be able to test their strength, assess the level of complexity of the tasks and better prepare for the entrance exams. The winners will receive 5-10 additional points to the results at the summer entrance exams.

“Russian engineering education is traditionally in very good demand in Uzbekistan,” - said Alexey Zarechenskiy, Deputy Head of the MAI International Department. - “This year we are holding an Olympiad in 5 CIS countries and about half of its participants are from Uzbekistan. Due to the fact that we cooperate with leading educational centers and lyceums of Tashkent, the prospective students show a good level of training and the best of them successfully enter MAI.”

The first correspondence stage, the applicants passed online and the best of them went to the second round. The second internal stage was held in Tashkent at 4 sites: the Alfak Training Center, the Academic Lyceum at the Tashkent State Technical University, the Russian Cultural Center and the International House Tashkent Lyceum. In total, more than 280 people took part in the in-person stage of the Olympiad. 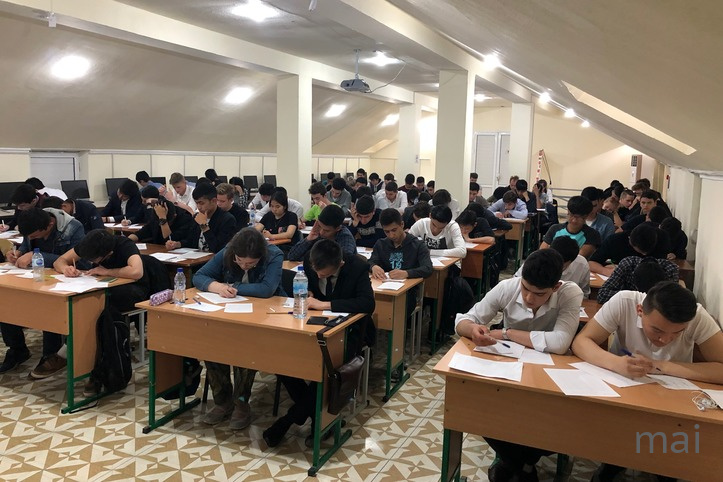 “Each venue where the Olympiad was held was filled to the maximum, which indicates the high interest of prospective students from Uzbekistan to our university,” - said Daria Rassadina, a representative of the MAI International Department. -  “We are glad that female applicants would like to become engineers in the aviation industry. It marks a change and increasing women's interest in high-tech professions. International Physics and Mathematics Olympiad of MAI makes admission for prospective students from Uzbekistan more accessible. Talented applicants who choose our university meaningfully, seriously approaching their profession and their future, can get additional points that will allow them to rise several positions up in the rating list of potential students.”

Uzbekistan is the first of the CIS countries in which the internal Olympiad round was held. Further similar events will be held in Kyrgyzstan, Tajikistan, Kazakhstan and Belarus, and in the summer in these republics MAI will conduct remote entrance exams. Last year, our university has already conducted remote entrance examinations in a number of CIS countries. In Tashkent they took place at the Alfac Training Center. 80 prospective students took part in them and 20 of them successfully entered MAI.

“We are an open area, anyone can come to us and try their hand,” - admitted Svetlana Bukhairova, Head of the Alfak Training Center. - “I am very happy that this year more than 100 people from Tashkent went to the second round of the Olympiad. The best of them will receive additional points for the summer entrance tests, which can also be passed at our Training Center.”

The results of the Olympiad will be available in early May, and the schedule of remote entrance exams, which will be held in Tashkent, will be known closer to June.