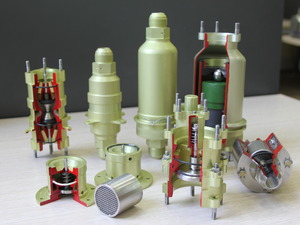 Fully domestic, from materials to design solutions, a crash resistant fuel system (CRFS) is created for the Ka-226 light multi-purpose helicopter and a number of other helicopters. It will protect machines from fuel spills, ignition and explosions - the consequences of hard landings that can occur with these types of aircraft. According to the new European aviation standards, all new transport and passenger helicopters should have a high level of safety.

The JSC “Technodinamika” (holding company) has been chosen as the main supplier of the CRFS for the company “Russian Helicopters”. Engineers from Moscow Aviation Institute are involved in the development of the fuel system: the team of the Laboratory No. 5 of the Faculty No. 1 “Aircraft Engineering” has been working on this project for over two years.

The domestic solution should replace the imported ones, which were used on the Ka-226 models. The fuel system includes dozens of valves, pumps and fittings, each node performs a specific task. The modern level is set by systems of foreign production. The goal of the developers is to create a domestic solution without lowering the bar. Or even better. 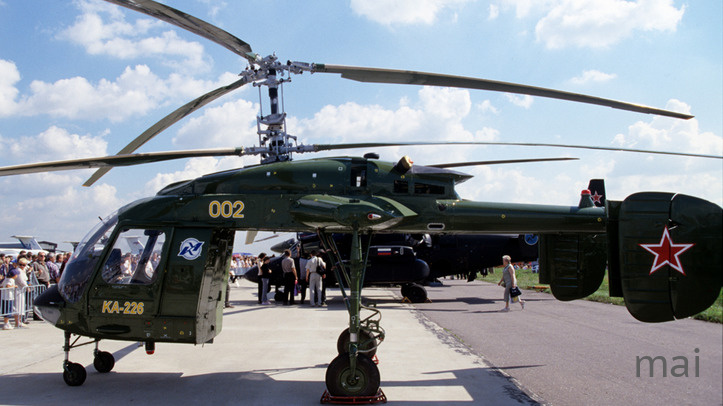 MAI and Technodinamika approached the task systematically: MAI specialists, together with the holding's specialists, are engaged both in developing the look of the system as a whole and in developing individual components and assemblies using the most modern technologies.

“We created a technical design of the entire system, accompanying this with the active implementation of mathematical modeling,” - says Denis Smagin, Head of the Laboratory No. 5. – “The principal solutions and approaches to the system were developed, mathematical modeling of the system operation at all stages of the flight, including taking into account possible refusal situations, was carried out. As a result, a number of key design decisions were adopted and the layout of the CRFS on board of the helicopter was developed. We calculated one-dimensional mathematical models and three-dimensional mathematical models, made adjustments on the results of calculations. And then assembled the "electronic layout" of the entire system and its composite. 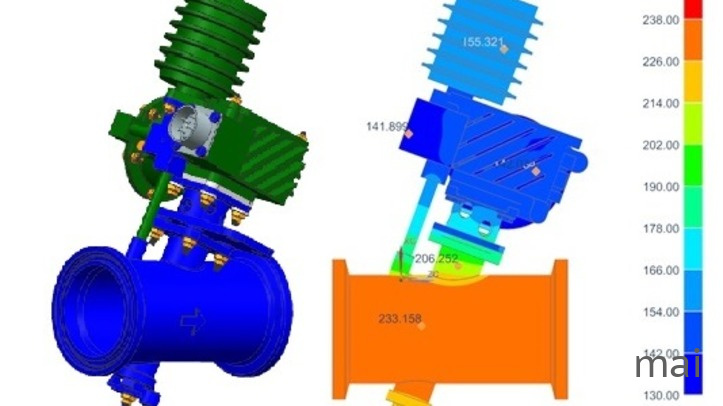 After the general idea of the harmoniously arranged CRFS was approved, it was subjected to decomposition: requirements for each of the units were formed. And only then engineers began to develop them, starting with conceptual design and calculations, and ending with the production of prototypes and testing. The first prototypes appeared in 2018. Six units have already passed preliminary tests. Four more are in development, at the stage of preparing documentation for models.”

All development is carried out in a digital environment - mathematical modeling allows to shorten the stage of field tests. Experimental units are also made directly at MAI, at an experimental pilot plant (EOZ).

In parallel with the samples from traditional materials, the workers tried to create samples using additive technologies - 3D metal printing with subsequent testing for compliance with all requirements.

“New technologies make it possible to realize a complex structure with optimal weight and size characteristics,” - explains Alexey Trofimov, specialist of the Laboratory No. 5. - “In addition, the production time is reduced: if the old part was made using special equipment, and much depended on the human factor, now we print it on a 3D printer, then we perform several machining operations and the part is ready.”

One of the units on which specialists tested the innovation is the flame-arrester cartridge. This CRFS component is installed at the entrance to the drainage of the fuel system and is designed so that in case of fire the flame does not penetrate the drain line. Traditionally, the cartridge is made of stainless steel tape, using a rather sophisticated technology.

“We tried to do the same with additive technologies. It is simpler - the detail is “grown up” as a whole, and you can try different geometries of the internal cells, which allows you to optimize the construction as much as possible for the given parameters,” - says Alexey Trofimov.

The technology and software for managing 3D printing was developed by the specialists of the Institute “General Engineering Training” of MAI, and 3D printing equipment was provided by “Additive Solutions”, a Moscow-based manufacturer of industrial 3D printers. 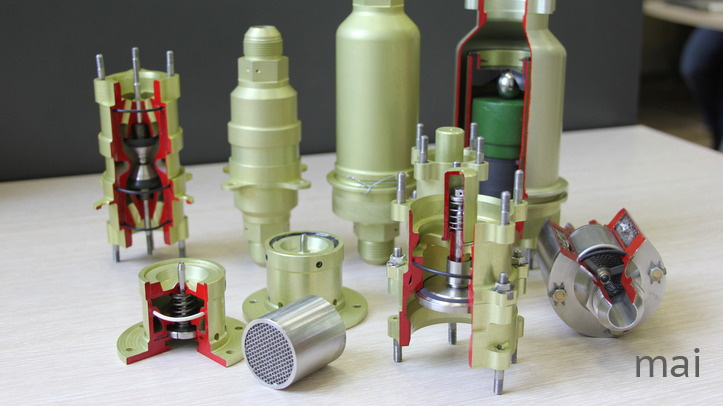 A Short Cycle is a Good Experience

In the team of the Laboratory No. 5 together with leading engineers for fuel systems work young professionals and senior students.

According to Denis Smagin, young people are involved at all stages of development. This allows to increase the interest of young professionals and realize their potential. “From the formation of the idea to its implementation in the hardware, it takes very little time to create the components of our fuel system - the engineer sees how his decisions affect the entire system,” - explains the Head of the Laboratory No. 5. The entire aggregate base from which the accident-resistant fuel system for the Ka-226 will be assembled should appear by 2021.

Technodinamika is confident that the introduction of the crash resistant fuel system on Ka-226 helicopters will confirm the development efficiency, prove its uniqueness and significantly reduce the maintenance costs of equipment. “Based on the experience of the already implemented project, we will be able to offer a system for other promising helicopters, including foreign ones,” - said Igor Nasenkov, the General Director of JSC “Technodinamika”.

This will not end the cooperation between MAI and Tekhnodinamika: together with the company and other industry partners, the Laboratory No. 5 conducts a number of developments of other systems for aircraft. These include, for example, units for an aircraft neutral gas system or an electrical power system.

Also within the framework of cooperation in the interests of the “Science Research Institute of Parachute Construction” of the company “Technodinamika” there will also be launched a Master’s degree program on the basis of MAI Department “Design and Certification of Aviation Equipment”.