Superconductor on Board: MAI Created a Powerful Electric Aircraft Engine 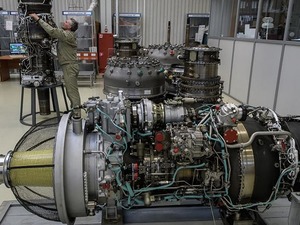 Experts of Moscow Aviation Institute for the first time used superconducting materials for the development of powerful electric engines. Such engines can be an alternative to reactive ones that are harmful to the environment and are sources of increased noise. Engineers of MAI managed to achieve greater power of the electric motor compared to the jet, which for a long time remained an insurmountable problem.

In the sky on batteries

Today, jet engines completely provide the energy needs of aircraft. Their principle of operation is based on fuel combustion and the formation of exhaust gases, which create the force of thrust. However, the use of such engine is detrimental to the environment. Because of it the noise level is increased both in the cabin of the aircraft and on the terrain located near the aerodrome.

An alternative to a jet engine is electric. The problem is that the specific power of modern electric motors for aviation does not exceed 5 k /kg, while the reactive ones have a capacity of up to 8 kW/kg. That is, the replacement will entail a decrease in the aircraft carrying capacity. Therefore, such a transition is not economically feasible.

However, the use of superconducting materials can increase the specific power of electric engines. After all, the main feature of superconductors is a significant reduction or even complete absence of electrical resistance. Consequently, the amount of current inversely proportional to the resistance increases, and with it increases the engine power.

The scientists of MAI involved superconducting materials in the creation of various types of electric machines. While this is not yet full-fledged aircraft engines, but only the base for them, the area where energy is converted from electrical to mechanical.

“Our team considered the concept of an electric aircraft with a hybrid power plant and superconducting electric machines,” - told Konstantin Kovalev, Head of the department “Electric Power, Electromechanical and Biotechnical Systems” to “Izvestia” newspaper. “This system consists of a gas turbine engine rotating an electric generator, an electric engine and a cable line connecting them. The specific power of such an installation is over 10 kW/kg, that is, more than that of a jet engine."

The installation also includes a cryogenic support system. The fact is that superconductors have low resistance only at very low temperatures. Now developers use liquid nitrogen for cooling, which has a temperature of −196 degrees Celsius. The use of refrigerant also almost completely blocks the possibility of fire in case of a short circuit in the wiring, which increases safety on board the aircraft. It is planned to maintain the cryogenic temperature by onboard cryopreservation systems, which today are compact enough to be used in aviation.

“The main difficulty in transferring aircraft from jet to electric engines is the need to rebuild all the internal systems of the aircraft,” - explained Dmitry Dezhin, Associate Professor of the Moscow Aviation Institute. – “In order for such a transition to be effective from the economic point of view, it is necessary not only to equalize the specific power of electric engines with turbine ones, but to significantly increase it.”

According to the authors of the work, this can be done by switching to cooling superconducting engines with liquid hydrogen (−253 degrees Celsius). This degree of cooling of superconductors can increase the specific power of the engine to 30 kW/kg. But at the moment the problem with the use of liquid hydrogen is that it is explosive, expensive and requires a lot of energy for production.