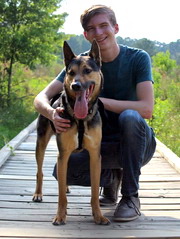 Tanner Rawlings is 19 years old, he is from Texas and can fly a plane. His father and brother are pilots, but he decided to be involved in something more challenging and become an engineer. Among all universities of the world he chose MAI.

Hello, Tanner! Tell us a little about yourself.

Hello! I was born in Ohio but grew up in Houston (the USA). I graduated from Kingwood High School in Texas and now I am studying  in the Pre-University Foundation Program of MAI. I learn Russian language in order to later enter the Spacecraft Engineering program of the university.

Why would you like to enter Spacecraft Engineering program?

I decided to devote myself to space research because my Dad and my brother are pilots, and many members of my family are involved with aviation. I do not want to make a career out of flying. I do not mind flying, I enjoy it, but I would like to work on something more technical or cerebral.

Wow! Do you know how to fly a plane?

Yes, I only have a Student Pilots License. In the USA, you can get it at 16 years old. I got it when I was 17. It is for small single engine aircraft. It is funny, but I learned to fly before learning how to drive. To fly for me is natural, I feel freedom and wild in spirit.

Amazing. Not so many people at your age have a pilot license! So tell us, why did you decide to study in Russia?

When I was in High School, I had a plan to go to Austria and earn my mechanical engineering degree there. If you ask me why Austria, I'd say it's because I know German (I studied it in school) and have many friends there. 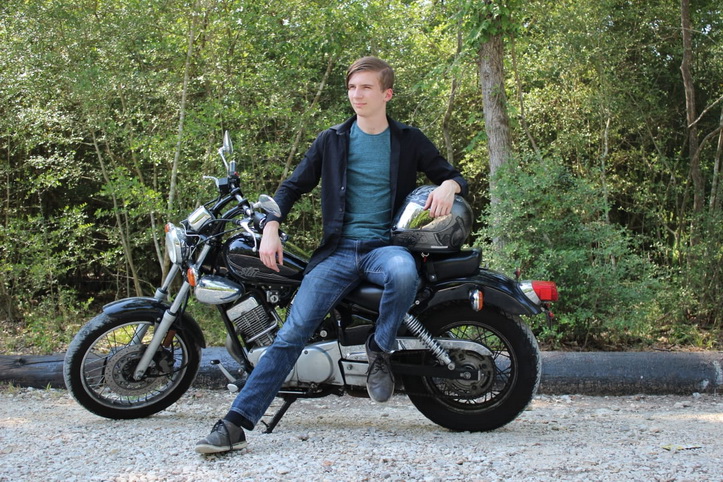 But after a while I thought about it, talked to NASA engineers, friends of my family, who were involved in the industry. They said that aerospace engineering and space exploration are in demand, companies look for well-trained engineers. I thought yes, I can go to any US university, but the knowledge will be like any other engineers and I decided to study in Russia – nation that pioneered space travel, to study at the university which is connected with Soviet space programs and cosmonauts. To me it made sense, it seemed like a wonderful opportunity.

It is a wonderful story. How did you find out about MAI?

I was looking for universities online, for example, in Sweden for Aerospace Engineering. But then I thought why in Sweden, they do not have a Space program. Russia has a Space Program,. it would be a more practical, experience. So, I started searching for universities in Russia, I found out about MAI and applied.

Have you ever visited Russia before?

This is my first time in Russia. As I said, I am now studying Russian at the Pre-university program of MAI. I chose the Russian program because it is a challenge. Russian is a little bit more difficult than German. 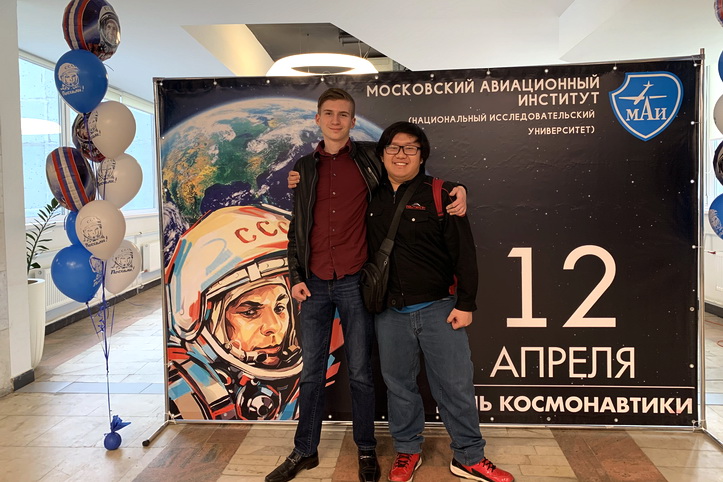 When does your foundation program end?

I think my foundation program finishes in September, I am in the Intensive Course. I plan to enter Institute No. 6 Aerospace. My Russian is well now. I believe that I will take the basic entrance exam. And I plan to stay here for 5 years. By the way, I met another American here – Dominique – I asked her about all the rules. She is very intelligent and extremely funny. She is also studying in the Russian program of MAI.

What is the most interesting part in Spacecraft Engineering for you?

For me the most interesting part in Spacecraft Engineering is engines, especially electronic propulsions. Although electronics for me is like  magic and, but of course, I am interested in a rocket engine design. I also really enjoyed airframe design. When I was in High School, I took an Aerospace Engineering course and learned quite a bit about rocketry, especially propulsion systems.

What do you think about contemporary world space programs?

I am very supportive about Mars and Moon projects. I do believe in expanding humanity's  horizon. I believe that we have to first learn to survive on the Moon. Plus mining operations, and other  commercial aspects. I think mining on Mars could be really benefit the Earth since we do not have many resources. I am very skeptical about government programs. I know that the European Space Agency and Roscosmos are working on a joint moon program, and the US has its own program.. It is difficult because you need 4-6 years to make progress in the program, but then you have an election and new kind of politician comes to power, they cut these things or change things up. This situation often happens in the US. But there are some private companies, which I believe would be the first ones to set up on the Moon, and be the first ones on Mars.

By the way, what do you think about Elon Musk?

He is amazing. My brother and I always watch Falcon launches and test flights from earliest times. Once I was driving home from work and my brother texted me that the launch would be in a few minutes. I pulled over onto the side of the highway and watched the launch on my phone.

He is a billionaire - professional, and also very humorous, I follow his twitter. Elon Musk recently tweeted about a new coming of Teslas which will blow your mind. 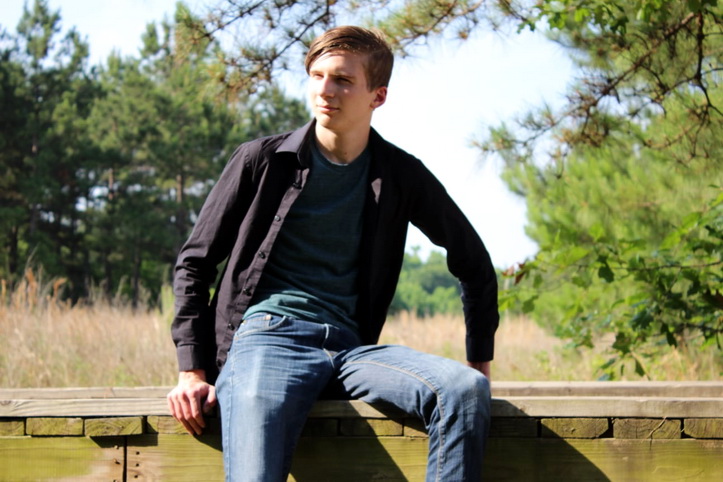 Live Issue: is Russian diploma accepted by the US employers?

I have talked about that with a family friend. He actually was a shuttle commander.. He said that NASA has been dealing so much with Russia and other foreign programs, it would be foolish for them to take any issue with it. About education he said with regards to space and rocketry, Russia’s degree is considered equal with the US one.

Have your parents visited you here?

My Dad and my Stepmom came over. Before arrival, my dad said that Russia is OK, he would come and help me get situated. But there were some heated discussions in the circle of our family. Some of them said that I would be kidnapped by the KGB or something like that. But my dad said that everything will be fine, nothing to fear. He was in Russia in early 90s when he flew cargo. He was also in Azerbaijan and Kazakhstan and visited some places not far from Moscow. So he had a chance to come back and see Russia one more time.

From what month are you here?

I arrived in Moscow on February 27. This time was really freezing for me. In Texas we normally have 10 or 15 degrees Celsius in winter. We have one or two days with 5 degrees celsius but it usually only happens in a winter storm. In summer it usually gets up to 40-45 degrees.

My dad and stepmom actually got married in early March, so they decided to come over and start thier anniversary a bit early, For them it was very romantic because all the Christmas stuff was still on the streets. They really enjoyed Moscow. I didn't see much of them as I was busy with processing  my documents. I did not know any Russian when I arrived here. I just knew “Da” (Yes), “Net” (No).

Moscow is really interesting city. It's really nice, I am not usually a big fan of megalopolises. You know, I hate New York because it is too big. Moscow is big enough but it's  still spread out. You do not feel lost in the crowd here. On my first day, I had no idea what to do, but I asked two random students, they spoke very little English but helped me to go back to the dormitory and finish off the rest of my documentation process. Overall though in Moscow, I have the same feeling as in Downtown Houston. 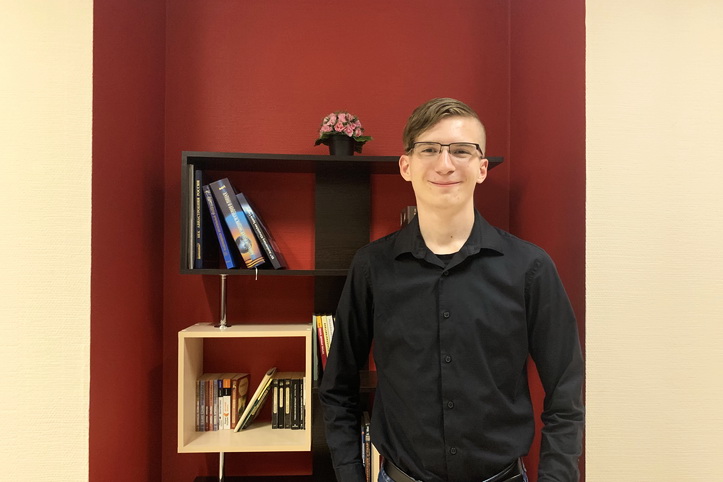 What do you usually do in your free time?

I usually walk or run. I always enjoy running. But when I was 15-16 years old, I had just gotten my motorcycle and I stopped running. I watch some TV shows like Lucifer on Netflix. I heard about a new HBO series called Chernobyl, I would like to watch it.

Do you have friends in Russia now?

I have a few friends from Algeria, Ecuador  and Russia. They speak good English. They are good people. Often my russian friends invite me to hangout during the various holidays.

How many classes do you have at your prep program?

We study 6 days per week. My subject is just Russian. I think that in July I can take Math or Physics. My goal now is to learn Russian. Math  and Physics I can do by my own.

What life advice can you give to our potential students?

It is not easy to study abroad, it is a challenge. When I came here, I did not speak a word in Russian. Now I can chat with people, get my hair cut, go to shop, ect. Try not to forget the calculus like I did. If you are in High School, do not take a year off like I did. I was going to apply for Austria, in that time I was working in the oil industry. If I could do it over again, I would have contacted  MAI right after graduation, and would've started the normal preparatory courses in September.

The person who would like to enter MAI, should have a great sense of humour and adventure. At first in my life, I put weeks and months of planning and it has never worked out. To come to MAI was just 30 minutes of thought.  Funny thing, most times Russians think that I am Russian too. When I am sitting at the metro, a “babushka” (grandmother) will sometimes start getting onto me or telling me off. Or somebody would ask me something and at first I feel in shock, but then you just use Russian words and everything is ok.