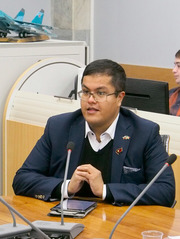 Aarón Garduño Rodríguez, a postgraduate student of Aerospace Engineering program, shared the story about his journey to academic heights and popularity among Mexican media.

Hello, Aaron! Please, tell us, why did you decide to study in Russia? I was born in Mexico City 30 years ago. I never thought in my life that I would study in Russia. When I was 5 years old, I had a journal with publications of some Russian news. There were publications about Yuri Gagarin. I was very interested in this guy. I read a lot about him and Sergey Korolev. I watched beautiful pictures of space. I thought that my life should be in Russia. Moreover, my uncle received his PhD in Material Science fr om Russia, after which he became a professor at the National Polytechnic University in Mexico. After a while he came to MAI as the first ever visiting professor from Mexico.

I always had in my mind that I want to live and study in this country. My dream came true 4 years ago. Russian government granted me a scholarship to study at the Master’s degree program of Moscow State Aviation Technological University (MATI), which became part of MAI in 2015. Now I’m pursuing my PhD at the Institute №6 “Aerospace Engineering” of MAI. 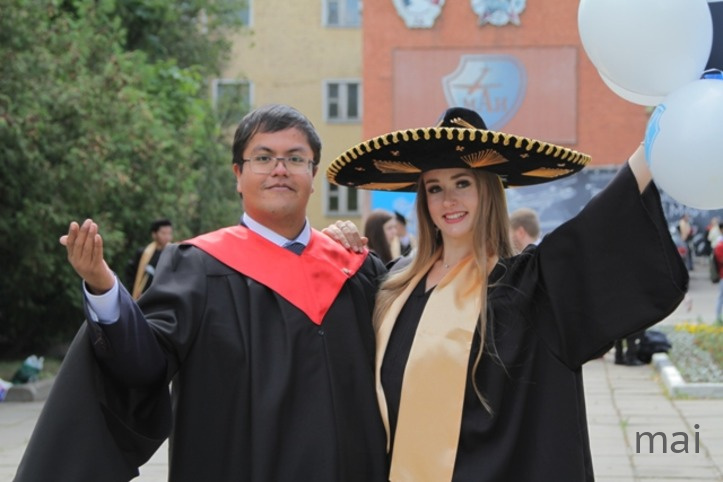 Did you complete your Bachelor’s degree in Mexico?

I completed Bachelor’s degree program on Biomedical Engineering in National Polytechnic University, the second university in Mexico. I wanted to be a doctor, so that I could help people. But my parents said no: they are doctors, my sister is a doctor, so they decided that there will be no more doctors in the family (laughs). I decided to start a different career. I wanted to combine medical science and engineering, so my choice fell on Biomedical Engineering.

I studied at the National Polytechnic University for 5 years. Then I worked in the PR-department of the university for 4 years. My job was to assist students in their participation towards academic competitions and receiving scholarships and grants. It took me three years to receive a grant to study in Russia. I think that Russia is a powerful country and a lot of experiments in the sphere of space are made here, in which I was really interested.

Tell about your first years in Russia. 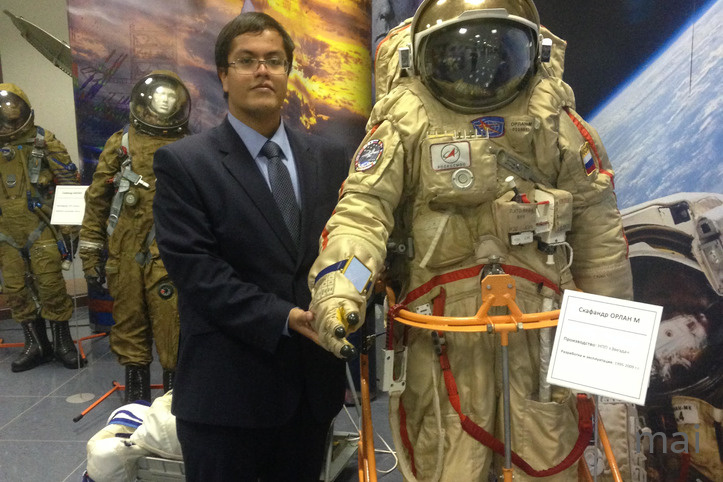 Why did you decide to make a PhD at MAI?

My scientific supervisor on postgraduate degree program Lyubov Strogonova, Doctor of Technical Sciences, offered me to make the PhD at MAI because our university has collaboration with Institute of Biomedical Problems of the Russian Academy of Science. So I can combine aerospace engineering and biomedical.

Does your research concern the health of astronauts exactly on the Moon or during the flight to the Moon? Both. The conditions of health during the flight and during the establishment of base on the Moon. It is a new environment. It is an innovation. We read about the Moon and its characteristics. But we never stayed at Moon and could only have assumptions about the conditions of that environment. Hence, a state-of-the-art control and checking system should be made for astronauts.

I make some experiments at the Institute of Biomedical Problems of the Russian Academy of Sciences. My research team is dubbed as “Analog mission: flight to the Moon”. My scientific supervisor works there too. I am working there as a research consultant. 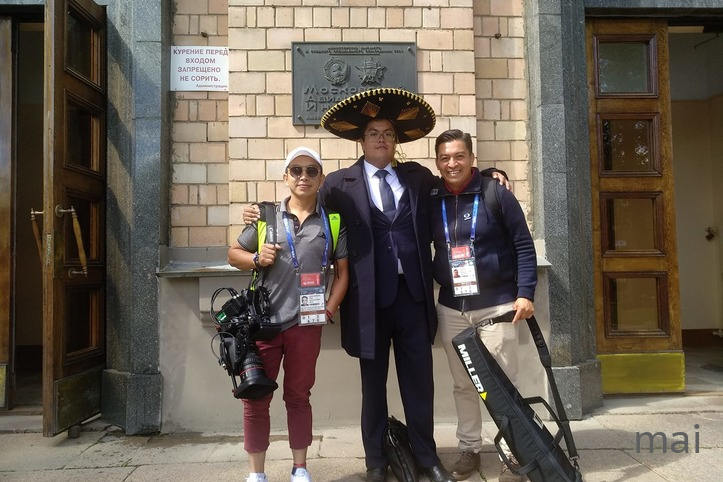 There are a lot of publications about you in Mexican media. How did you achieve it?

When I worked at the PR-Department of National Polytechnic University, I often communicated with national media. If our students receive a grant, I sent the information to various media and they published it. I never wanted to be popular, just a regular guy. But we keep in touch and when they knew that I graduated from Master’s degree program of MAI, they came to Russia and made a story about me (report made by Mexican media company "Televisa").

How is your day built and what do you do in your spare-time?

I usually start my day at 5 a.m. I prepare the breakfast, write some e-mails, talk to my parents via Internet, go to the university, have a meeting with my scientific supervisor, then I have classes, meet with friends.

In free time, I like to visit museums and conferences. I studied political science in my country and I was interested in helping people, so I took active part in social life (lately Aaron took part in the First United Nations Conference on Space Law and Policy, 17th International Conference "Aviation and Cosmonautics", Round Table dedicated to the 100th anniversary of the Komsomol, etc.) 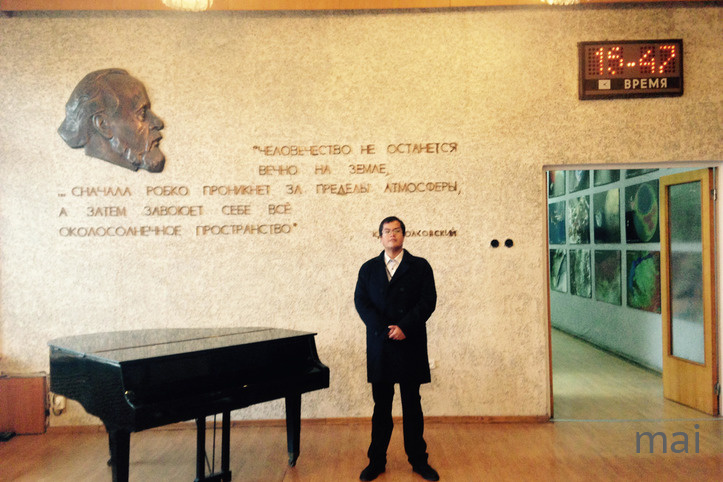 I visit scientific conferences because I am very interested in the topics that concern my research. I do not like to stay in the room all day, I think that it is an utter waste of time. I want to be active. Lately, I have participated in the 17th International Conference "Aviation and Cosmonautics”, which was held in the framework of Aerospace Science Week. Together with my scientific supervisor, I presented our project about biomedical conditions of astronauts during the flight to the Moon and on the Moon.

Once I had an opportunity to meet a lot of astronauts in Kremlin. It was a movie premier “Salyut 7”, wh ere I was invited by a friend from NASA and it was really a great experience. I visited Saint Petersburg, Kazan and Tula. I often visit my homeland. Russia is very different from Mexico: climate, people. Now I have adapted my body and mind to Russia.

Aaron, what are your plans for the future?

I want to be a good scientist and help our countries to cooperate in the sphere of aerospace. I would like to establish my career in Mexico, because Mexican government founded a Space Agency in 2010. I want to help my country build the space industry. I really love Russia, I think it is my second home. I feel like Russian sometimes, and I would like to help our countries to have a good relationship. 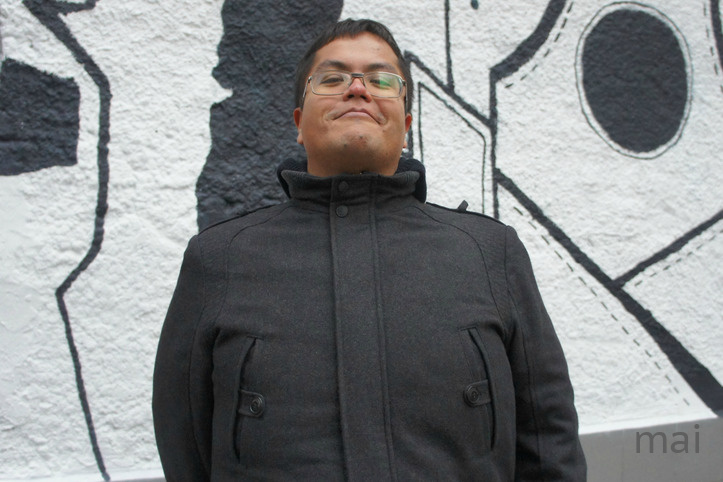 What advice could you give to international students who are just starting their way?

I advise them to apply to MAI because it is a good opportunity to study in the well-known aerospace university and receive good education. MAI offers students highly qualified professors and well equipped laboratories. Students must be brave, learn Russian culture before arrival. At the first view Russians are cold people, but when you know them better, they appear to be very sensible and helpful. So do not be afraid to build your own educational way to a successful future.