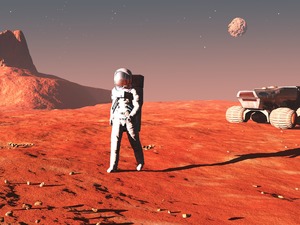 In the spring of 2030, the IT university of MAI patented a neuronet for learning artificial intelligence based on multiagent decisions. The MAI development is designed primarily to improve efficiency and provide additional economic benefits in the work of terminals for the regulation and maintenance of unmanned vehicles.

Artificial Intelligence allows you to evaluate not only the technological aspects of operation, but also it is able to quickly make decisions on the economic component of the process like flight booking, reservation and delivery of aircraft to the terminal, planned and emergency maintenance of equipment. Based on multi-agent solutions, the system allows the unmanned aircraft to independently plan and optimize the service schedule.

Such a significant variability of the system is possible due to the fact that multiagent decisions can be used in a deliberately unknown execution environment. First, the software product created in the MAI generates and evaluates the execution environment of the final task, and then it launches and executes it. The multiagent technology allows each physical object to create its own intellectual avatar, which will communicate with other intellectual avatars.

In addition to the Artificial Intelligence the “Aircraft-Robot” system becomes a multiagent platform where the avatars solve all the tasks by themselves. IT university of MAI is based on the IT-center that was founded in the university in 2017. Innovative approaches for training IT-specialists allowed MAI project to become a leader in the development and implementation of educational products in the field of information technology.

MAI-SJTU: preparing to the colonization of Mars

For almost a twenty-year history of cooperation, Moscow Aviation Institute and Shanghai Jiao Tong University (SJTU) have provided a complete cycle of the educational process in the aviation and aerospace industries - fr om joint workshops for younger students to advanced professional education programs demanded by leading global aerospace corporations. In December 2029, specialists trained at the Joint University MAI-SJTU established the Central Aerospace School for Training Employees on a Russian-Chinese project on the colonization of Mars. A unique experience in the implementation of educational projects (the first of them was the work on the Russian-Chinese wide-body long-haul aircraft) will allow MAI team to accomplish this task using the most modern and effective educational technologies.

The training will be conducted in a virtual adaptable environment, which provides the opportunity to solve practical cases and adjust the educational process to the students.

Less than 15 years ago, in 2017, the School of Drones was founded at MAI wh ere over the years many innovative and advanced developments in the field of remotely-piloted vehicle have been implemented. The personalized automated taxi (PAT) was the most massive and affordable product among them. Launched this year in mass production, the vehicle can transport up to four people with luggage. It takes less than two hours for the PAT to cross the maximum flight distance which is 500 km. 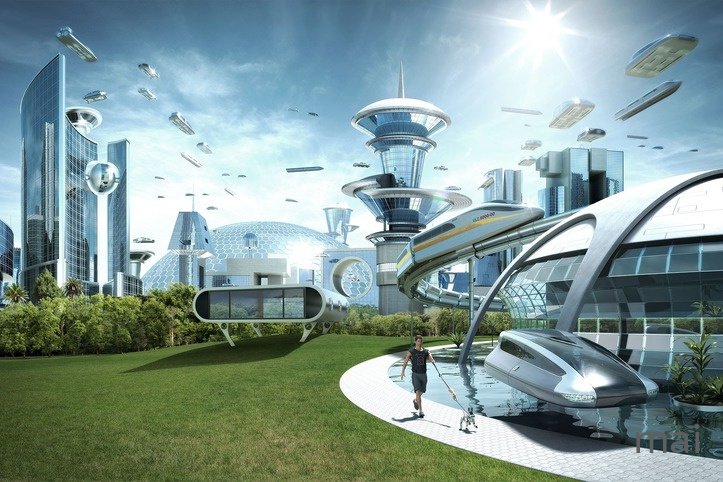 The production of the PAT developed at MAI has been fully established in Russia, including a unique power plant that uses clean renewable energy obtained through cold nuclear fusion. This technology was discovered by Russian scientists in 2021. The intelligent onboard PAT system together with regional flight control centers and dispatching services allow you to safely process thousands of orders in major cities of the Russian Federation without the risk of air incidents.

Successful hundred: an anniversary graduation was celebrated at MAI School of Management

The 100th graduation from the School of Management was celebrated at Moscow Aviation Institute. The occasion for the anniversary was a program developed and conducted specifically for employees of the Massachusetts Institute of Technology.

More than 1000 successful graduates of the School of Management gathered at MAI for festive events dedicated to the anniversary graduation.

In the spring of 2030, MAI engineers conducted successful tests of the new additive system for the production and repair of an aircraft. In contrast to today's traditional systems for additive production, which are located at every airport in the world, the development of MAI specialists allows for the revision or replacement of aircraft components directly in the air. The development is designed for use in transport aviation and on special purpose aircraft, but it can also be installed on civilian aircraft.

MAI unique system includes a “swarm” of robotic nanodevices — mobile 3D printers and software based on artificial intelligence, which allows one to realize such a non-trivial task. During the operation of the aircraft, the intelligent system accumulates information from sensors integrated into all the structural elements of the aircraft, and an electronic model and control program, based on the received data and continuous analysis, are automatically generated for the production and repair of necessary elements during the flight.

The use of MAI development will significantly improve flight safety due to the ability to repair aircraft as quickly as possible and completely eliminate their simple, most inefficient stage in operation, for this reason. The level of technology incorporated in the MAI development also allows improving the utilization rate of the material (buy-to-fly ratio).

Today, MAI experts are moving to automatic formation of the metal-powder compositions for programming the properties of products and obtaining characteristics unattainable by other technologies. New algorithms for the formation of layering patterns at the nanoscale provide an opportunity to predict and obtain a unique structure of products.