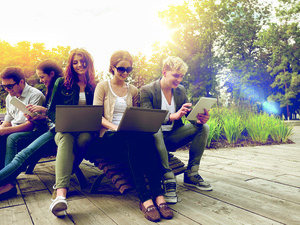 When MAI graduates joke that their university, qualified in aviation, is both musical and athletic, they basically tell the truth. Moscow Aviation Institute is a quite magic place that supports all the students’ talents.

A small country with the proud name of MAI gave this world a lot of unique people including not only scientists, engineers and managers, but also elite of sports and creativity (honored champions, recognized masters, filmmakers, artists and musicians), i.e. inspired, gambling and extraordinary people. MAI unique environment is a key to find your place in the future. This is the place where you can enter hundreds of clubs and teams, as well as create a new one by yourselves. Furthermore, this place gives you an opportunity to rise to extraordinary heights, starting fr om scratch, fr om an absolutely clean sheet.

In 2011 MAI has surprised everyone by presenting a student orchestra. For the first time it used to be chamber, then it became symphonic. And finally, it is a neosymphonic orchestra. The orchestra is headed by Arsen Baderkhan, a graduate of the Institute №3 “Control Systems, Informatics and Power Engineering”. 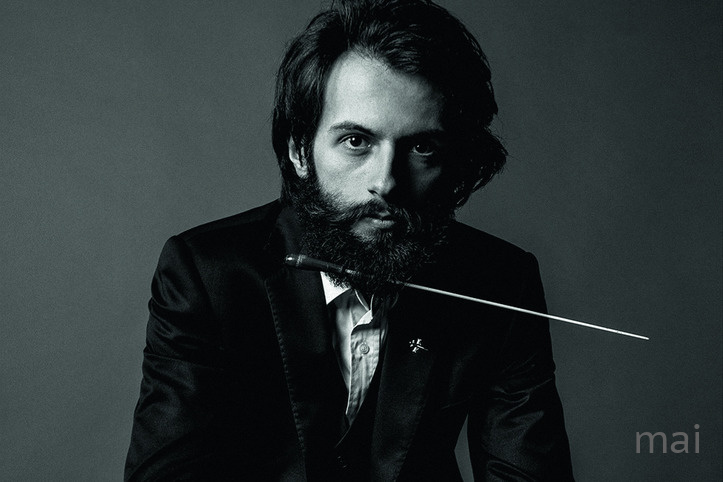 Arsen loves music since childhood. He learned to play piano, guitar and violin, wind and percussion instruments, and then he began to write music. Arsen Baderhan created his first music group in the first year of studying. In a few years, this group has evolved fr om an amateur ensemble into a real symphonic orchestra. Now MAI orchestra is not only for MAI and graduate students, but it is also for students and graduates fr om the leading musical universities of Russia.

- I have long been on the idea of creating an orchestra in MAI with the university has all the resources for creativity, - tells the young conductor. - For example, the beautiful Palace of Culture, where you can rehearse and perform. I was doing what I liked, and everything turned out as if by itself. It turned out that I have a lot of like-minded people at MAI; a small band has grown up to a full-fledged symphonic orchestra of 50 people. 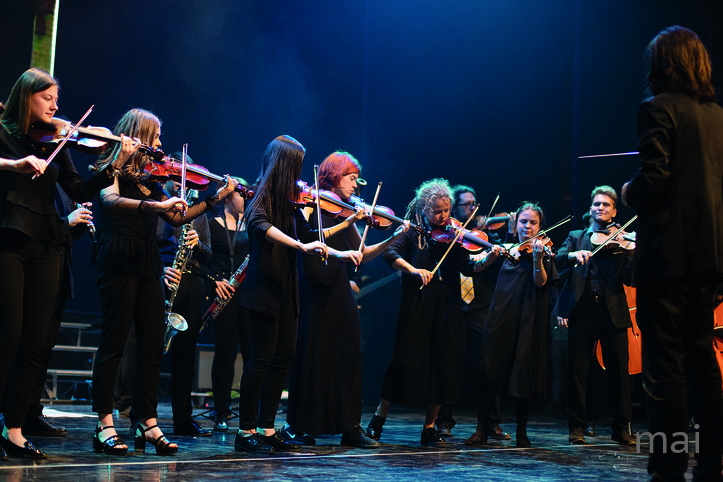 Young musicians are good at performing demanding classics, too. The repertoire of the orchestra consists of Bizet’s, Shostakovich’s, Saint-Saens’s and Sviridov’s works. Moreover their audience is also impressed by original arrangements of the “Star Wars”, “Lord of the Rings”, “the Pirates of the Caribbean” soundtracks.

- I think that science and music are inseparable. Any technical education is very useful because you do not just learn to count or know how an apple falls. Both your conception of the world and attitude to music are changing. Music is practically the same as mathematics because it consists of physics, mathematics, and acoustics; everything is connected. Music turns your casual life into something new. - Arsen Baderhan says.

Russian volunteerism is getting more popular every year, and MAI has glorious pages in this story: it has arranged All-Union constructions, patronage of schools and orphanages, mass donor campaigns. MAI is the university for concerned people. In September 2015, the university acquired its official volunteer center, which became the center of attraction for kind, active and concerned people.

Sergey Ivanov, a graduate of Moscow Aviation Institute, is one of the founders of the center. In the summer of 2015, a lucky chance brought a third-year student to Skolkovo. After working during two full days as a volunteer at the conference there, Sergey felt his university need its own volunteer center. His initiative was supported by both students and university management, and by the end of 2016, MAI volunteer center was already recognized as the best at the All-Russian level. 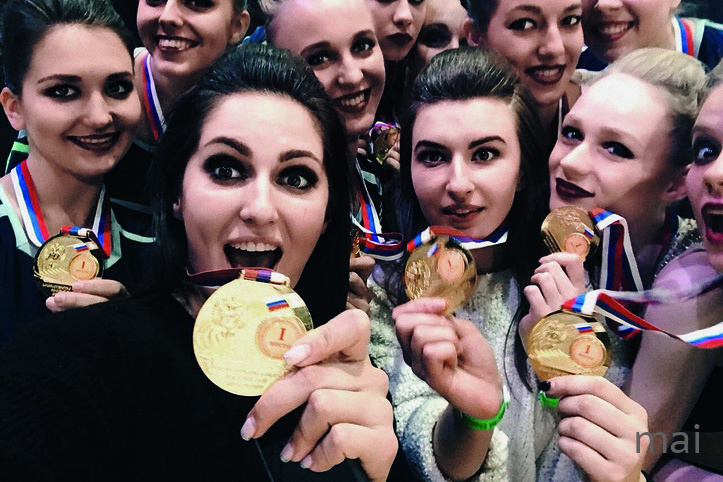 MAI volunteers help to organize university developments. There also busy with the “technical volunteering”, i.e. they participate in the restoration of aircraft in the Central Museum of the Russian Air Forces in Monino. MAI volunteers are also welcomed to technical exhibitions where participants with a calm heart trust their inventions and constructions to future engineers. Even for the FIFA World Cup Russia 2018, MAI had a representative office, and training of Moscow volunteers also took place at the university site.

- Volunteering allows you to plunge into the students’ life, participate in interesting developments, and to be an active citizen, not an outside observer, - says Daria Streltsova, a student of the 2nd Institute of the MAI. – You meet new people and try your hand at different activities to better understand yourself.

Ekaterina Baryshova, a student of the Strela branch from Zhukovsky, agrees with her:

- To be a part of MAI volunteer center is the same to be a part of the most active, cool and positive people of the university. If you enter it you’re a lucky one. Volunteering gathers people, gives you an opportunity to communicate with people of the same age and strangers, reveals your virtues of the heart, urging you to support and help different people. 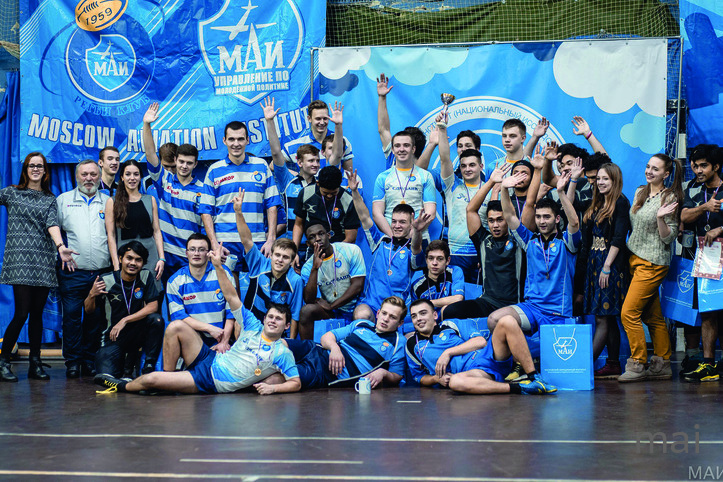 Students’ activity brings fruit in sport, too. Moscow Aviation Institute is a famous forge of champions of the country, the continent, the world, the Olympic Games. MAI student sports club was created first in the country, in 1945. Since then, MAI teams in rowing, basketball, volleyball, handball, rugby, and tourism have become the pride of Russian university sports. In the new century, new kinds of sports have appeared, in which the students occupy leadership positions.

In 2008, a small sports team, a cheerleading team called Jetix was created at the faculty of aircraft radio electronics. Back then the strange new word “cheerleading” was more often found in Hollywood youth comedies than in the lists of sports disciplines. The team was organized by Inna Lyubchenko, the 2nd year student, who was keen on cheerleading and had already participated in the competitions. Her infinite energy attracted talented girls to the team, first at her faculty and then from the whole institute. Then in 2010, our girls, led by the same student as they, began taking top places in the capital's university competitions, and then in Russian and European cups. In 2011, Inna, as part of the Moscow team, became a world champion, and this only helped her lead and train the team from MAI. Now Jetix is ​​in the top 3 of the best professional teams in Russia, and literally in mid-May, the girls won the All-Russian student competitions and were selected for the World Championship among student teams! But it all started with the usual student team, who used to train in classrooms!

A lot of interesting stories started from an ordinary student team at MAI, as well as “mind games” like “Brain-ring”, “What? Wh ere? When? ”, “Jeopardy ” were not an exception.

Students measure their intelligence with passion. Every week they train. By the way, the young “expert” Dmitry Drobyshev (then he was a 4th year student of the faculty of aviation technology), a few years ago became the best player in the “What? Wh ere? When?”. And now, sometime the Intellectual Games Club of MAI, the student kingdom, is visited by connoisseurs of the “What? Wh ere? When?” club, for instance, Alexey Blinov, who recently conducted MAI championship in his favorite game. 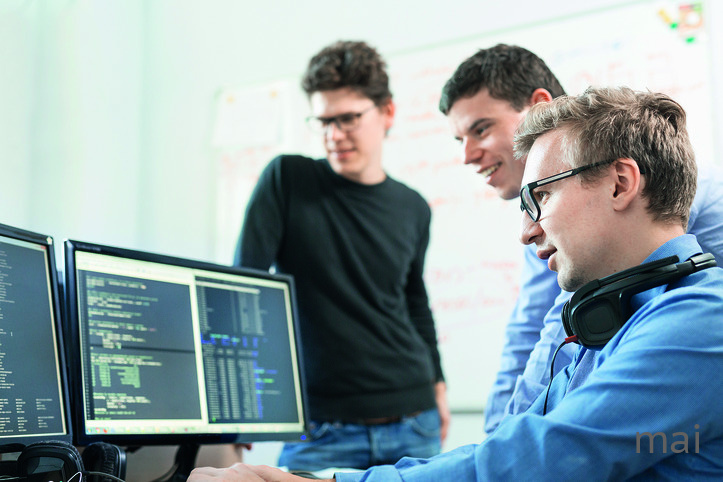 There is a chess club called “Mayevets”. This year it celebrated its 10th anniversary. MAI students have been playing chess before, but in 2008 Yuri Kan, the Professor of Probability Theory, decided to catch MAI chess team up, and he became the permanent president of the newly baked club, then. The club is attended by students, graduate students and university staff, and the university team now plays only in the first and top league of Moscow student games.

The Lambda club is attended by fans of programming, as well as by pupils, teachers and MAI students.

- In Lambda we’ve launched course for different subjects like programming languages Python and C, machine learning, neural networks, web development, - says Timur Meisenberg, the head of the club and the student of the faculty of general engineering training. – Furthermore we do application programming. That’s all about microcontrollers and all sorts of robotics.

In just three years of the club’s existence, its participants have been thoroughly pumped into programming. Students win hackathons, write applications for large companies, wh ere they are willing to be invited for internships and practices.

- MAI changed my conception of the world, - says Boria Tseitlin, one of the founders of the club. – Thanks to the university I changed my world view, raised awareness and grew a lot, I’d say. Moreover, I understood that you can’t wait when a chance miraculously drops out of the sky. You have to seek and create it. Search the possibilities, and while you’re doing it gather with the like-minded people. This is the key of the student life.