I am a technical engineer 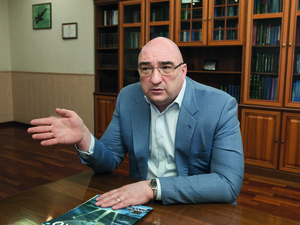 "The secret of success is to work, not to be afraid of new tasks, to go for a deliberate, conscious risk, in any case not to lose the trust of colleagues and leadership", - Andrey Varichev, graduate of MAI and Head of the holding company Metalloinvest.

Andrey Varichev graduated from Moscow Aviation Institute named after Tsiolkovsky (MATI), but with the dissolution of the USSR in 1991 and the growing crisis he hasn’t worked in the aerospace industry for a long time. Andrew Varichev used his knowledge acquired in another field. He has been leading different major projects in metallurgy since 90s, and in 2013 he headed the holding company Metalloinvest, a manufacturer of high-quality steel, which is a market leader of iron ore and metallized raw materials.

Andrew Varichev, a gold medalist, was hardly studying to get good technical education in Moscow. He studied in two correspondence schools – mathematical MSU and physic-mathematical MEPhI - at the same time as he intended to enter one of these universities. But as so often happens, he entered MATI by accident.

Andrew moved to Moscow from the city of Orel in 1985. When he and his friends went to the cinema "Pushkinsky" he accidentally see an announcement of students' intake to MATI next to a schedule of sessions. He had one hour and a half before the movie started, as well as the Admissions building on Petrovka Street was not far from Strastnoy Boulevard… “I came there. I was told that I couldn’t enter at the moment. So, next day I gave them my documents, passed the mathematics exam with flying colors (gold medalists had to pass only one exam) and, then my studying at the Faculty of Aviation and Mechanics began on September, 1,” – remembers Andrew Varichev.

The first years of the studying were the most memorable by their large load capacities. Youth think of entering the university as a kind of carousing with school’s finished and parents wouldn’t be called…  He had to study hard at MATI. “For me it was normal to wake up at six o’clock, going to lessons at 8 o’clock, doing sport at 3 o’clock, then at eight o’clock in the evening returning to the dormitories and doing my homework. And finally, I went to sleep at midnight. It was repeated day by day, - tells Andrew Varichev. – Concentration and responsibility which were necessary for this helped me avoid superficial-conniving attitude to study and get perfect engineering skills. I should mention that the education programme was so literate and logical that knowledge gained in the first year were as sound as relevant even after 30 years.” Varichev with much gratitude remembers professor Leonov, dean Hvorostukhin, Vice-dean Milutin, associate professors Gusev and Slastihin, Head of the department Liberzon and other interesting persons. 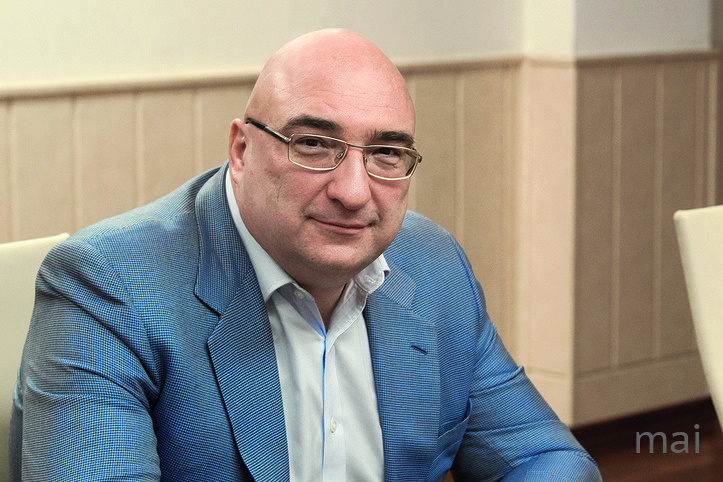 Besides studying and sport the student was also doing some community work in the Komsomol committee at the university. In the Soviet era the Komsomol was a place for people with active engaged people. At the Komsomol Varichev was responsible for student government, hosting socially beneficial activities, cleaning days. Komsomol activists often had a difficult task convincing fellow students of the need to go to the construction squad, dig potatoes in the collective farm, sweep the courts on Strastnoy Boulevard - for free or for little money. “We always knew the right thing to say and had compelling arguments,” – shares he.

After graduating MATI, Andrew Varichev applied for the Energy Company wh ere he took part in one of the challenging aerospace projects. He helped designing a spaceship called Buran. The MATI graduate, worked as a technologist made up instructions for the installation of sensors and equipment in the cabin of the space shuttle for the installation teams. All work had to be carried out in such a way as to minimize contact with pipelines and electrical systems.

The future captain of the metallurgical industry more than once had to put on a white jumpsuit himself, squeeze through the narrow hatch of the shuttle, the diameter of which was slightly larger than the window of a passenger plane, and perform various installation operations. The work, during which it was necessary to do something with and do it yourself was an excellent school for Varichev. There he was taught the logic of building management decisions. One of the principles that he has been guided since then, in solving a local problem, does not create difficulties for others, not disturb the existing “ecosystem”.

“My specialization is very important. You know an engineer minus a mechanic is locksmith,” – ironically says Varichev

By the beginning of 90s, the Buran project and other great space projects, started failing because they lacked the public funding. The space field and Energy Company started shedding workers. Varichev had to seek new directions for his knowledge and skills.

His father's friends advised metallurgy, an industry that would be forever. Excellent technical education and experience in the aerospace industry helped Andrew Varichev to stay in the industry and make an excellent career. He headed several enterprises of the Metalloinvest group. He worked at the Orsk-Khalilovsky Metallurgical Combine (now Ural Steel), headed the Mikhailovsky Mining and Processing Plant.

Last the Metalloinvest group which was headed by Varichev consisted of about 60 thousand employees, its proceeds were over 250 bln rubles. More and more company's projects are connected with the introduction of new technologies in the concept of Industry 4.0 for the development of a profitable and environmentally friendly business.

Andrew Varichev was sure his engineering skills would be profitable in every time and in every field. “I might not be a general, but I’m an engineer and this is brilliant. Industry 4.0 is increased by quickly steps. The challenge for modern engineers is to put the newest technologies at the service of society, the economy, the country, to make them accessible. However they must remember that Technologies should not kill the personality, the intellect and turn us into “slaves of the lamp”.