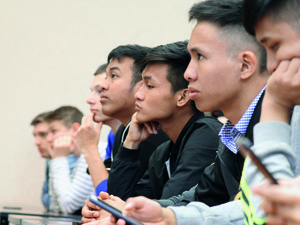 Most applicants dream of an internship overseas during their studying at the university. Actually, dream and real opportunity are almost different things. So, the last one can easily be given by Moscow Aviation Institute. MAI maintains and constantly implement close partnerships with different universities in various parts of the world. Through the cooperation MAI students have a real opportunity to become a Magellan or Columbus in science, they can discover new approaches to exploring their subject area in other countries, as well as supplement their portfolio with additional items.

MAI internships are organized by the International Department. It should be noted that the University contracted with over 20 universities all over the world due to exchange and academic mobility programmes. The list of partnerships includes the Technical University of Munich (TUM), TU Wien (Technische Universität Wien), ISAE-SUPAERO (École nationale supérieure de l'aéronautique et de l'espace), University of Turin, WelTec in India etc.

“Under the agreements with partner universities, we send students to undergraduate and graduate programs for one semester, “- said Irina Lupitsina, a specialist of International Department. – “So, every semester we send 10-15 students abroad. We chose them due to their performance, language skills, programs and recommendation fr om the faculty”. 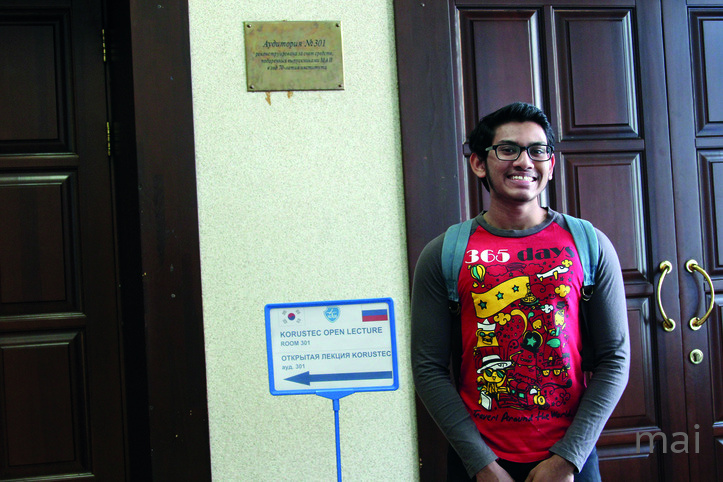 According to Irina MAI students chose the Technical University of Munich, the University of Turin and French ISAE-SUPAERO. “MAI academic mobility program is advised fr om the third year,” - she continued. – “However, younger students who want to get an abroad experience can go to the summer courses of the European and Asian universities. Our university also gets the same suggestions in response every year.”

Egor Ageshin, a student of the institute 2 "Aviation, Rocket Engines and Power Installations" of MAI, took part in the academic mobility program for partner universities in 2017. The young man took the opportunity to study at Technische Hochschule Ingolstadt (THI). Egor said it is one of the thriving region of Bavaria that attracts students all over the world.

“People from the International Department helped me to collect all necessary documents, letters and recommendations,” - Egor remembered. – “They gave me clearly understandable advices and dealt with my Institute as I was going to miss a whole semester.

Egor’s studying in Germany started in March, 2017 which is the middle of the semester in MAI. Fortunately, his teachers were sensitive and even enthusiastically with his internship. In the THI the student took some additional courses like aerodynamics, production systems, modeling in the program Siemens NX and others. Students of the technical school can choose subjects of interest from more than 40 subjects of engineering and economic specialties. 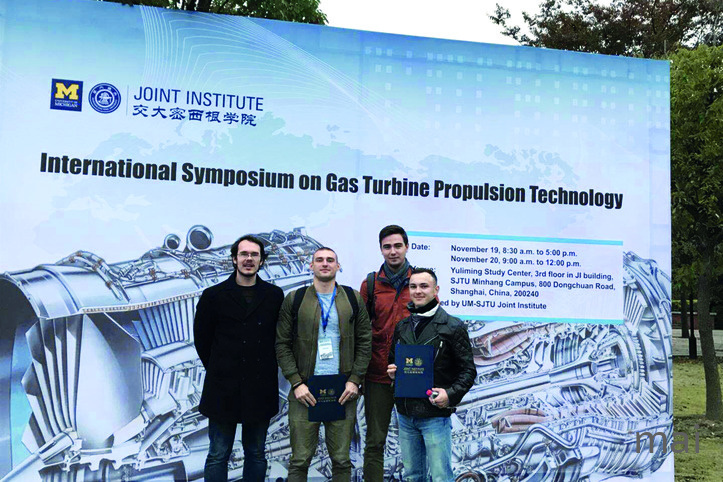 “You have access to any additional subjects that are presented in the training program,” - noted Egor. – “The choice is limited only by the desire of the student and his level of training. It was an invaluable experience as I had to constantly practice speaking skills, take part in group projects and do lab works for MAI in parallel.”

Especially memorable for MAI student was practical work on aerodynamics which required making a master-model and calculating its characteristics in a wind tunnel, as well a tour of the MAN plant in Munich, wh ere Egor saw with his own eyes how trucks were assembled. And he took part in a colorful festival. At the end of the semester (in Germany study finishes at the end of July) the students passed exams which can be counted in the native institute. Egor successfully passed “German” exams and his results were then counted to MAI.

“There is no doubt the internship opened me new opportunities,” - Egor said. –“Studying abroad and learning foreign languages make a student a more attractive candidate for an employer. Furthermore, this gives you an opportunity to join research projects both at our university and in your alma mater and in Russian enterprises.” Nevertheless, Egor decided to stay in his Institute and take part in research. According to the student, he plans to enter the magistracy at MAI after graduation from a bachelor’s degree program, but he will also consider the possibility of internships abroad.

In addition to a large program on academic mobility, MAI is implementing another major educational project. This is a joint aerospace master's degree program with Shanghai Jiao Tong University. MAI launched a promising direction with Chinese colleagues in September 2017. In the fall, MAI students from different faculties went to China, wh ere they were united into one group with Chinese students. Together, students had to not only learn, but also engage in scientific and practical activities. Note that later future engineers will be joined by work on a promising wide-body aircraft. 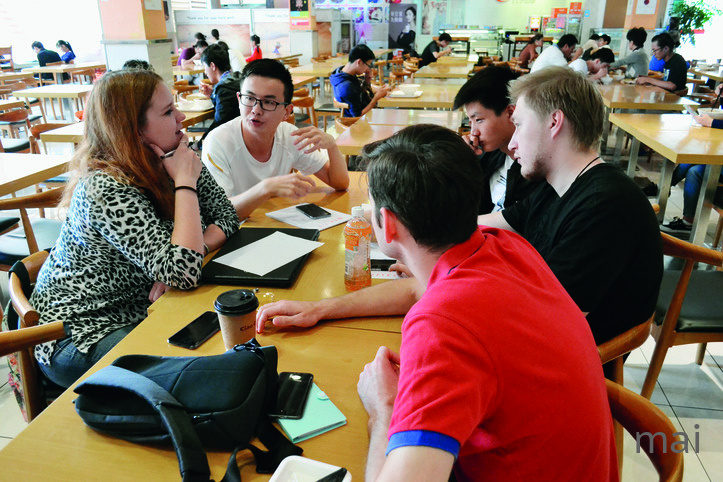 “Chinese and Russian students study according to a single plan in the same group,” – remarked MAI officials. The curriculum of joint magistracy includes disciplines designed for all areas within the Russian-Chinese Master's program ("Product Lifecycle Management", "Polymer Composite Materials", "Aircraft Engines"), and also narrowly targeted, specifically for each. Also provides for general classes with foreign students in various areas of the magistracy.

Half of the joint master’s program curriculum consists of lectures designed for large streams, along with other foreign students. So the matrix theory and numerical analysis are taught. The big bonus for the students is that they have already passed mathematical analysis and linear algebra as part of MAI undergraduate programs. That is, for students of MAI in these disciplines the main task now is to increase the level of previously acquired knowledge.

Separately, it should be noted that classes designed for an intake consisting exclusively of foreign students are an introduction to Chinese culture and Chinese. Chinese students simultaneously study Russian language and Russian culture. For the best efficiency of learning the material, students divided themselves into small groups which makes it possible, additionally, outside the educational process, to meet with Chinese students to learn the language.

By the way, at the end of the course, each student receives two diplomas: a diploma of Shanghai Jiao Tong University and a diploma of Moscow Aviation Institute, since training is conducted in two universities. First, the group goes for studying to China, and then classes continue at MAI. We should mention that the study at the MAI-SJTU magistracy is fully paid by Russian companies.