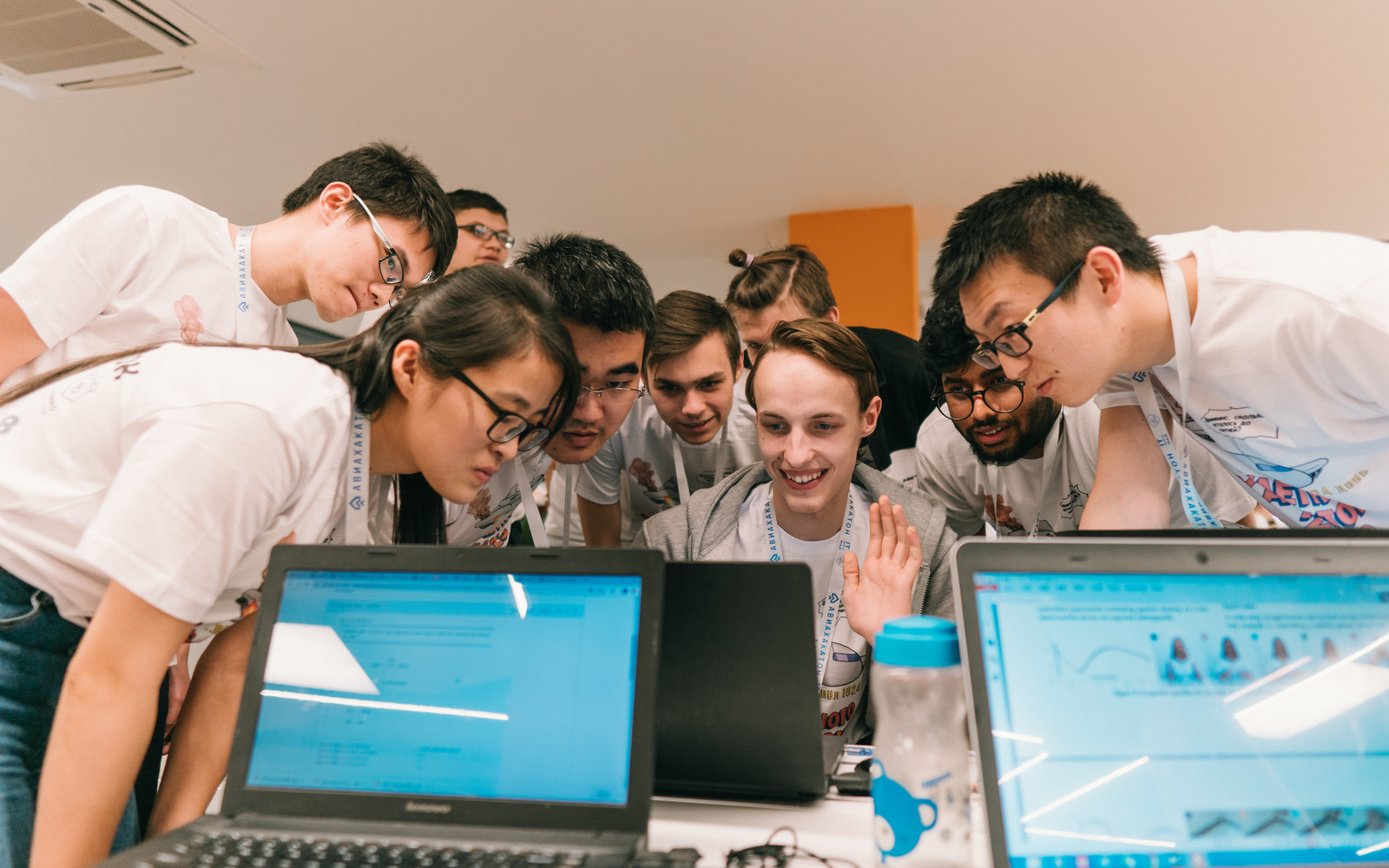 One of the most successful methods of generating non-standard and effective solutions is creating an environment where several people work with limited time and resources. In such conditions, brain mobilizes all its resources, creative ideas and approaches come from the subconscious zone. In recent years, one more method of creative management has been added – a hackathon, which appeared and quickly gained popularity in the IT industry.

On June 4, 2019, the world’s first hackathon marked its 20th anniversary, which was dedicated to the development of a cryptography software that got around the bans and restrictions imposed in various countries. This is exactly why the first part of the word is “hack”. Today, hackathons are usually held to meet creative challenges. The method itself is used in IT companies in order to generate new ideas. More often hackathons are being organized by industrial and service enterprises for solving complex tasks related to the IT sphere. Besides, hackathons have become a platform for intellectual competitions where everybody wins.

Moscow Aviation Institute has always developed partnership with the industry. Right now, there are more and more IT companies among partners of the university. Therefore, it is not surprising that on initiative of the IT Center of MAI the university has become a platform for organizing and holding of aviahackathons. The initiative is supported by many companies from both IT and aviation industry. Student atmosphere, drive, the opportunity to test an application life and implementability of tasks, and get unusual and unexpected technological solution – these are the factors attracting enterprises to the platform of three-day marathon at MAI. Three days of continuous students work take place in the atmosphere of opinion exchange, participants come up with new ideas, give rise to unexpected discoveries, and make new business contacts. There are new directions of business developing behind the atmosphere of competition and creativity. 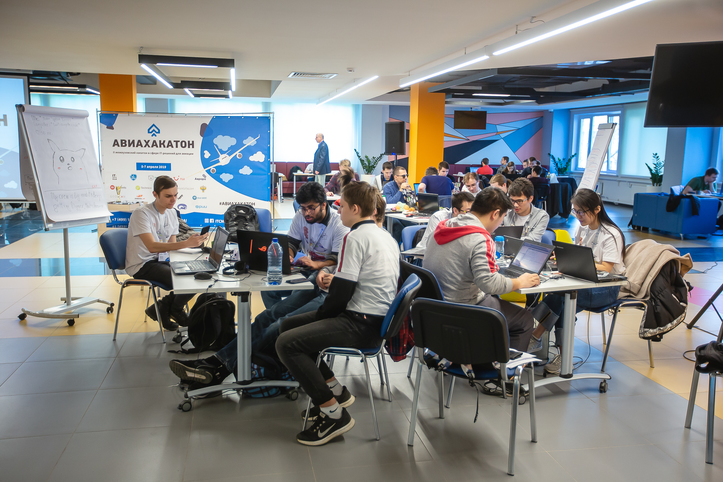 Moscow Aviation Institute held the first interuniversity aviahackathon in April 2018. It was sponsored by the IT Center of MAI and Numa Invest with the support of Rossiya Airlines; more than 35 companies of aviation and IT industries, publishers and mass media were partners of the event. Aviahackathon became a platform of demonstrating creativity and enthusiasm of more than 160 participants from 21 universities. For three days and two nights 10 teams had been trying to meet the challenges set by the enterprises. Part of the solutions was so exciting that teams continued working afterwards: some as a united team of professionals capable of solving tasks using newest technologies in a short time, others as executives of R&D projects for industrial clients. In addition, aviahackathon’s participants from other universities enrolled in MAI master’s degree program.

A real gem of the hackathon was an interuniversity team “Chinese Pilot” with a solution for Sukhoi Civil Aircraft Company. An explosive mix of competences was the key to develop a service for predicting aircraft maintenance based on data on completed flights and maintenance conditions for Sukhoi planes. Chosen industrial working tools allowed the team to create not just a boring calculator but to design a prototype of maintenance service optimizer based on computer-aided learning. Six months passed, and a Competence Center “Aviation Technology Service” appeared at MAI, which continues to develop ideas from the hackathon. 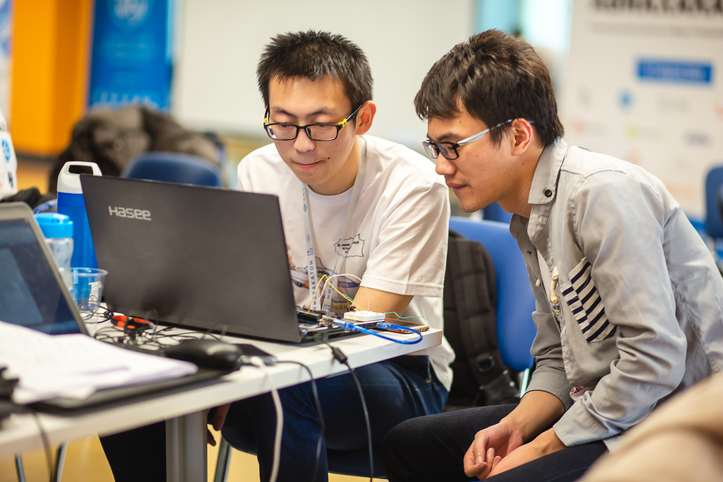 Second is a Tradition

The announcement of the second aviahackathon sparked a wave of interest among partner companies and potential participants. Aviahackathon-2019 united representatives of various universities, aircraft enterprises, airports, system integrators and IT companies.

All challenges were aimed at generating innovative IT solutions on prospect directions of development of Russian and foreign companies in aviation industry. For three days young specialists in IT sphere had been creating unique solutions of business tasks. Nominations were related to the aspects such as development of new or modernisation of existing services for airplane or airport passengers with appliance of IT; to development of technological solutions in aircraft maintenance, detection of new abilities, appliance of AR/VR-services in aviation, new services for tourists. 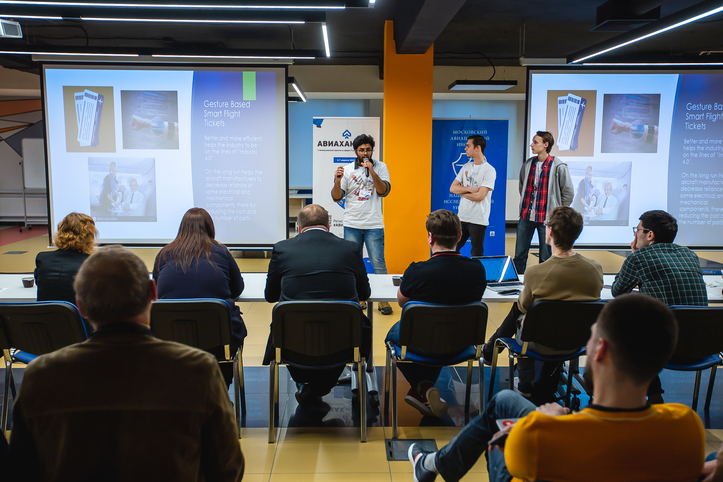 250 students from 16 Russian universities competed in Aviahackathon-2019, in particular: Moscow Aviation Institute, Moscow State University, Bauman Moscow State Technical University, Higher School of Economics and many others. In a very short period of time many interesting solutions were suggested and highly appreciated by the business community. In April 2020, the third Aviahackathon will be held at MAI.

One of the most relevant cases was “searching for the windfall on aerial photograph” from Geoscan company and Liza-Alert search-and-rescue team.

Many people get missed in forests annually. There is something of a time issue in the searching process. We need to clearly understand the search area in order to quickly assist a lost person because impassable debris block the search team’s movement.

Participants’ task was to develop an algorithm of analysing multispectral image, which will allow to identify and mark the borders of all windbreak areas in vector form for further processing. The solution of Yellow Submarine MAI team was the development of an application for visualization of region selection.

Elena Nikitina, Geoscan: This development has a chance of becoming a product that can be actually used in a real company. For me it’s a unique experience as well and I am very glad. 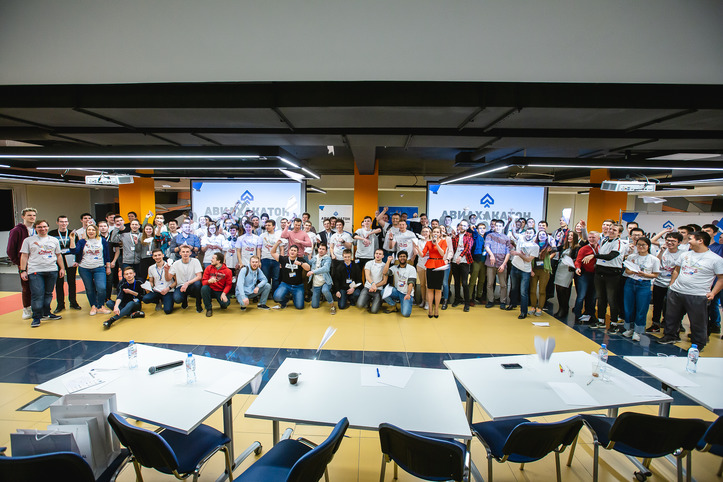 Hackathon of MAI IT Center is a place where technologies make services that shorten the time for routine operations and simplifies the work of employees. One more successful solution created at the platform was a passenger claim service from the Lambda MAI team. People write their complaints and a neural network replies using the analysis of common law from open sources and simultaneously analyses emotional state of the applicant on the basis of the social media. The experiment showed that the response time is reduced by several times and professional complainants will be identified. The developed solution has the ability to integrate into information systems of airlines. Both Rossiya and Utair are already negotiate using the development.

Dmitry Voloshin, co-author of the IT Center concept:

A modern hackathon is in first place a platform for meeting technological challenges provided by industrial customers, partners of the hackathon. The solution idea from the customer’s perspective is simple: it is a fast screening of idea’s vitality as well as a method of identifying students the most suitable for further work at the company. During hackathon students create prototypes of solutions that can quite accurately answer the question “Should an enterprise invest its time and money into solving this task?” A negative answer is often more important because it allows not only to save the resources but also to focus on priority directions. Employment as a result of the hackathon happens almost automatically. After all, the joint work of employer representatives and students allows to understand who is who and quickly decide on further cooperation.