Light Aircraft for the Development of a Big Country 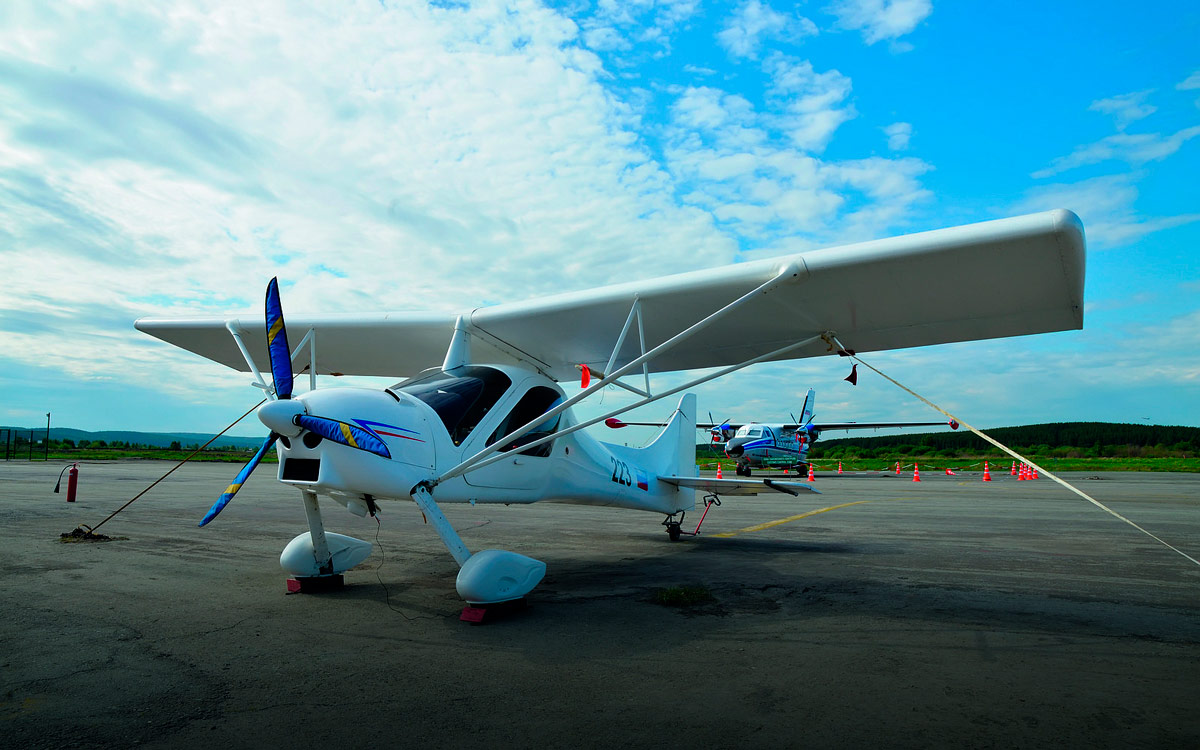 Transport accessibility of Russian regions, restoration of light aircraft capacity, increasing its competitiveness and demand for aviation services should be attributed to tasks of national importance and scale. MAI has been followed this approach for 90 years.

High quality transport systems support to remote regions of the Far North, Siberia and the Far East is of fundamental importance for strategic interests of Russian Federation.The geographic and climatic features of the country present their requirements to airlines and manufacturers of light aircraft. Russia needs new aircraft that can land not only on the aerodrome sites, but also on an unprepared surface, on snow and even water.

An example of such solutions is the joint project of MAI Branch Special Design Bureau of Experimental Aircraft Engineering (OSKBES) and Ural Civil Aviation Plant (UZGA) to create a seaplane L-410 with modernized float landing gears, which is equipped with a radio wave metre and foreign objects. It allows pilots to select safe water areas not only by eye, but also with instrumental control. 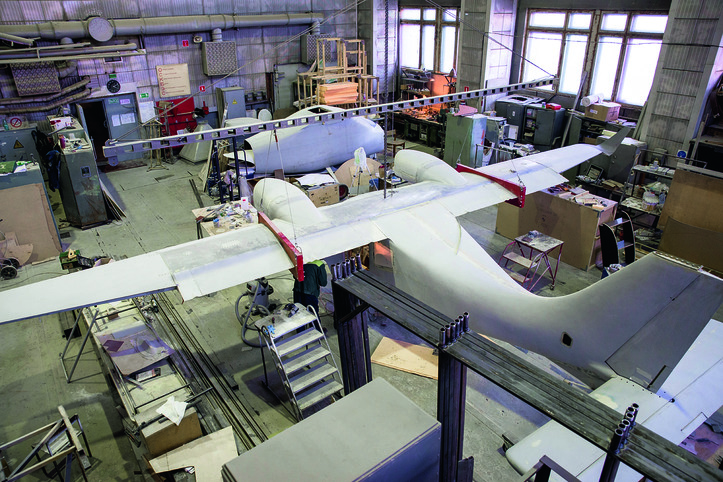 This modification of the L-410 aircraft can carry 14 passengers per 400 km or 10 passengers per 780 km with a cruising speed of 310 km / h, a take-off distance of 600 m and a mileage of 400 m when the waves are up to two points. The combination of maneuverability and landing characteristics makes the L-410 model irreplaceable for solving problems in the absence of high-grade airfields, it is enough to have a water surface in the form of a river, lake or sea.

Another OSKBES project is the creation of a multi-purpose four-seater twin-engine aircraft MAI-411 in cooperation with the Kizlyar Electromechanical Plant (PJSC Concern KEMZ). The flight range of MAI-411 is 1,500 km, and its maximum speed is 270 km / h. For the first time the aircraft was presented at International Aviation and Space Salon MAKS-2017 and received high marks from experts, specialists and spectators. The aircraft is designed to fulfill a wide range of tasks: from transporting passengers and aircargo to tourism and patrolling the territory.

New technological developments have led everyone to creation of unmanned aerial vehicles (UAVs), which can be controlled by a trained pilot remotely. They are also widespread in light aircraft. In recent years, a large number of drones have been created with different sizes, weights, the ability to hold various payloads and sensors, which makes them useful for various fields: from entertainment and cinema to monitoring forest fires and participation in fighting.

The first UAVs were developed and created at OSKBES of MAI in the early 1980s. Based on the Komar aircraft, the Bee UAV was developed. In the same years, the Elf UAV was created. At the MAI design bureau, developments are in progress in 13 directions, including light and ultralight aircraft, unmanned aerial vehicles, the manufacture of models, parts and components, as well as the construction of aircraft hangars. OSKBES made a significant contribution to the work of the Ural Civil Aviation Plant (UZGA) on the import substitution of the Forpost UAV. In total, over 25 projects have been implemented at the OSKBES. 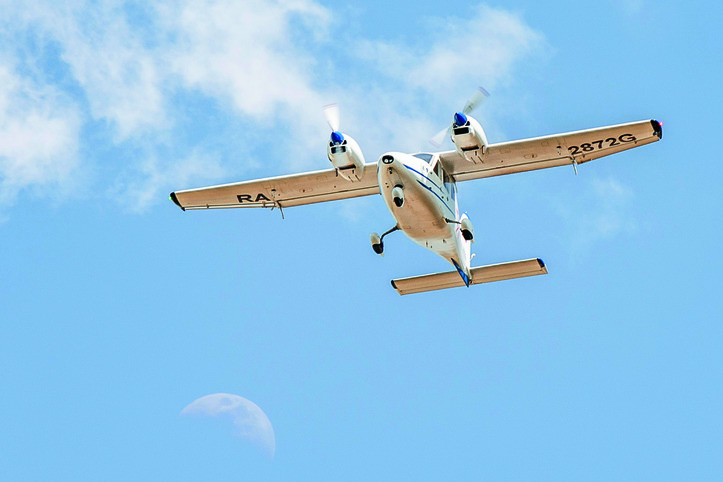 “MAI students are involved in the projects of our design bureau. They write term papers, graduate thesis with us, work on relevant projects and acquire design thinking. Upon completion of training, we have highly motivated specialists who passed the school of our design bureau and the chief designer mentality, the ability to see the whole chain of the aircraft development as a whole. However, the problem of staff shortages is still very acute for light aircraft,” said Vadim Yurievich Demin, Chief Designer of MAI OSKBES.

In the current problem of a staff shortage in the aviation industry, work in student design bureaus can improve the training of specialists. However, light aircraft is not only a personnel reserve for the country's civil and military aviation, but also a platform for introducing innovative solutions and creating high-tech jobs in production and services. Worldwide design and the production of small aircraft is engaged in both large and small companies.

They all play an important role in creating innovation, determine the development of the industry. This sector provides the creation of a large number of high-tech jobs and makes a significant contribution to the development of the economy of their countries. It is expected that the number of employees in light aircraft sector, according to the forecast of AOPA-Russia, will increase from 13 thousand to 21 thousand people. This will satisfy the needs of the population and organizations for irregular air travel.

The great importance for the development of light aircraft is the modernization of airport infrastructure. So, in his message to the Federal Assembly of the Russian Federation on March 1, 2018, Russian President Vladimir Putin noted that “for the development of cities and towns, the growth of business activity, and ensuring the“ connectedness ”of the country, we need to literally “braided” the entire territory of Russia with modern communications.” And in the May decree of the President “On National Goals and Strategic Objectives of the Development of the Russian Federation through to 2024”, the task is set to reconstruct the infrastructure of regional airports. 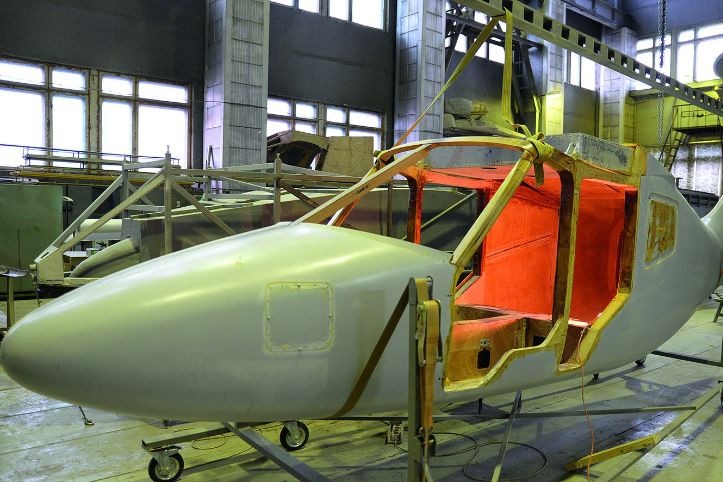 Modern challenges facing light aircraft, require a more intensive development of airport infrastructure and the introduction of modern technologies in the operation of aerodromes and airports of local lines. The experience of MAI Training Base in Alferevo, which became the first site in Russia where the airdrome is equipped with a modern command and control center and provides continuous monitoring and control of the aircraft, helicopters and UAVs flights, is indicative. The creation of a command and control tower was carried out by the Resource Center for Research and Innovative Technologies of Moscow Aviation Institute.

Since 1972, flight practice has been held in Alferevo for students of Moscow Aviation Institute. Six pilot areas for training flights allow to organize flight-operational practice and parachute training programs. In the process of training, students fly to the sky on aircraft.

The MAI training base fleet consists of three airplanes: An-2, Yak-18 and Yak-52. The history of all training flights is recorded in 3D format.

The ambitious state tasks for the development of airports were embodied in the federal project “Development of Regional Airports and Routes”, according to which in 2024 an increase in the annual volume of interregional transportation without change at capital airports, is expected to reach 25.2 million passengers. Also, the modernization of the airfield complex for 48 facilities and auxiliary airport infrastructure, reconstruction of runways are planned. It should be noted that 38 objects are located in the Far Eastern Federal District, which is indicative for territorial development.

The development of light aircraft is important not only because of the social significance of airports in areas where there are no alternative modes of transport, but also for the entire transport system of Russia. Solving the problems of developing regional air traffic requires new approaches to the design and implementation of optimal technological solutions for aircraft, as well as effective solutions for infrastructure management and tracking of aircraft, including unmanned aerial vehicles.