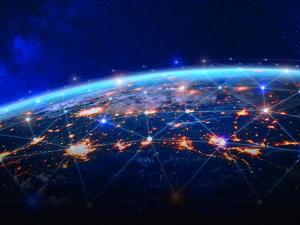 The history of mankind in its essence is the history of the exploration of new spaces, the discovery of new ways of moving around the earth and under the ground, on water and air, and from the XX century on cosmic orbits. The XXI century poses new challenges for the movement, and for many of them no solutions have been found yet.

From a Wheel to America

The desire to change places appeared in humanity at the dawn of its existence. In search of new hunting grounds and better places to live, ancient people moved first on their own two feet, and with the domestication of animals - on four legs. And then someone ingenious, and still unknown, came up with a wheel. And so it began.

Of course, when exploring new territories, not only land was used, but water as well. The period from the XV to the XVII century is called the era of the Great Geographical Discoveries, when the Europeans in search of new trade routes began to actively explore unknown lands: America, Asia, Africa, Oceania. At that time the development of Siberia and the Far East began in the Russian state. The story is very interesting and, sadly, less known in non-academic circles than the discovery of America.

The Era of First Settlers

The gradual settlement of open lands began in the XVII-XVIII centuries. The British and the French fought for the New World. In 1778, the first English settlement in Australia was formed. There was the English colonization of India, which the Portuguese had penetrated through Goa in 1510. Colonies appeared in Africa and its island territories. The larger the scale, the more acute was the question of connectedness of the territories, therefore, the development of communication lines. It’s one thing to get into the distance, and another to have a constant connection with that distance. A more reliable and fast transport was needed more than carts. Thus began a new epoch – the railway era. It is believed that the most famous prototype of railways appeared in 1767 in England, when Richard Reynolds continued his way to the mines with the help of steel rails. They were very different from those of today, had the shape of the letter U and were not very durable. And in 1788, Petrozavodsk engineer A.S. Yartsev optimized the process of moving weights from the workshop to the workshop along the first gauge cast-iron road. For the most part, horses were still pulling loads. 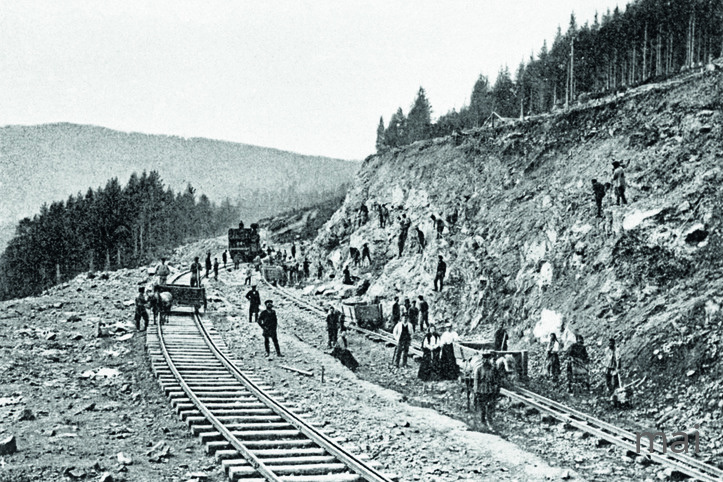 The history of the creation of locomotives is complex. In some places, steam carts were used at the end of the XVIII century in factories and mines. The first “official” locomotive, Puffing Devil, was patented by the Englishman Richard Trevithick in 1801. Seven years later, he perfected his model, which easily outran horses in competitions to the surprise of skeptics. In continuation of the story in 1813, George Stephenson invented the “Blücher” steam locomotive.  After the modifications, it could pull trains weighing up to 50 tons, achieving velocity of 10 km / h.

And so it went on: from a new model to an even newer one.

Meanwhile in Russia, people still rode horses. The breakthrough was made by the Cherepanov brothers - Efim and Miron - the creators of the first Russian steam locomotive. “Steamboat diligence,” as the brothers named it, went on rails in 1834. The model was not widespread, in the future, locomotives are mainly purchased abroad. Nevertheless, it is believed that it was the Cherepanovs who broke England’s monopoly on the production of locomotives.

On a wave of rolling stock improvements in the XIX century, nearly all over the world the rapid construction of railways, including truly grandiose even by today's standards, was going on. Russia, Canada and the United States were particularly pertinent in that regard, both because of the scale of the territories covered by the laying of steel roads, and because of the enormous costs.

The building of the century for Russia was the Great Siberian Way - the Trans-Siberian Railway.

The Moscow-Vladivostok transport link began in 1916 and became fully operational in 1925, when the country recovered a little after all the events and upheavals of revolutions and wars. In 2002, the Trans-Siberian Railway was completely electrified. Today it is the longest railway in the world within the same country, which is widely used for passenger and freight traffic. In the USA in the XIX century, a similar task was solved: how to connect the East and West coasts. The launch of the transcontinental road on November 6, 1869, became the impetus for unprecedented economic growth and the development of the US industry. 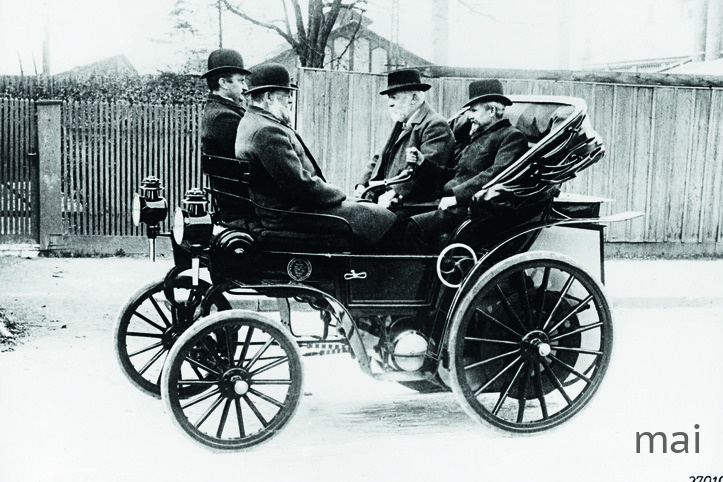 In the late 80s of the XIX century, its own transcontinental railroad appeared in Canada. At that time it was a young, sparsely populated country. The need for construction was not due to the economy, but to the need to unite the territories, especially after joining British Columbia in the state located in the west. Now the Canadian Pacific Railway is the country's main rail freight traffic, but back then it was just one way to get to the other coast in a fairly short time. However, due to the rapid settlement and urbanization of the western provinces of Canada, the situation from an economic point of view began to change by the XX century.

A Car Is Not a Luxury

The development of vehicles in the XX century in scale exceeds everything that happened to them in the entire previous history: transport has become a powerful sector of the economy. The invention of the internal combustion engine has opened the era of cars.

The first mention of it dates back to the year 1807, when Francois Isaac de Rivaz built the world's first piston engine. In the 1880s, Ogneslav Kostovich in Russia built the first gasoline carburetor engine. And in 1885, the Germans Gottlieb Daimler and Wilhelm Maybach developed its light model, which was used on the first car in 1886. The rapid development of road transport began in the XX century and forever changed the situation with the transport of people and goods by land, displacing horse-drawn transport and significantly pushing the railway. By the beginning of the century, the railways literally encircled the world. They continued to be built further, especially in Russia, where they were long given priority over other types of transport, and large railway lines were laid in the second half of the century (the Baikal–Amur Mainline, for example). Nevertheless, today the situation is such that for railways there remained mostly long-distance cargo transportation. They are irreplaceable in the field of container traffic, but it is more profitable to carry out land transportation of medium and short distances by road. 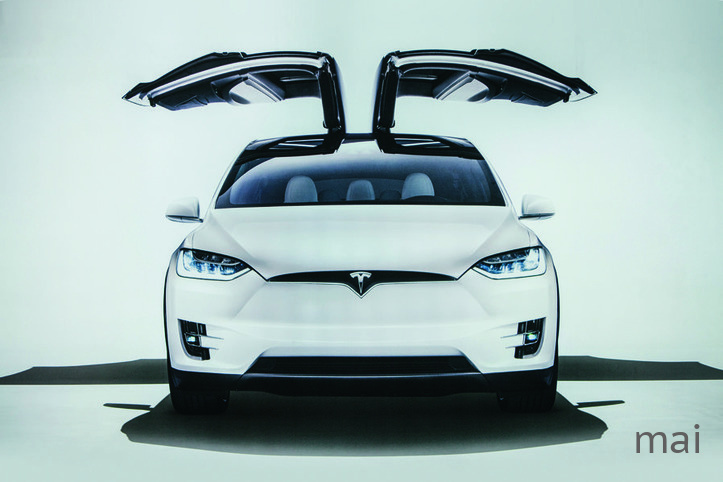 One of the most important accomplishments of the XX century is the reclaiming of airspace. Homeland of the world's first aircraft, in many ways similar to the modern, has become Russia.  In 1882, the first ever controlled take-off took place: the plane of Alexander Mozhaiskiy took off. Its construction included the wing, fuselage, landing gear, tail, control system. But because of the cumbersome power plant during the test, the plane took off from the ground, but could not fly, fell on the wing. Mozhaiskiy did not manage to complete work on the improvement of the aircraft.

Many took up challenge, including the bicycle mechanics Wright brothers who created the airplane that had left the ground. In 1906, Alberto Santos-Dumont flew 200 m on his airplane. Then it went on increasing: from airplanes to turboprop, jet, supersonic aircraft. Perhaps no other type of transport in the history of mankind has developed as quickly and swiftly as aviation. And no one turned the distances separating people into a relatively conventional concept. After all, what is the flight hours from Europe to the USA compared to weeks and even months in the past? 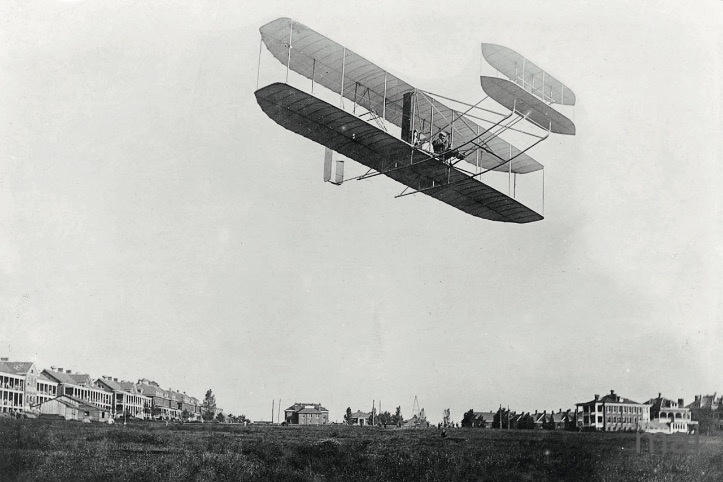 After a man went into space, many futuristic ideas emerged about the exploration of other planets, the creation of giant space stations and the solution of many problems in this way, from overpopulation to poor ecology. Space vehicles have not yet become a full-fledged type of transport, whether they will become is a question that remains unanswered. Moreover, within the Earth there is a lot of space for projects that can no longer be called fantastic. Not so long ago electric vehicles seemed like fantasy, but now there are Tesla stores in every major city. The ideas of Elon Musk about superhigh-speed trains, in general, are also not so far from being implemented. The XXI century began not so long ago. Let's see what will happen. In the meantime, we are more concerned about what we have now.

Today, the state of the Russian territory, its regional development poses problems that were almost completely solved in Europe and the American Continent in the XIX-XX centuries. The density of all types of communications in the Russian territory is multiple lower than in the “five largest economies of the world”.

And in such geostrategic territories as the Arctic zone and the Far East, significant spaces remain completely uninhabited and undeveloped.

Addressing the Eastern Economic Forum in September 2018, Vladimir Putin set the task of a qualitative change in the situation in the Far Eastern region.

In the five-year term, it is impossible to ensure the necessary coherence for the development of the Russian territory and overcoming regional inequality by building a sufficient number of “traditional means of communication” - railways and roads - because of insuperable resource constraints. 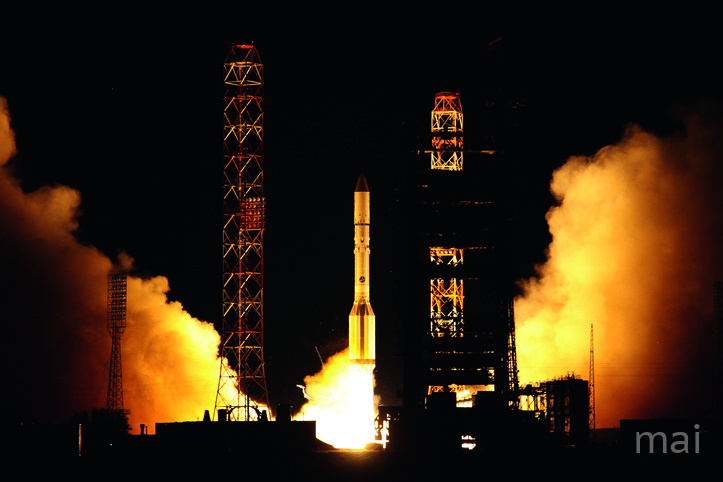 In 2016, the topic of connectedness of the territory appeared in the “Scientific and Technological Development Strategy of the Russian Federation” as a response to one of the global challenges.

This is a really big challenge - to find ways, methods, tools to ensure the cohesiveness of the territory of Russia, the competitiveness of its economy with a severe shortage of traditional means of communication, infrastructure and communication facilities. If the answer to such a challenge will be found, then its authors can be safely nominated for the Nobel Prize in Economics.

From the speech of Russian President Vladimir Putin at the Eastern Economic Forum on September 12, 2018.

“We must ensure high forward dynamics in such sensitive areas as quality housing and utilities, transport accessibility, the connectivity of the Far East with all of Russia, health care, culture and opportunities for sports. The entire Far East should become a platform for introducing advanced digital solutions in transport and utilities, in education and healthcare, in the provision of public services. This is necessary first of all in order to drastically improve the quality of life of our citizens, so that in the coming years more people come to the Far East from other regions of the country than they leave. It is necessary to create for the Far East a kind of future space, a space of dreams and creativity”.