How to Create a Technique of the Future 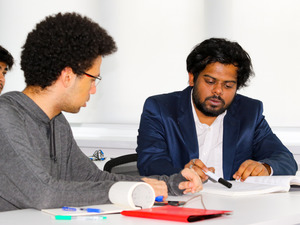 “At MAI, students open up like flowers carrying their dreams”, - Neeraj Pradhan told how important it is to inspire future engineers to create breakthrough technologies and about the prospects of artificial intelligence technology in the development of unmanned aerial vehicles.

Artificial intelligence is the future of mankind, which was storied in many works of cinema and literature. It helps to automate processes that previously required direct human participation in areas such as medicine, industry, agriculture, transport and even in everyday life. We all face artificial intelligence technologies every day when using smartphones and gadgets. The scope of intelligent systems is limitless and especially promising in the field of unmanned aerial vehicles (UAV).

At MAI there are a lot of research are being conducted on the development and application of the UAV, the Drone School is actively working, and MAI International Aeromodelling Club (MIAC) was founded in March, 2019. The founder of the MIAC is Neeraj Pradhan, a graduate of Master’s degree program in Aerospace Engineering. 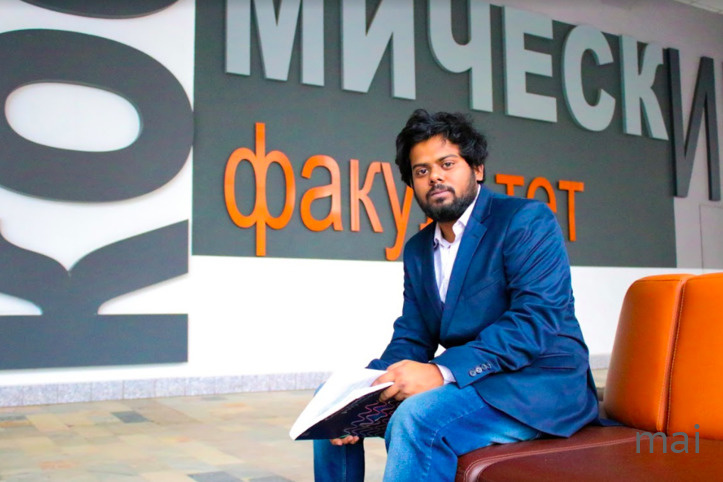 Since childhood, he has been keen on space and aircraft industry. He has behind his bach a bachelor’s and two master’s degrees in aerospace studies, a creation of the first agricultural sprayer drone and a launching of his own startup for flying technics of the new generation “Aeromorphic Pvt.Ltd”.

Neeraj told the “Oblako” correspondent about the prospects for the development of unmanned aerial vehicles, the activities of the MIAC and the importance of inspiring a new generation of students to make breakthrough scientific discoveries.

Artificial Brain for the UAV

I have always been fond of unmanned aerial vehicles and robotics, which have

enormous potential for the development of our future. The scope of such devices is unlimited: from agriculture to space exploration. The last 6 years I have devoted most of my time to designing, manufacturing and testing various UAV. The area of my research work concerned vertical take-off and landing drones. From my point of view, these flying robotic machines can be used in the field of geomonitoring, emergency rescue, fire fighting, agronomy, mapping, and even interplanetary research. The most exciting invention is an unmanned aerial vehicle for the Mars exploration. 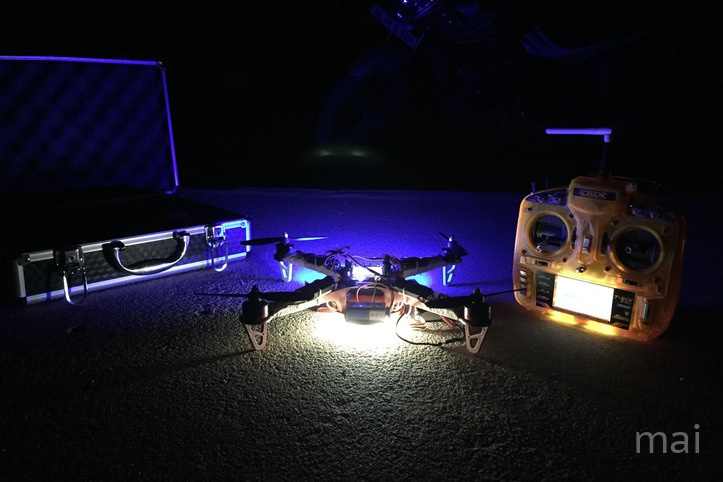 Neural network technologies today are increasingly used in the development of various unmanned vehicles. Under the control of artificial intelligence, unmanned vehicles will be able to move along different routes without any accident and replace a person in a number of works related to space exploration. The possibilities of these devices are endless, and this understanding inspired me to new discoveries and the creation of the International Aeromodelling Club for MAI students.

The main objective of the MIAC is to encourage the interest of international students in the field of aircraft building, unmanned aerial vehicles and robotics. My vision is to inspire students to learn aircraft design process. This knowledge is very important for engineers of the future generation. They should be able to combine the design of modern aircraft with robotics. The practice enhances the student’s ability to solve technical problems and create something new and wonderful.

The International Aeromodelling Club is just such a platform where students can create drones and aircraft. The MIAC prepares student teams to participate in national and international competitions on aircraft modeling, which gives them the opportunity to meet with major professionals in the field of aviation and aerospace industry. The teams start performing at various prestigious competitions sponsored by aerospace companies. 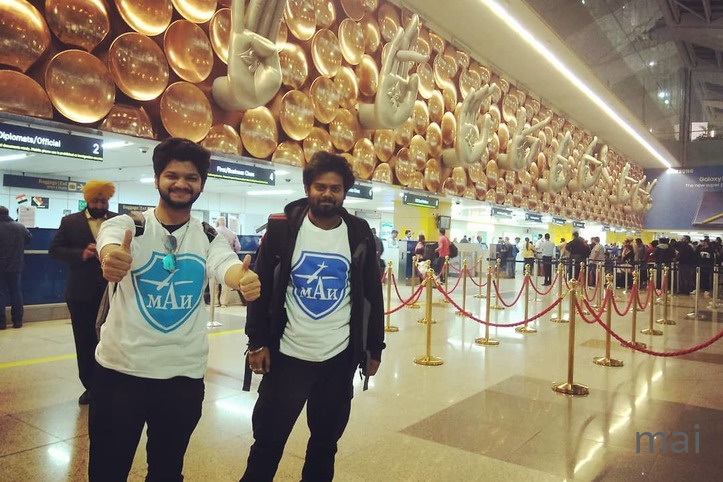 During the competition, students use applied aeronautics and engineering skills, looking for an innovative way to solve practical problems. These skills are fundamentally necessary for engineers to work in any aviation design bureau. I believe that the development of an aircraft requires a certain amount of passion, dedication and motivation from the designer. We inspire students in our club to develop these qualities. At MAI, you can fulfill your ideas, students are revealed like flowers carrying their dreams.

In addition to theoretical lessons and practical exercises, I motivate my students to solve real problems with the use of technology. Like in a physics lecture, I tell them how to apply their knowledge in life, to create existing technical solutions. I try to be for my students not only a teacher, but also a good friend. They are never shy about asking questions if they don’t understand something. The main thing that I advise them is to study, study and study again. It is better to read a textbook one hour each day than to spend seven hours reading in one day. 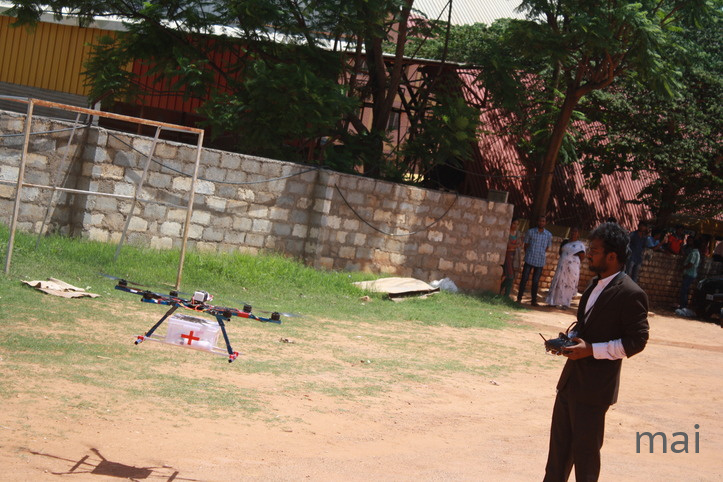 I motivate students to find their place in the world of science and move towards lofty goals. I would like for all of them to find their dream job and their place in the world. Some students help me with club organization. For example, my student Sheran is the administrator of web promotion, and also heads the sports team of our club “MAI FALCON”.

Moreover, I connect the MIAC with some drones companies. And the good news is that this kind of activity works: one of the companies is ready to offer paid internships to Sheran.

Among the current projects of the MIAC are the following: the development of a Moon Surface mobility rover system and an X-8 contra micro air vehicle (compact flying vehicle, high T/W, flying indoor, highly maneuverable machine ). Despite the fact that our club is only a year old, its members took part in the regional Boeing Aircraft Designing & Flying competition, which was held at the Indian Institute of Technology in Madras (Chennai, India), and at the annual technical event SHAASTRA2019. In the latter, 150 teams participate, of which 35 have reached the final. MAI FALCON from MIAC took the 8th place out of 35. 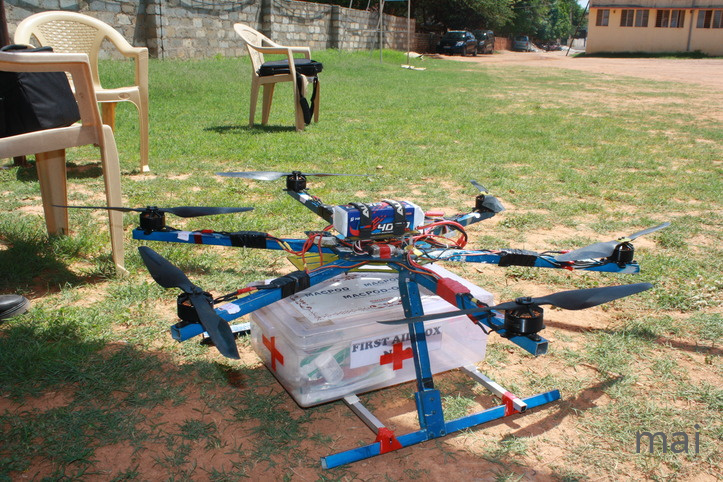 In the near future we will participate in the prestigious scientific and technical event TECHKRITI 2019. Teams are preparing for testing in competitive aeromodelling programs Multirotor and Boeing.

I hope that many students will join our club, because here they can do what they are so passionate about: to create airplanes, robots, drones and all that connected with aircraft. The purpose of the MIAC is to inspire students to create projects in the field of robotics and aeronautics and help them to adapt to the Russian scientific community.