App to Repair Aircraft Parts: MAI Student about his Case at the Hackathon 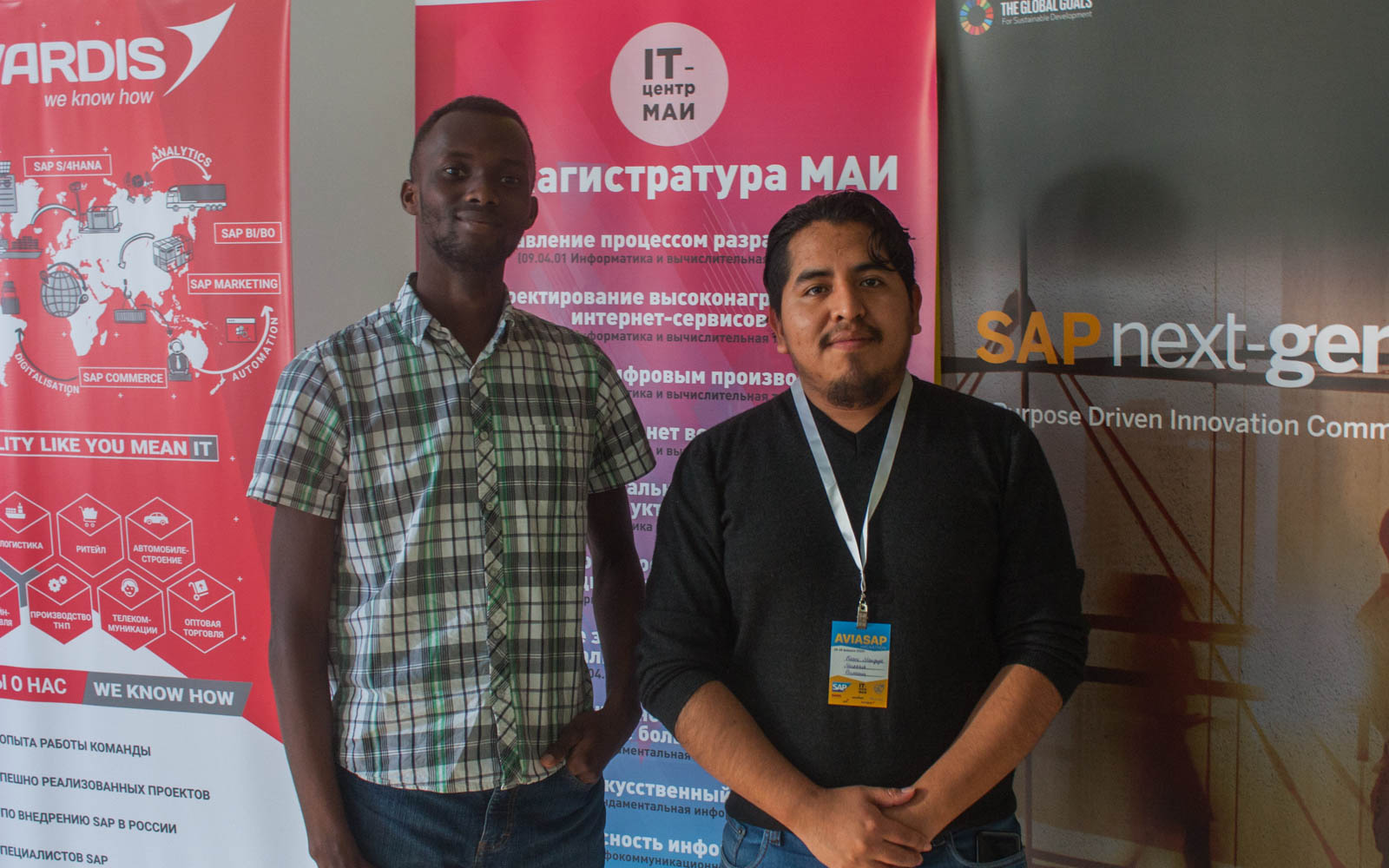 “The hackathon was AWESOME”, said Isaac Wanderemah, MAI student of Aircraft Engineering School from Uganda. His team called Avialovers took third place at the AVIASAP hackathon, which was held by Moscow Aviation Institute and SAP company. Isaac told us about their invention.

"For me, our team was unique. A team of 5 (4 international students and a Russian student). We were solving the cases based on the working relationship between airlines, and the companies that manufacture aircraft. Before a plane takes off, it is checked by specialists to ensure everything is fine with all its systems. However, during the flight many changes occur and different technical repairs become a necessity on landing. Sometimes even repairs that were ignored before the flight.

The goal of any airline is to ensure that their aircraft spend as much time in the air as possible, hence more money. However repairs after landing of an aircraft hamper this goal, but these repairs are not avoidable. However, any delays in provision of the required service can further reduce the target flight time. These delays may be due to many aspects. The aspect we focused on was the delay in delivery of required parts from the aircraft manufacturers. We also focused on the lack of access to the more knowledgeable specialists from the manufacturers at the airports or repair centers, or meagre knowledge of various aircraft parts.

Our solution was an application called “helloЗавод” (“helloPlant” in English), that would help airlines order the necessary parts for repair in time before the plane lands. The app also allows specialists of the airline to communicate with manufacturers. It allows access to extra information about the flight by enabling access to the manufacturer's plane database with all the information on various parts of the plane. It helps the specialists of the airline prepare in time for repairs even before the plane lands, based on an analysis from the pilot during the flight, or information about the previous repairs from the origin airports. The app can come in handy in case of emergency landings, since it would be accessible to all allowed airports by which the plane passed on its journey. Information about emergency problems will be reported by the pilot using the app that would be also onboard the plane.

To build the app, we used build.me platform developed by SAP, that is used for creation of applications. The potential customer of the application would be airlines, because it would help them increase the efficiency of their work, increase the time their aircraft spend in the air, decrease repair time, and increase the accuracy of these repairs due to easy consultation. Our future prospects are to bypass the need for specialists of the airline to make the analysis of the plane on the ground. Instead of using sensors to diagnose various systems, they will collect all this information using Internet of Things, and then use this analysis to make the require orders for parts from the manufacturers, hence even faster serving the aircraft. We also hope to install the program onboard the planes, to enable pilots also make orders for repairs based on their own analysis of the plane."

It was the second Hackathon for Isaac, and he will definitely take part in the following ones. After all, here you get not only experience, but also the opportunity to collaborate with leading representatives of the aviation and IT industries.