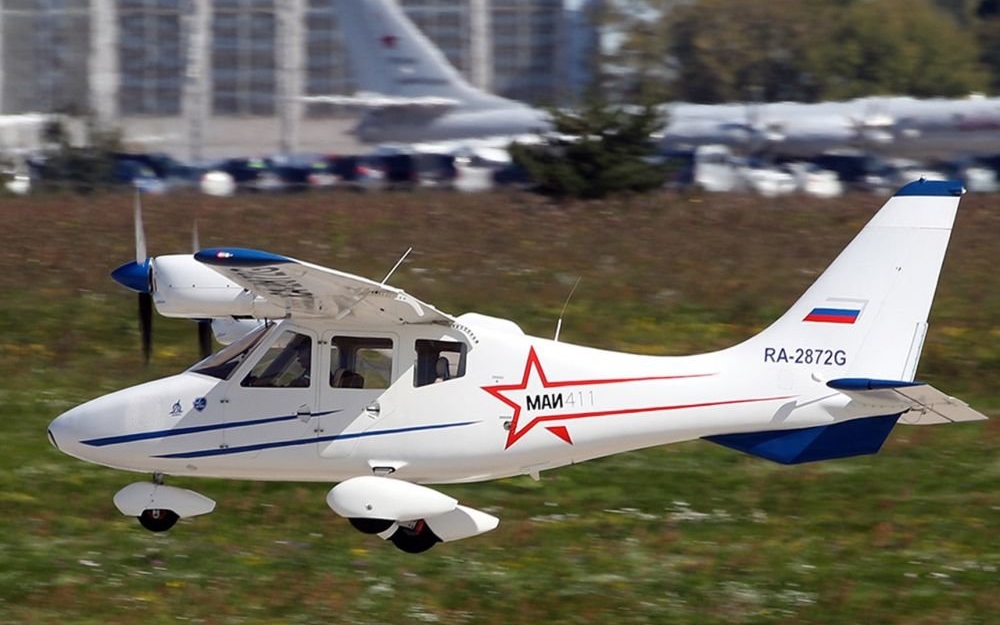 The construction of the workshop for production of MAI-411 light aircraft at the KEMZ Concern enterprise in Kizlyar was completed. The aircraft model was developed at the Special Design Bureau of Experimental Aircraft Engineering of Moscow Aviation Institute (OSKBES MAI). By the end of the year, it is planned to release three aircraft.

According to the press office of the city administration, the total area of the production building is more than five thousand square meters.

The prototype of the MAI-411 light multi-purpose four-seater aircraft was manufactured at two sites: at the production center OSKBES MAI and KEMZ Concern. Last June, the MAI-411 aircraft received a certificate of airworthiness and was presented at the International Aviation and Space Salon MAKS-2019.

MAI-411 has two engines. With a take-off mass of 1,250 kilograms, it can fly at an altitude of up to three thousand meters at a distance of up to 1,500 kilometers. The use of domestic technologies has allowed to create a twin-engine aircraft of lower cost than single-engine western counterparts.

The aircraft can be used as an air taxi, as well as it can patrol areas and monitor the situation.