Electrical machine of a new generation 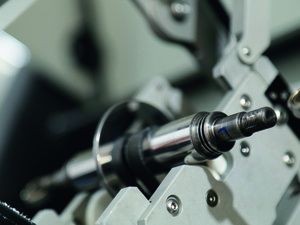 A powerful and light engine that would fulfill functions of some more instruments like a generator or a starter has long remained a dream for aircraft builders. And now at the Institute №2 “Aviation, Rocket Engines and Power Installations”, the development of a prototype of a new generation motor is being completed, which will be able to combine the functions of several devices at once.

Now most modern electrical machines in aviation are working on rolling bearings, and magnetic field is created by a collector-and-brush assembly unit in a synchronous electric machine or a “squirrel wheel” in an asynchronous motor. The current traditional scheme has several drawbacks; its big weight is one of them. Bearings require an oil system. The advantages are relatively low speeds and a small resource.

Just over a year ago, specialists of the Faculty №1 "Aircraft Engineering" and Institute №2 “Aviation, Rocket Engines and Power Installations” of MAI united in a group to develop a new technology. Modern advances in electrical engineering and power electronics make it possible to create reliable electrical machines with high rotational speeds. Today, the optimal design is a synchronous high-frequency electric AC machine with highly coercive magnets on the rotor. This type of machine has a simple design, high rotational speed (up to 50–70 thousand rpm with a shaft power of 10–50 kW). It also has high specific power rates, high overload capacity (4–5 times the torque), high permissible rotor temperature (up to 350°C using SmCo system magnets, i.e. based on samarium-cobalt alloy), and high efficiency (up to 95% in nominal mode of operation). MAI scientists’ first results: they created the current prototype of the new electrical machine. Now it is finished in the laboratory of the Institute №2. 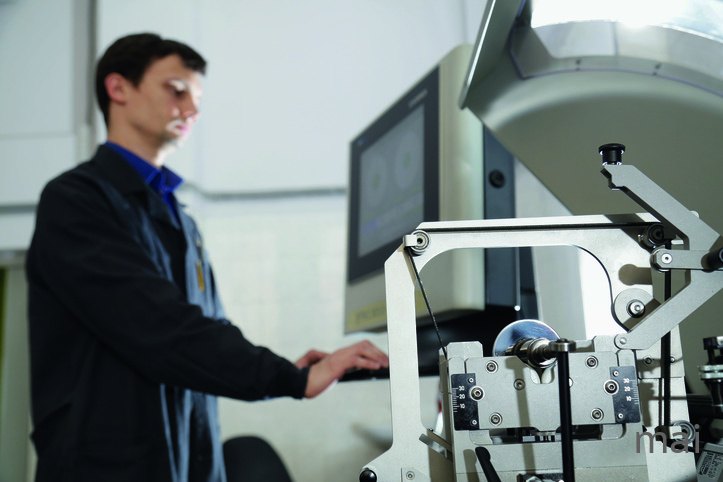 We went down to a new laboratory of the second faculty in order to understand the subtleties among the process of creating a new engine. “Be careful with your gadgets, keep them away from our equipment,” – Dmitry Holobtsev, the director of  the Research Department - 203, warns us at the entrance.

Rare earth metal magnets, which create powerful fields, are more and more frequently used to create modern electrical machines. Some of the new materials for electrical machines are neodymium-iron-boron and samarium-cobalt alloys. “If you hang such a magnet on the fridge then you’ll take it off only with the door,” – Holobtsev laughs. And in the case of a careless approach, they can even knock out a smartphone or an expensive photo and video equipment stuffed with electronics.

So, if a magnetic field was created by a collector-and-brush assembly unit in a synchronous electric machine or a “squirrel wheel” in an asynchronous motor in old electric machines, then an active magnet is installed in the central part of the new rotor. For many months, scientists have been engaged in the selection of magnets of the correct sample (including the temperature at which then it has to work - up to 400°C) and created for them a special attachment. 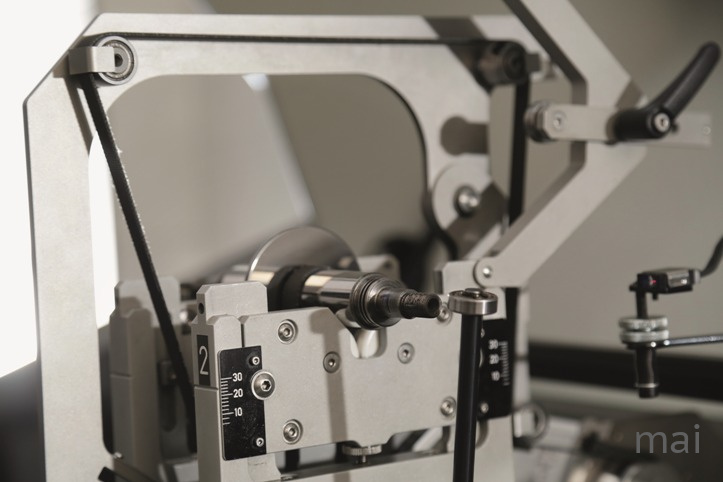 While creating a new engine, another MAI development in the field of bearings, or so-called gas bearings, was very useful. Earlier, the university laboratory created a whole series of gas-dynamic bearings, for which they do not need an oil system. The working fluid inside the bearing is not a ball or roller, but air! The rotor of the new engine was first put on gas supports, and only then the starter-generator was attached to one shaft.

It is a starter, as well as a generator

The result of the joint work of the scientists from several faculties is a new engine prototype BK-800 for the helicopter Ansat. A new rotor weighs 15-20 kg, its power in the generator mode is 9 kW, and force moment – 15 N·m. The machine is much lighter than the others with magnetic winding made under traditional technologies.

However the main thing is this machine can work in two modes – as a starter and a generator. First, the converter, which is a semiconductor electrical device, converts the battery voltage into alternating current voltage required to power a high-speed electric machine when operating in starter mode during the engine start phase. Then, in the generator mode of operation, it performs the inverse transformation of the energy of rotation of the rotor into a voltage of 27 V. The rotation velocity is 44 thousand rounds per minute.

Various equipments have been installed in several newly renovated rooms. Here they carry out balancing, assembly and testing of both the electric machine itself and its individual components. Assembling and testing is done by Dmitry's colleagues — engineers Vladimir Voronin, Konstantin Ardatov and fifth-year student Alexander Shevtsov. They have yet to conduct a series of studies. For example, see how the unit behaves under operating conditions. Soon, prototypes will be handed over for testing to the design offices of the United Engine Corporation. New life of the engine at MAI is just beginning. 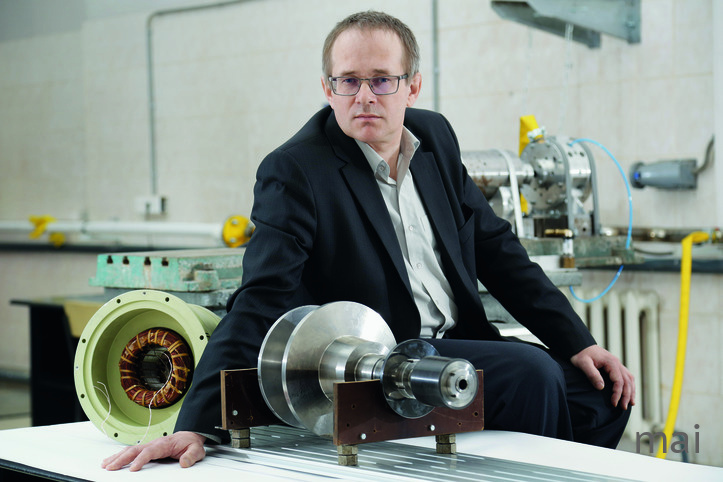 The rotor and the new electric motor for the helicopter constitute only a part of MAI scientists’ work under a great-scaled program on creating “more electric aircraft”.

They simultaneously develop other devices that will be work on aircrafts in future. Work is also under way to create an auxiliary power unit and an air-conditioning system without bleeding air from the electric motor.

New generators, storage and distribution of electricity will help more effectively use the capabilities of the aircraft engine. Today, a significant part of the power is used for the operation of pneumatic and hydraulic systems, air conditioning systems and power supply. As a result, a significant part of the energy is not used for its intended purpose, for the movement of the aircraft.

Air conditioning is one of the most power-hungry areas of aircraft operation. Before getting into the passenger compartment from the neck of the fan, the air makes a rather difficult path. The engine takes it from the atmosphere. Part of the oxygen does not burn with the fuel, but is transferred to the air conditioning system and for the operation of pneumatic actuators.

Hot air is transmitted through pipelines to the turbo-cooler. And only after cooling to the required temperature and cleaning the air is finally supplied to the salon. The whole operation takes time and precious energy.

“The traditional air conditioning scheme in the cabin has a big disadvantage,” – says Holobtsev. – “The air pressure and temperature are too high, so excess energy must be dissipated in the primary heat exchanger. The amount of energy discharged can be up to 30–40%.”

The solution could be switching to stand-alone compressors with high-speed electric drives. Their efficiency can reach 90%. Autonomous compressors increase the pressure of outboard air to about 0.105–0.12 MPa, and the temperature to 110–120 ° C. In the cabin pressure is 0.08–0.085 MPa. In order to obtain the required output parameters, the electric compressor must have a rotational speed of 40 thousand rpm, and power is about 70 kW.

“Creating new devices based on advanced technologies could help lighten the engine and free up its power for the movement of the aircraft in the air or on the runway of the airfield,” - notes Yuriy Ravikovich, the Vice-Rector for Research work and the Head of the Department “Engine Design”.