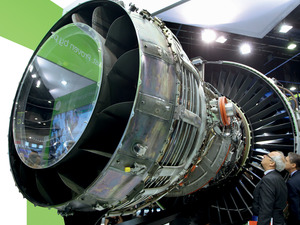 New requirements for the level of emissions of harmful substances and greenhouse gases in combination with technological progress and active government support are rapidly bringing us closer to the era of green transport. The internal combustion engines, which supplanted more ecological power plants during the twentieth century, are now becoming a thing of the past not only on earth, but also in the air.

Experimental electric vehicles appeared in the late 1820s and just a few decades later became a real alternative to steam engines. In addition to noise and smoke, a significant disadvantage of the steam automobile was a long start: in the two cold winter months it took up to 45 minutes. In addition, it was often necessary to replenish the supply of water, which greatly limited the power reserve. The vibration characteristic of steam engines made a trip not very comfortable. In the second half of the nineteenth century, internal combustion engines were easier to maintain, but when braking and accelerating, the driver had to shift gears, which made driving more difficult.

By the beginning of the twentieth century, the record for the power reserve for an electric car was 290 km, at a speed of 110 km / h. Serial models, of course, had much more modest parameters: mileage of several tens of kilometers, speed about 20 km / h. The most popular electric car of that time, produced by Columbia Electric, was worth $ 850. It was this starting price for the Model T with an internal combustion engine in 1908 that Henry Ford set.

In 1912, petrol cars in the United States still remained in third place in popularity with a market share of about 22%, but due to their operational characteristics and cost of ownership, electric cars have already significantly lost to a competitor. The price for them remained virtually unchanged, while Ford regularly lowered prices: in 1923, the Model T cost only $ 265. As a result, by 1935, electric cars were completely ousted fr om the market. 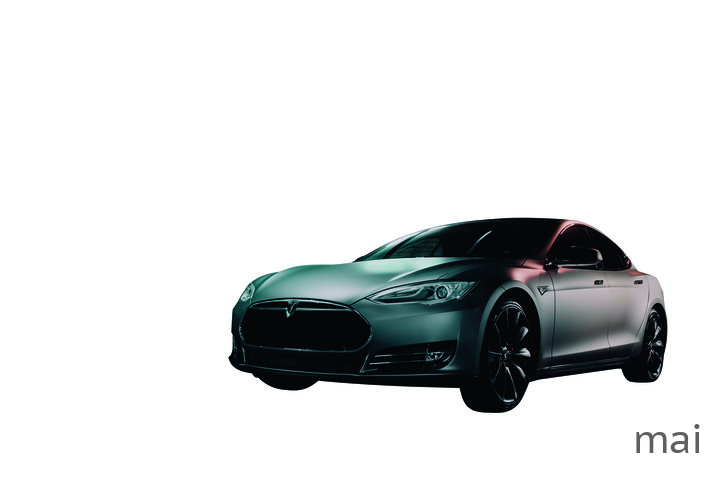 While in the West interest in electric vehicles was rapidly fading away, in the USSR, such developments, on the contrary, were only gaining momentum. The first Soviet electric car on the base of truck ZIS-5 was introduced just in 1935. In the back of the car there were batteries with a total weight of over 1 ton. Due to the large mass, the speed did not exceed 25 km / h, and the cruising range was 40 km. Later, using American drawings, Soviet inventors assembled the first electric bus with significantly improved speed characteristics, which was powered by both the contact network and batteries. However, due to the high cost and complexity of maintenance, the practical value of this invention left much to be desired.

In the postwar period, engineers of the Central research and development automobile and engine institute NAMI presented a new line of electric trucks. Ten of them were used in Moscow and Leningrad for several years to deliver correspondence, but they could not win a place under the sun. In 1968, the era of cheap gasoline and voracious internal combustion engines came to an end. Rising oil prices, the culmination of which was an embargo of Arab countries, forced automakers to revert to electricity. Already in 1973, the company Sebring-Vanguard presented the model CitiCar, the most popular car in the United States until the appearance of Tesla.

In 1976, in order to stimulate the production of electric vehicles in the United States and France, the first special state programs were adopted, however, low speed, limited power reserve and questionable ergonomics continued to limit sales. Despite a noticeable improvement in technical characteristics, electric cars today are suitable mainly for use in urban environments, and their price still exceeds the cost of gasoline and diesel engines. Nevertheless, by the end of 2017, global sales of electric vehicles exceeded 1 million units, jumping by 54%. Compared to the total volume of the market, which reached 71 million cars, this is still only a drop in the ocean, but in some countries the situation is radically different fr om the average. In Norway, electric cars occupy 39% of the market, in Iceland and Sweden, 12% and 6%. In China, which is the world's largest buyer of electric cars, this figure already exceeds 2%. 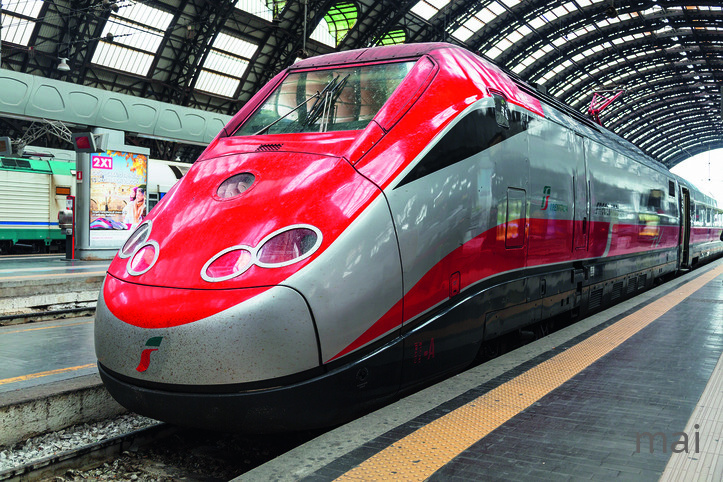 Large-scale government subsidies have catalyzed the rapid growth in sales of electric vehicles. Tax deductions for green transport buyers today reach $ 10,000 in Europe. In addition, a number of countries provide long vacations for property tax. The authorities of megacities give discounts on parking, actively develop the charging infrastructure and electrify urban transport. Carsharing has become another electrifying driver: providers of such services, on average, buy more ecological transport than private individuals.

In recent years, a number of countries have established minimum guaranteed volumes of state and municipal purchases of electric vehicles. Since 2015, at least 50% of new government vehicles in France should have low emissions. In Canada, the same indicator since 2019 will be 75%, in the USA since 2020 - 20%. In addition, some countries have approved bans on the sale of cars with internal combustion engines. For example, in Norway restrictions will come into force in 2025. Based on the analysis of technological trends and government policies, experts of the International Energy Agency in the baseline scenario of market development predict an increase in annual sales of electric vehicles up to 4 million units by 2020 and about 21.5 million units by 2030.

A key factor for the development of the industry is the development of new types of batteries. But if earlier, engineers sought to simply increase their capacity and reduce weight, now the recharge rate comes to the fore. This indicator correlates directly with the thickness of the electrodes, which are made both thin and strong at the same time only at the expense of substantial increase in the prime cost of production. In addition, this reduces the energy density of the battery.

Researchers are trying to solve these problems in several ways. First, they are looking for ways to reduce the amount of expensive cobalt used to make cathodes. Second, they improve the graphite structure of the anode to speed up the charging process. Thirdly, they develop various variants of gel electrolyte. It is likely that fundamentally new batteries will appear on the market by 2025. In a few more years, engineers will be able to increase the energy density of batteries, reaching the lim it of lithium-ion technology performance. In recent years, lithium-air and lithium-sulfur batteries can replace them. 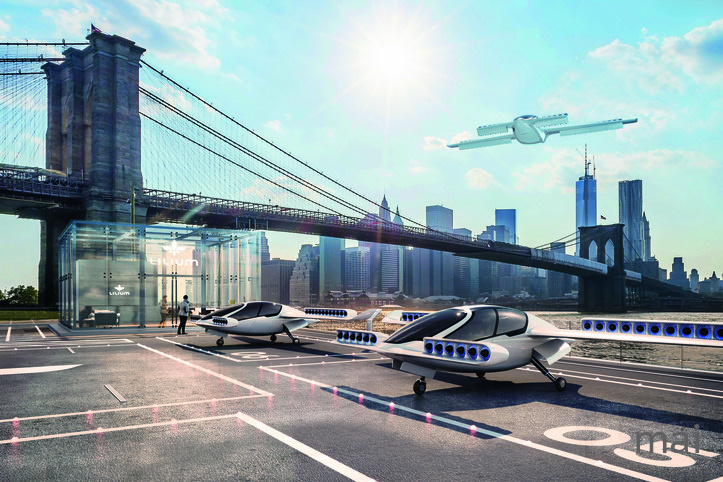 Revolutionary changes are taking place today in the railways as well. Robert Davidson made the first electric locomotive, which was moving with a pedestrian bosom, in 1838, and some time later, contact rails were patented in England and the USA. However, steam engines at that time had significantly better speed and traction characteristics, so for the next 100 years, steam locomotives were the main working horses of railroads.

To date, the level of electrification of railways in the leading countries of the world has reached an economically reasonable lim it, however, diesel-electric locomotives continue to dominate in the total traffic volume, in which the engine is provided with internal combustion. Such a train consumes an average of 50 megajoules per kilometer, while a locomotive on electric power saves energy by 30%. Currently, the most promising direction is the introduction of hybrid locomotives.

Like the car and the locomotive, the idea of ​​creating an electric aircraft engine is not new, but the first real aircraft on an electric motor took off only in October 1973. Today, priority is given to the three directions of development of aircraft engines. The hybrid electric circuit assumes either a parallel connection of the electrical unit to a conventional gyro-turbine engine, or a combination of electrical unit and battery to it. Electrical installation in this case can create additional thrust during takeoff and landing, or fully independently provide for cruising flight mode. The turbo-electric circuit consists of a gas turbine and electric engines: the first generates electricity, and the second rotates the turbines. Finally, the option of an all-electric power installation powered by a battery is not excluded.

Today, these three plants are successfully used in the automotive industry, but in the aircraft industry everything is more complicated. There are frequent cases of ignition and failure of lithium-ion batteries, so today the search for reliable protection against the aggressive contents of batteries continues.

Today, scientists and engineers from over 200 companies and institutes around the world are working on the electrification of aircraft. For example, United Aircraft Corporation, TsAGI and MAI participate in the RESEARCH project (REability & Safety Enchanced Electrical Actuation System ARCHitechtures) jointly with Spain, Italy and France. Conducted independent Russian studies. In particular, at MAKS-2017 a model of a Russian electric aircraft was presented, which uses the effect of high-temperature superconductivity. Based on this technology, by 2020 a serial electric engine for an aircraft designed for 9-19 passengers may appear.

At MAI begins the realization of the program for creating competence centers. The formation of the center of electrical technologies, which will be consist of the scientists of the 101, 310, 702, 204 and other departments, has already begun. Most of the joint research is planned to devote to prospective studies and research in the interests of large corporations.