Through friction to the stars 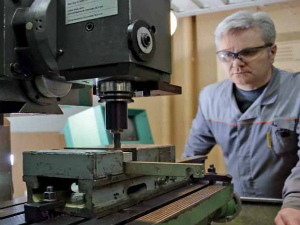 MAI, Khrunichev State Research and Production Space Centre and Tekhnomash Scientific Production Association used a new method of friction welding in the production of the Angara missile. This method revolutionized the world of machine building, and now it is certified for use in Russian space industry.

Without argon, without arc

The head of the Department “Technology of production and operation of aircraft engines” Aleksey Boytsov showed a placer of different in shape and color details-copper parallelograms, titanium plates, aluminum rings in his office. If you touch metal parts they seem to be solid, the welding seam was not noticeable even under closer look. More surprising the connection way of two sheets of different metals, for example aluminum or copper.

The plates are fastened without the use of classical argon-arc welding, used in metallurgy for more than a hundred years.Boytsov opened his presentation, where the instrument, by which the metal is connected, did not in any way resemble a traditional gas burner, rather a milling cutter for a milling machine. Some of this attachments are imported, and others (dozens of instruments) were developed by MAI techniques under Aleksey Georgievich’s leadership in Moscow. 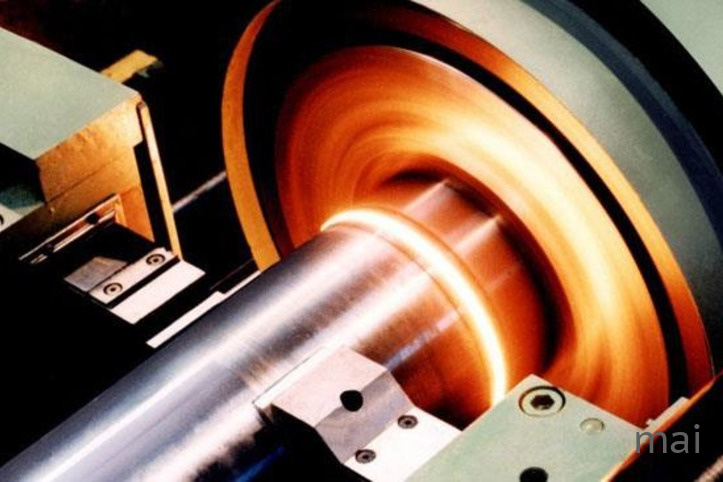 More surprising is that the strength of the weld is even higher than the traditional one. The proximity to another direction of metalworking, milling cut, gives a lot of advantages. Energy consumption (metal does not require heating before melting) is reduced at least 10 times, the speed of the metal connection increases. The checkers can in some cases be adapted to work on modern milling machines, and the quality of the seam itself, as a rule, is better than the traditional one, made by the methods of argon-arc or electron-beam welding.

It is surprising to hear that Russia turns out to be the country where the new method of metal connection was developed.

Technology which we lost

We remember 1967 as the year when the construction of the Ostankino Tower was completed, but an important event in the world metallurgy turned out to be almost invisible. The USSR inventor Yuri Klimenko applied for a patent of a compound of metals by friction. As Professor Aleksey Boytsov said “most of Soviet industrial and scientific institutes didn’t pay attention for the idea of a perfect scientist.

A quarter of a century later, already at the time of the collapse of the USSR, when the archives of the Soviet Patent Office opened, the idea of a Soviet metallurgist began to be introduced by the British. In 1991, the British Welding Institute received an international patent, and after 2000s new technology began to spread in industry, and especially rapidly in the transport industry.

The world's aircraft manufacturers began to use most actively the idea of ​​friction welding in the production of modern aircraft. The details of the fifth-generation aircraft F-22 Raptor are connected, using a new welding technology. And also the new business jet aircraft Eclipse is being piloted. In aerospace construction for welding of critical structures of the fuselage, fuel tanks, panels of various purposes, friction welding are used by all the leading manufacturers: NASA, Lockheed Martin Corp. , Boeing, Airbus Integrated Company, Wisconsin Center for Space Automation & Robotics, Oak Ridge National Laboratory, MTS Systems.

Welding by friction is spreading in shipbuilding and in the railway building. This technology was used by Friction Stir Link in the production of the gunboat Littoral Combat Ship, and in Japan welding is used both for the creation of separate A-train railway cars and high-speed Shinkansen trains. And in recent years, welding by friction has also been used in the construction of pipelines

However the most famous product, made by welding friction, is the spacecraft SpaceX, in the manufacture of its tanks was used a new technology.

Special Technical Conditions is ours!

One of the most important stages in the introduction of a new technology for the most complex technological industries has been completed this year in Russia. Partner with Khrunichev State Research and Production Space Centre and Tekhnomash Scientific Production Association , MAI scientists successfully applied the method of welding by friction by steering on the construction of the Angara rocket.

A weld of length over 10 m was obtained by combining sheets of aluminum-lithium alloy of “Angara” fuel tank. Previously Roskosmos used the method of electron beam welding, in which, firstly, the welded surface had to be vacuumised, and then exposed to an electron beam. MAI specialists made an instrument - special checker - pins for machine tools, and adapted them to the nuances of the alloy. However, the main thing was that Roscosmos confirmed a new special technical conditions(STC) for the application of new technology. Boytsov hopes now the introduction of the STC to other industries would be easier.

Victor Kulik from the Technomash said that this new method would allow to significantly accelerate and reduce the cost of welding. The scientists not only created the technology, but also designed a special tool that takes into account the features of the alloy. To produce the tool MAI specialists use their own developed technology of electrospark milling, which makes it possible to obtain the complex shape of the surfaces, necessary for receiving a high-quality weld.

Moscow Aviation Institute was one of the first technical universities, which included a course on welding friction in the curriculum at the beginning of 2000s. Later the graduates of the university, many of whom work at All-Russian Scientific-Research Institute of Aviation Materials (VIAM), National Institute of Aviation Technologies (NIAT), Technomach, began to engage the development in the industry. As a result MAI was able to adapt a new method for combining not only low-melting materials, most common of them are aluminum and magnesium, but also for titanium, copper, stainless steel, and composites.

The adoption of STC by Roscosmos can be a turning point in the use of technology in other industries. Welding by friction produces a real revolution in modern engineering. The process of joining metals (mainly copper and aluminum) does not require high and normal temperatures for ordinary welding. Aluminum is bonded at a temperature of 300 ° C, copper at 500 ° C, and work is actively being carried out to use the technology to create titanium parts. Russia has some of the most advanced competencies in the world.

Moreover, as noted by technologists, during the technical process, microstructures that are even stronger than the main material can be created. Typically, the tensile strength and fatigue strength of the weld seam is 90% of these characteristics for the base material, at the level provided by the use of expensive electron beam, diffusion and laser welds. Arc welding gives a weld strength of 60 to 80%. The energy costs are ten times or more lower than in electron-arc welding, the thickness of the welding by friction sheet materials has reached 110 mm for aluminum alloys, and 45 mm for steels and nickel alloys. “We made a great progress in the welding of titanium, stainless steel, copper,” – noted Boytsov. Most of Russian research institutes are still studying these problems. 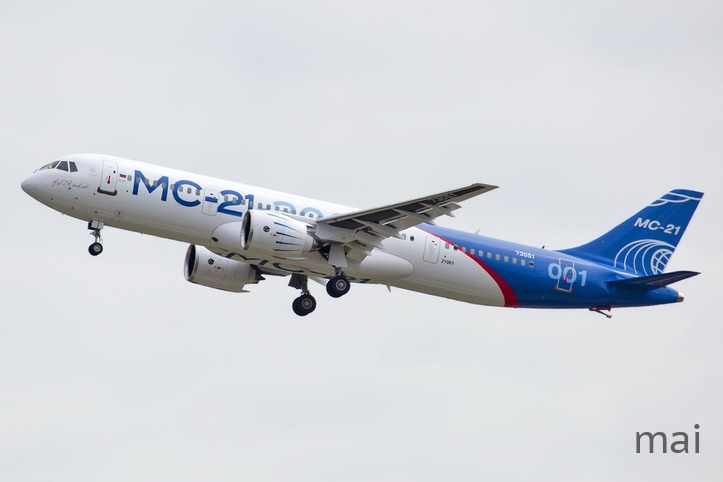 Up in the air!

Now the priority of MAI technologists is the spread of a new welding method in aviation. In a modern aircraft there are more than 2 million rivets. STC can multiple reduce the weight of normals. MAI scientists made developments in the interests of the Airbus concern together with colleagues from VIAM.The first contacts have already begun. Experts of MAI welded samples of panels made of heat-strengthened aluminum alloy for the new civil aircraft MC-21.

Negotiations are also under way on the use of STC for connecting parts for the SSJ100 aircraft. Recently, the MAI specialists went to Komsomolsk-on-Amur. Both Russian and world aviation use conservative rules for the certification of new technologies. “Welding by friction is a dynamically developing way of obtaining compounds. Every year its use grows by 20%. We have all opportunities for successful implementation in the industry,” - Boytsov said.